Are my stepper motors being burnt out? What is the issue here?

I am building a mini-cnc laser engraver as shown in this intructable and this youtube video.

I have built the circuit (minus the jst connector and two male pins at the top left of the board) and have attached a stepper motor from a dvd drive. It worked like a charm, but made a loud ringing noise (like tinnitus.) I proceeded to test it with laser GRBL, and it moved great, but gradually started missing steps, at first only in one direction and eventually in both. After a couple hours of being connected, it wouldn't budge at all. I switched the motor for another motor, and tested it again. This time the motor was much shorter-lived. It made 5 steps perfectly and then just shut off. You could hear the motor try to turn, but it was like it didn't have any torque at all. What could be the issue? (I also tried it on the other axis with the other motor driver, no change.)

It's also worth noting that at one point both the positive and negative (ground) cables from my power supply made contact with metal at once, throwing a spark. However, the steps were already beginning to be lost before that happened.

As per your request, I have attached the circuit layout I am attempting (it's identical to the one in the tutorial) as well as a picture of my physical circuit board. (sorry, a link was my only option as the pics were to big for upload) I know the soldering is pretty bad- I have a giant soldering iron. I don't see any shorts though. 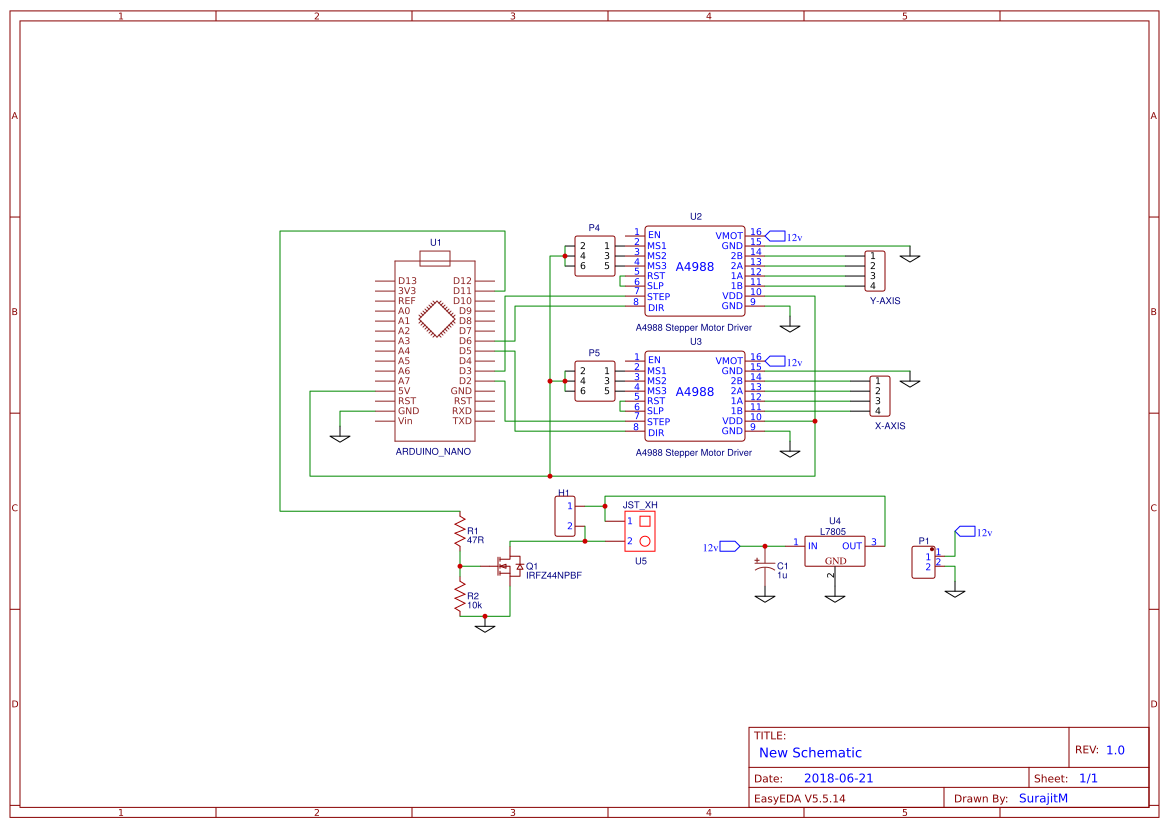 So the problem was that somehow the potentiometer had reset its own vref output. I couldn't adjust it after it did this. I replaced both drivers and it works like a charm now.

Not the answer you're looking for? Browse other questions tagged arduino-nano power motor stepper-motor a4988 or ask your own question.

3
Autonomous Quadcopter power distribution and sensing concerns
5
Salvaged Stepper Motor Blues
2
Discrete H-Bridge very low current output
1
Arduino + TMP36 + DC Motor
1
Ways to turn a knob with a stepper motor and an ATMEGA32u4
0
Is My Motor Shield Broken?
1
Trouble trying to turn a stepper while a button is pressed down
1
Why is my Arduino Nano's buzzer clicking?