I am using PT100 (3 Wire) to measure the temperature with Arduino Uno and MAX31865. I have connected everything perfectly. Configuration in the code i am using is :

And the output is:

I am testing it in a room temperature.

My question is , is there any settings or calibration that i need to do, or any other way to test the PT100 sensor, because the temperature is showing correct readings ?

arduino-uno temperature-sensor temperature
Share
Improve this question
asked May 17 '19 at 8:47

I nearly have the same problem. I use five of the MAX31865-Boards with 2-Wire Termocouples on an Arduino Nano. Two of the five boards are working perfectly. The other 3 boards show exactly the same wrong behaviour you described. My temperature readings are exactly like yours (-242.02).

(BTW: If I remove one working board from the SPI bus and read out the temperature with the arduino, I get also the value of -242.02. This value seems to be an error value in the Adafruit MAX31865 library)

EDIT: Fixed it with a workaround!Like shown in the picture below, simply remove the wrong component (SMD Capacitor) and create a solder bridge . See comments for more informations!

Here is a picture of my modification of one chinese board as requested by the comments: 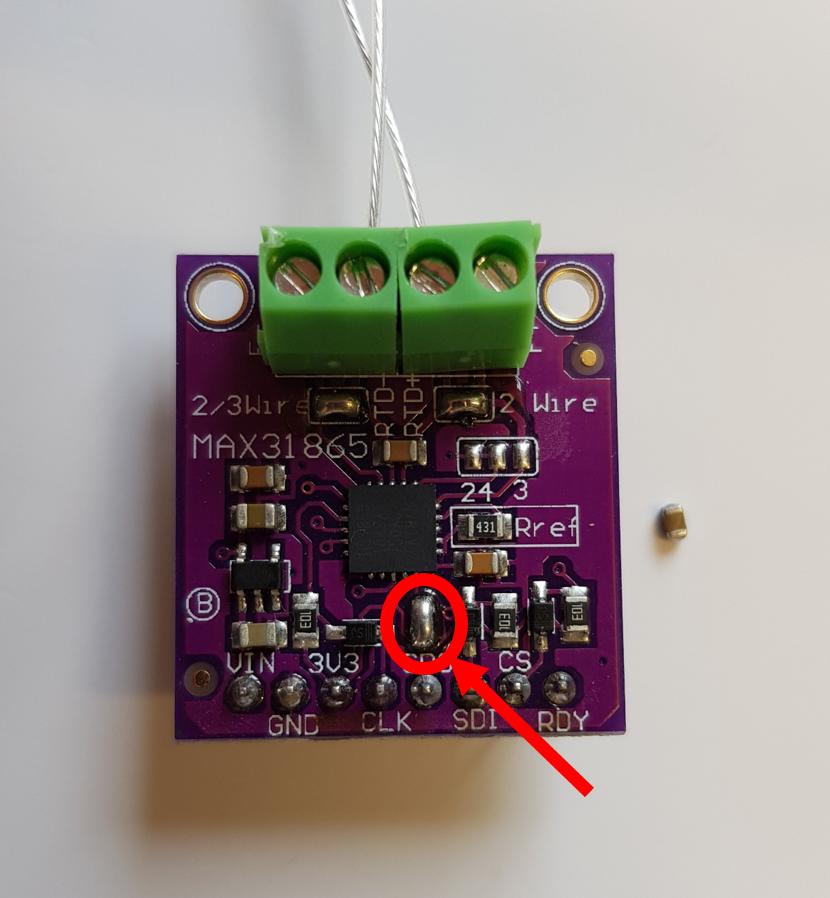 (It's not the best solution, but it works. For final using you should get the right filter ferrite and solder it on the board!)

Not the answer you're looking for? Browse other questions tagged arduino-uno temperature-sensor temperature or ask your own question.