Why does current flow along a wire instead of a resistor right next to it? [closed]

I am having trouble understanding exactly what is going on in a circuit where when a button is pressed an LED goes on. Also, I have the Arduino UNO.

The schematic can be seen at:

2:36 of this video: Arduino Tutorials: Control a LED with a Button. 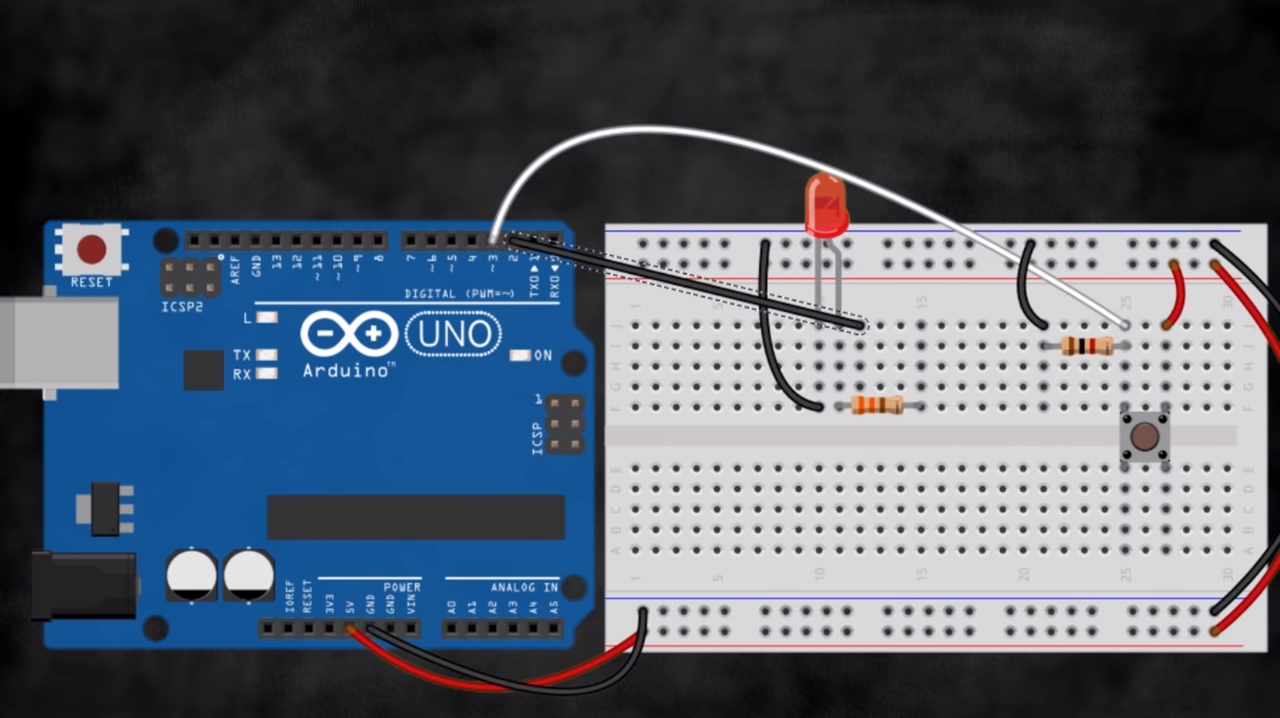 So, the part that I don’t understand is, how come when the button is clicked and the current can pass through, the current doesn’t go through the pull down resistor and instead goes along the input wire? 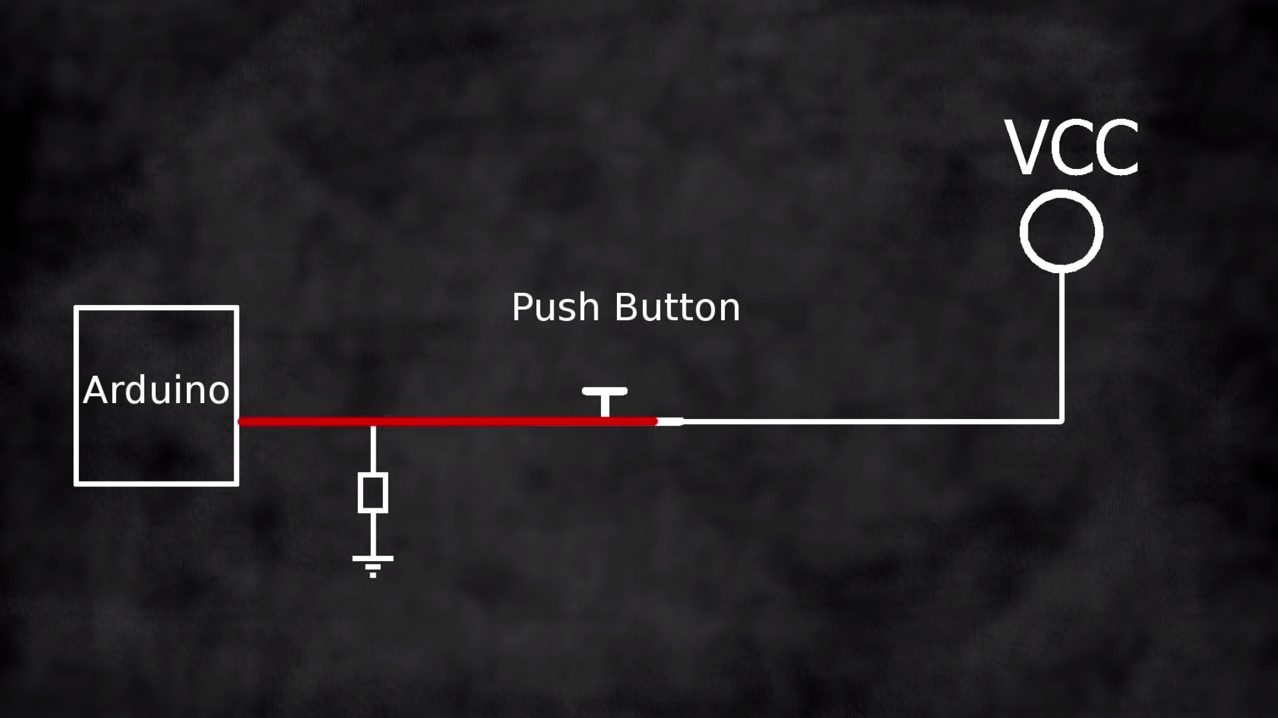 I’m a beginner but do understand concepts like voltage, amps, resistors, Ohm’s law, etc. So answers don’t have to be super simple, but simple enough that I can understand them. Thanks!

So, the part that I don’t understand is, how come when the button is clicked and the current can pass through, the current doesn’t go through the pull down resistor and instead goes along the input wire?

Simple: It does go through the pull down resistor. But it also goes down the "input" wire.

For simplicity you can imagine that the input is simply a very large resistor. Say, 1MΩ.

The circuit can then be simplified as:

Contrary to popular belief, current does not take the path of least resistance. It takes all possible paths. The quantity of current through each path is proportional to the resistance of the paths.

In this example we have two paths - one with 10kΩ and one with 1MΩ. That's a ratio of 1:100, and the current will be split accordingly.

You can calculate the current that flows through each resistor simple using Ohm's Law because the wires and switch are (in an ideal world) just not there. The 5V is directly connected across each of the resistors.

So for the 10kΩ resistor the current through is is:

The full current that the circuit takes is 505µA, with it split between the two resistors.

However, with all that said, the Arduino really doesn't care about the current. All it cares about is the voltage. With the button pressed both the input and the 10kΩ resistor are connected directly to the 5V supply - so the Arduino reads that as "HIGH". When you release the button the input is now connected to ground through the 10kΩ resistor, but there's no current to flow, so there's no voltage across the resistor (the voltage across a resistor is proportional to the current flowing through the resistor - Ohm's Law), so it's as if the input is connected directly to ground - and the Arduino reads that as "LOW".

To be more technically accurate the input of the Arduino is actually more akin to a tiny capacitor. When you apply 5V to the input it charges that capacitor up. Once it reaches 60% of 5V the Arduino recognises it as a "HIGH" signal.

When you release the button that capacitor is then connected to ground through the resistor, and it discharges through that resistor. Once it drops to 30% of 5V the Arduino sees it as being "LOW".

If you don't have the pull-down resistor, when you remove the 5V from the input that capacitor is still charged. So the Arduino still sees it as a HIGH. The charge in the capacitor will slowly bleed away until it's low enough to be seen as low.

But, (and it's a big but), the capacitor is very sensitive and can be charged up again by ambient energy around the place (radio waves, static electricity, etc). It can harvest enough energy from the environment to get back up to the 60% of 5V and be seen as "HIGH" again. This is known as "Floating", and is something you do not want in your circuit. The input "flaps around" between HIGH and LOW with no control. Which is why the pull-down resistor is absolutely essential.

the answer is within the question, Electrons will quite happily travel along a wire until they hit resistence as in a resistor. where there is less resistence too flow that is the path they will take. The path of least resistence you might say.

Not the answer you're looking for? Browse other questions tagged arduino-uno button resistor or ask your own question.

9
Digital Read Serial tutorial - calculating the resistor value
2
Arduino sending keystrokes via push-buttons. Proper bouncing and manually setting buttons?
2
Arduino how to loop a method
0
In a circuit with a switch and a pull-down resistor, why does the high impedance of the input not discourage current from flowing into pin?
2
What is the lowest resistance pot that is useful with an analog input?
1
Switching external power supply to 5V cooling fan with an Arduino and 2N2222 transistor
1
Garage door button with delay feature
0
Why does per-led current consumption diminishes when more leds are on?