Generate a ramp input with an Arduino Uno

Is there anyway to generate a ramp input from an Arduino Uno? A visual depiction of the pulse I am looking for is as follows: 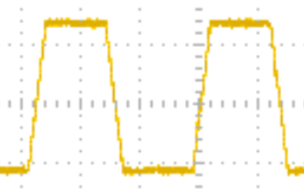 With other microcontrollers, I was able to use their in-built DACs, however I am aware that the Arduino UNO doesn't have any? Is there a way using PWM or analogWrite to output these type of pulses? I'm new to Arduino programming, so I'm a bit unsure. However my next guess would be to use an R-2R ladder to output this type of pulse?

A RC filter will create a slow slewrate. 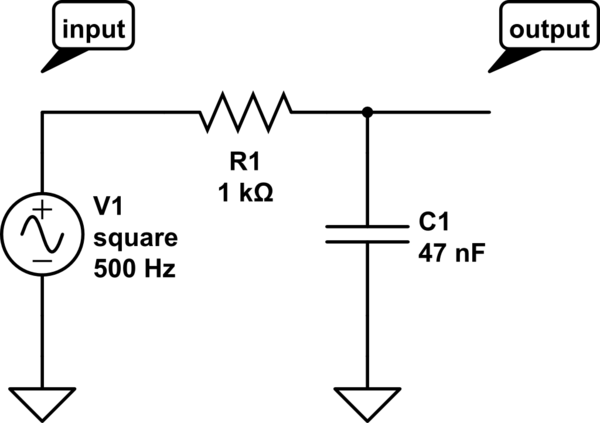 The circuit creates this signal: 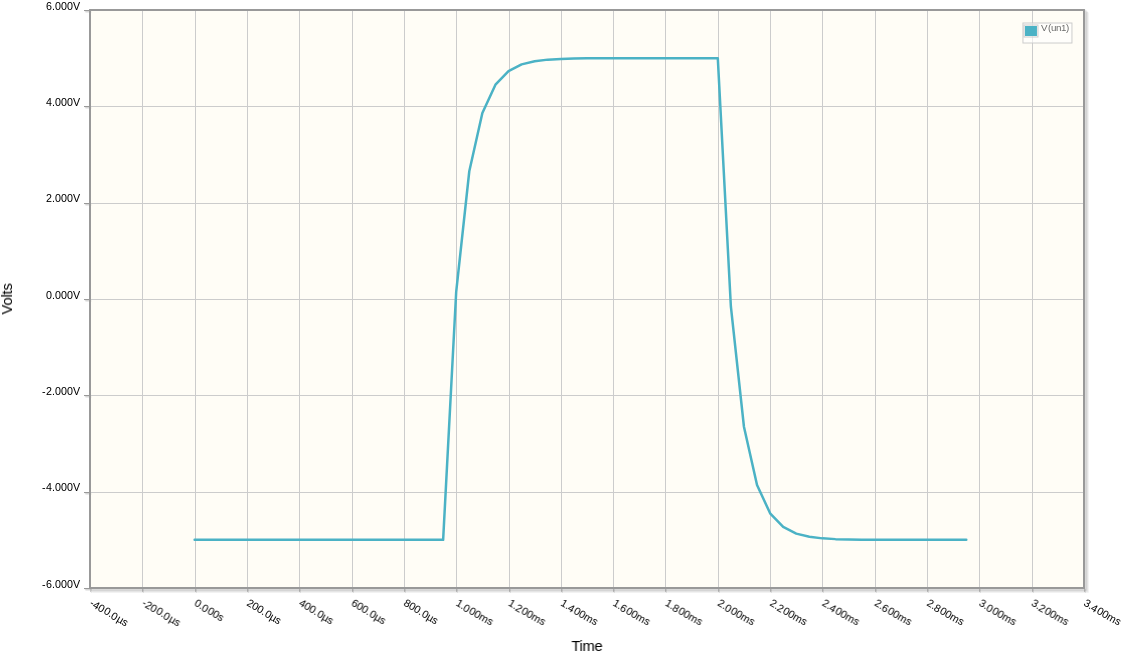 A slow rising signal and a fast falling signal can be created with an extra transistor (the signal will be inverted). 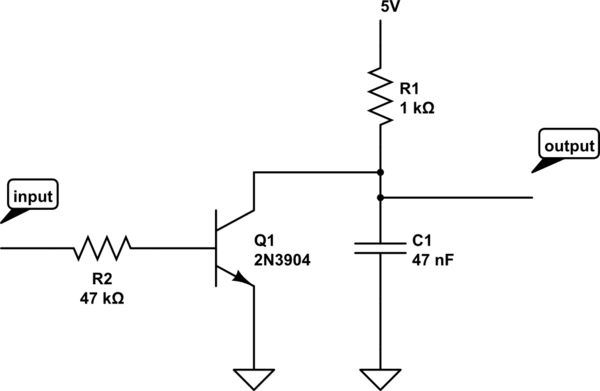 For a linear rising and falling edge, a resistor network with a few digital pins is a simple solution. I think it can be created with an opamp circuit as well, but there are also special chips called "slew rate limiter".

By "ramp", it seems that you mean a square wave with sloping rather than vertical edges between + and -. Can you clarify the question further: do the sloping parts need to be linear?

Direct synthesis of the waveform could be done using the digital output ports and an R2R ladder, as suggested in the comments. Each PWM timer output of the AVR can control output of 2 digital pins and definitely with a timing precision better than 1 microsecond. If high voltage resolution is needed, this method may not be able to produce the result you want.

Not the answer you're looking for? Browse other questions tagged arduino-uno voltage or ask your own question.

0
How can I create analog signal which is similar to PMT(Photo Multiplier Tube) pulse using analog write?

8
How can the Arduino Uno support up to 12 servos if it only has 6 digital PWM pins?
5
Capture output from external device using Arduino Uno
1
How big of a difference is there between an Arduino Uno and the rest?
0
Pinout of Arduino 9 Axes Motion Shield
2
How can I generate a sinewave with Arduino Uno?
12
How to output a true analog voltage at output pin
1
Arduino Uno with PWM driven motor and 433 MHz wireless receiver don't work
0
Laser Controller using Arduino Uno