Can I program for Arduino without having a real board?

I would like to start the development of some basic Arduino projects but I don't own an Arduino board yet. Is there a way I can write my code and emulate/test it using a desktop computer so after my board arrives I just have to upload and run my project on it?

There are a whole slew of Arduino simulators out there, many free, and some paid products as well.

Many other Arduino simulators are out there if you search, and new ones are being announced, even crowdfunded, all the time.

I like to use circuits.io aka TinkerCAD for this.

It's cloud based and has some nice features including PCB design and collaboration.

IMO the Arduino simulation and capability is impressive and intuitive.

Plenty of options exist in the world of electronics simulators, but circuits.io aka TinkerCAD is probably the most versatile one out there. 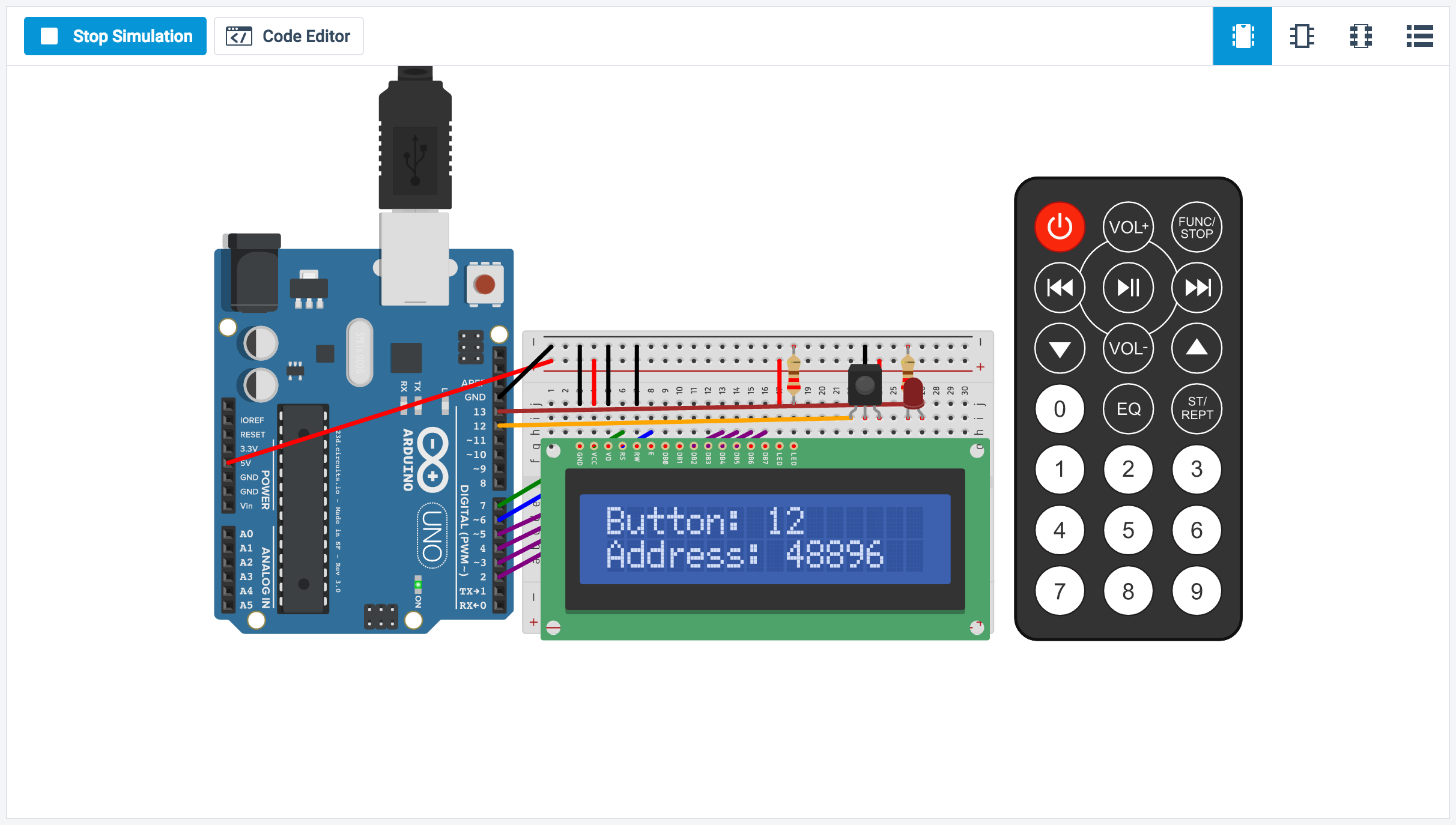 This is an example circuit that has with an IR Remote and an LCD Screen.

Disclaimer: We are the makers of 123D Circuits

Be aware that no simulator will reproduce real-life situations. There have been plenty of posts on the Arduino forum about problems with code or electronics, which turn out to be something subtle, such as:

By their nature simulators can't reproduce all of this. Even if they could, would you think to toggle the "insert random noise from motors" option?

As for getting ready for the board to arrive, download the IDE and start programming. You can get libraries installed, code written and free of syntax errors, organize it neatly, and be generally ready for the big day when the hardware is in your hands.

Have fun and enjoy experimenting with your Arduino!

You can use Yenka (free for home use) to simulate Arduino, PIX, PIXACE and other boards with digital, analog and serial I/O. It provides a lot of components and sample projects. 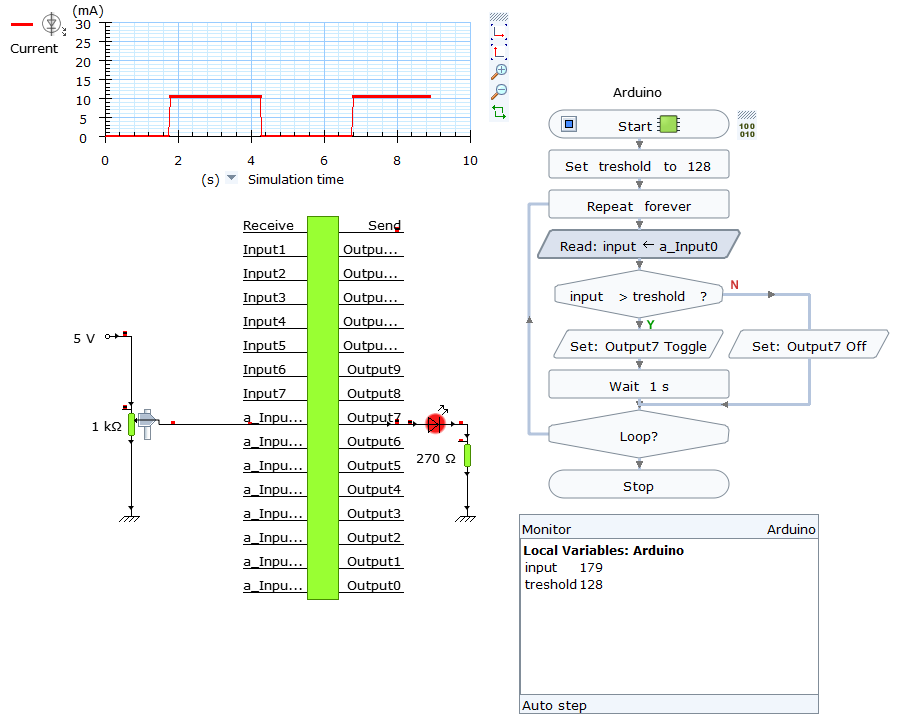 Yes, you can, try using Proteus ISIS for simulating your code...

For full emulation of Arduino, there is a shareware program called VBB (Virtual BreadBoard), I tried it too and it was nice.

Edit: You can check my detailed tutorial here on how to simulate on Proteus ISIS

I believe this website has a list of both emulators and simulators along with their price and availability.

Since some users mentioned there are broken links in that website, here's a selection of emulators I found. Note that some descriptions may have been taken from the mentioned link:

You can still use simulators such as EasyEDA to test your code and in most cases be able to run it on the device. But note that given the nature of electronic components, you may have to provide external resistors, capacitors etc to get the expected results.

I am working with the new Wokwi Arduino Simulator. Wokwi Arduino simulator is based on AVR8js engine which is made open-source. You can find the link here

Following are the main features of the simulator

• Whatever compiles on the Arduino IDE will compile on the simulator

• Supported by all browsers

• Supports FastLED and many other peripherals

• Project can be compiled on RUN on Mobile browsers as well

• Serial monitor is supported as well 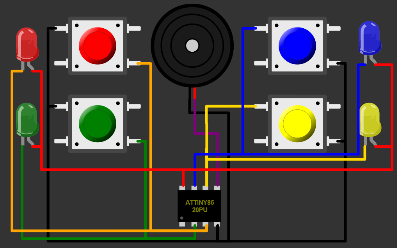 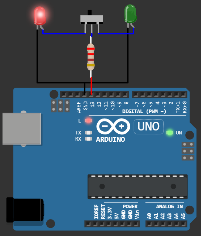 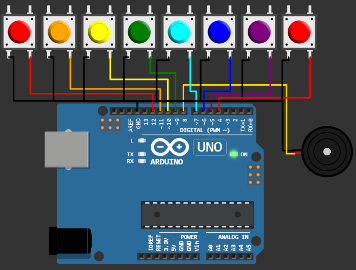 Supports concatenation of the Max7219 modules 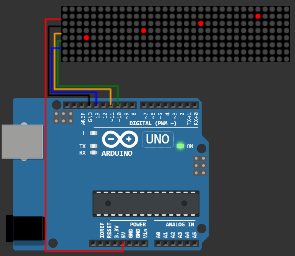 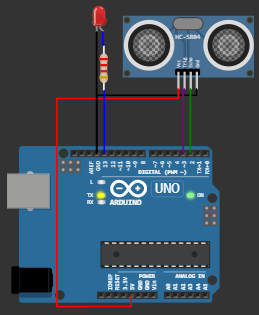 Bounce is the basic problem in most beginner projects. That can create multiple input triggers, unwanted noise and makes the project to misbehave. Sometimes can be difficult to identify without proper debug or measurement tools. Knowing about the bounce in switches and tips and tricks on how to solve it is an interesting study for every beginner hobbyist. 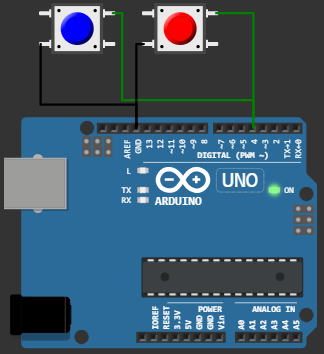 LCD1602 is one of the best HMI and has been here for a long time. It helps in debugging projects during run time, we can also use it along with a keypad to make a completely practical HMI (human-machine interface). Very easy to use, and easy to learn about programming. 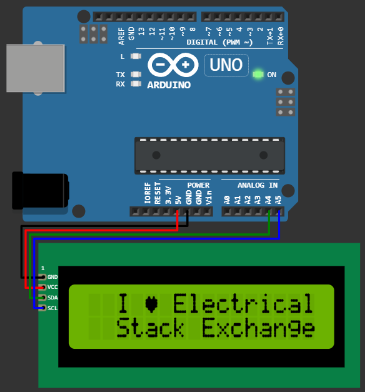 FastLED is a second revolution in the history of LEDs. It was never easier than now to program multiple LEDs with just one Arduino Pin. With the growing FastLED community (reddit, wokwi-Discord, and others) and FastLED examples and libraries, This is one of the most important elements in the wokwi Simulator. 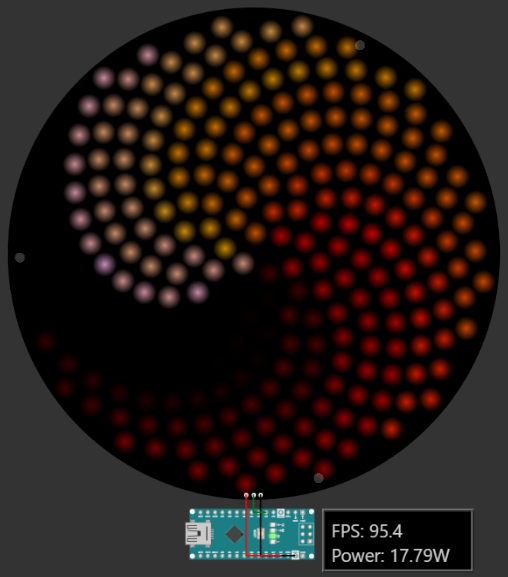 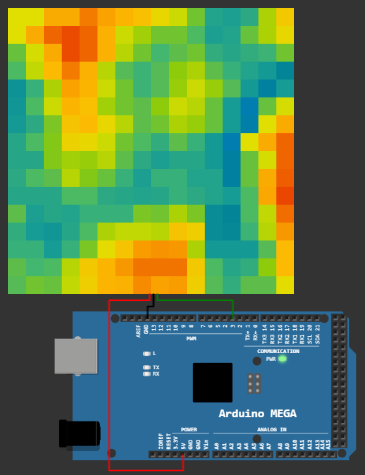 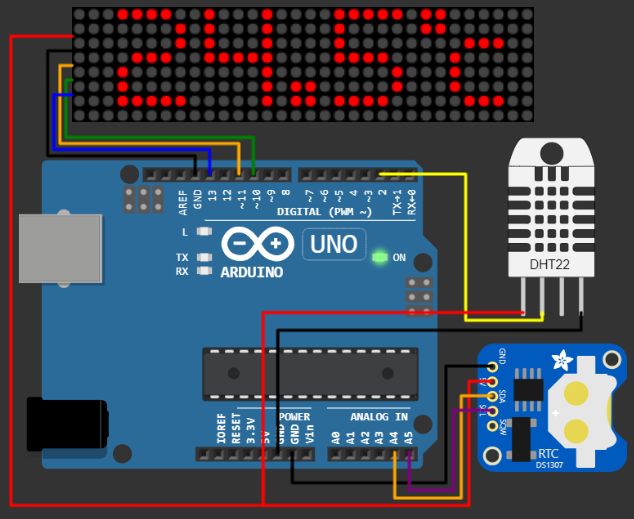 The serial plotter is a very useful feature when working with analog peripherals. 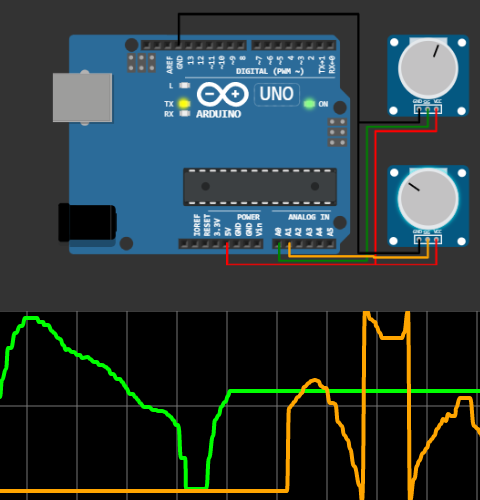 The Arduino simulator is free for the Arduino Community to use. We are adding more elements one after the other. It is free and we invite you to try it as well.

Virtualbreadboard has a new VBB4Arduino 'Two Arduino's' edition which includes BOTH a JVM Arduino emulator AND a AVR Instruction set simulator with examples that cover almost all of the Arduino distribution examples and a bunch of peripheral hardware - LCD's, WS2812 Neo LEDS, Motors, Servo's, Logic Analyser and more.

Disclaimer: I am the author of Virtual Breadboard

You could e.g. use my simulator. It is especially suitable for PLC-like applications, where multitasking is achieved by cyclic evaluation of interconnected circuit-like objects: Timers, Markers, Latches, Oneshots and Registers. You can use it to simulate your controlled system as well, as becomes clear from the examples in the download. It has modest visualisation capacities, can draw timing charts, and allows you to access and alter c.q. force all variables in real time during a running simulation. Also you can freeze time. When you're satisfied with the behavior of your control it generates the C code to be uploaded to an actual Arduino.

If you mean being able to "unit test" using a desktop computer, I can offer a library I wrote called arduino_ci.

It doesn't offer emulation. You would express your tests in code. For example, here is a test pulled from the reference documentation that validates the data written to a port:

In practice, you would probably not be calling the digitalWrite functions directly -- you'd call a function in your library, then verify that the "world state" (represented here by the GODMODE construct) matches what you expected your library to do.

Yes you can, and fairly easily. There is a wonderful online simulation (completely free) called TinkerCAD. It has an excellent breadboard simulation, with parts like transistors, LEDs, ICs, and Arduino. You can program the Arduino and run it all in a live simulation that includes interactive inputs (pushbuttons, DIP switches, etc.).

[Edit: The following text refers to functionality that has been moved to Circuits.io, namely Eagle PCB]

That's not all. It also includes in a separate tab schematics for your circuit, and another tab for PCB design of your breadboard circuit! Or, you can just make your schematics from scratch and make your PCB from there.

You can have your circuit designs made and you can buy them. You can do all of this in circuits.io, and you aren't risking messing up your actual Arduino. It also has warning indicators in the simulation (for example, if you didn't use enough resistance on an LED, or an IC).

An alternative to simulators are services similar to online compilers like coliru, which allow users to build and run their code on a remote system. This approach has the same limitations as online compilers:

Typically, most online compilers provide users with access to command line and process STDOUT. On Arduino, providing remote access to the serial port would provide a similar degree of control: users would be able to observe and control their running sketch through UART, but would not be able to connect/remove wires, push buttons, act on external sensors, etc.

Surprisingly, I couldn't find any such online services, so I ended up writing my own - HW Farm. If you have a web server and Arduinos you can connect to it, you can install HW Farm on it and let people access those Arduinos through a web interface. I also host such a server myself, which has a single Arduino Mega with a bunch of I2C devices connected to it. You can try it out, but don't expect it to be online and available all the time.

Not the answer you're looking for? Browse other questions tagged emulation testing or ask your own question.

17
What is the best way to unit test my code without controller?
4
Is there an Arduino simulator that runs on Mac OS X?
1
How to test Arduino behaviour on Windows?
1
Free simulation software for arduino hardware
1
There is any way to simulate an arduino due?
-1
Arduino uno simulation software for windows
4
Suggestions for a program for drawing simple schematics
1
Generate a true analog signal using Arduino
0
is there any real arduino emulators (so I can upload and run machine code on it)
0
Arduino Simulator for Windows that can be detected by Arduino IDE through a Virtual COM Port
See more linked questions

0
Testing Arduino with Visual Studio Community 2013 raise LNK error
0
Can I program the Arduino without having an actual board with the able to emulate a COM connection to the computer?
4
Is it possible to use extra AVR Flash memory as non-volatile EEPROM-like Flash memory storage?
0
is there any real arduino emulators (so I can upload and run machine code on it)
0
Can arduino-cli verify sketches?
1
Interrupt is activated as soon as I insert a jumper wire into the port
2
How compile an Arduino program for a desktop PC
1
How to build and run AUnit tests