Is my board broken by soldering?

I've soldered a featherwing on my feather, then unsoldered it because it had stopped working: after the soldering of the featherwing, I was unable to upload new software to the board.

But now that the featherwing was removed, I still can't upload a software onto the board.

I used to have this error from time to time before, but I always was able to make it work, either by using another USB port, choosing the right port for the arduino or rebooting Linux, but now nothing I do works.

So, I think I might have broken the board because of the soldering/unsoldering.

I attached the pictures of both sides of the board. 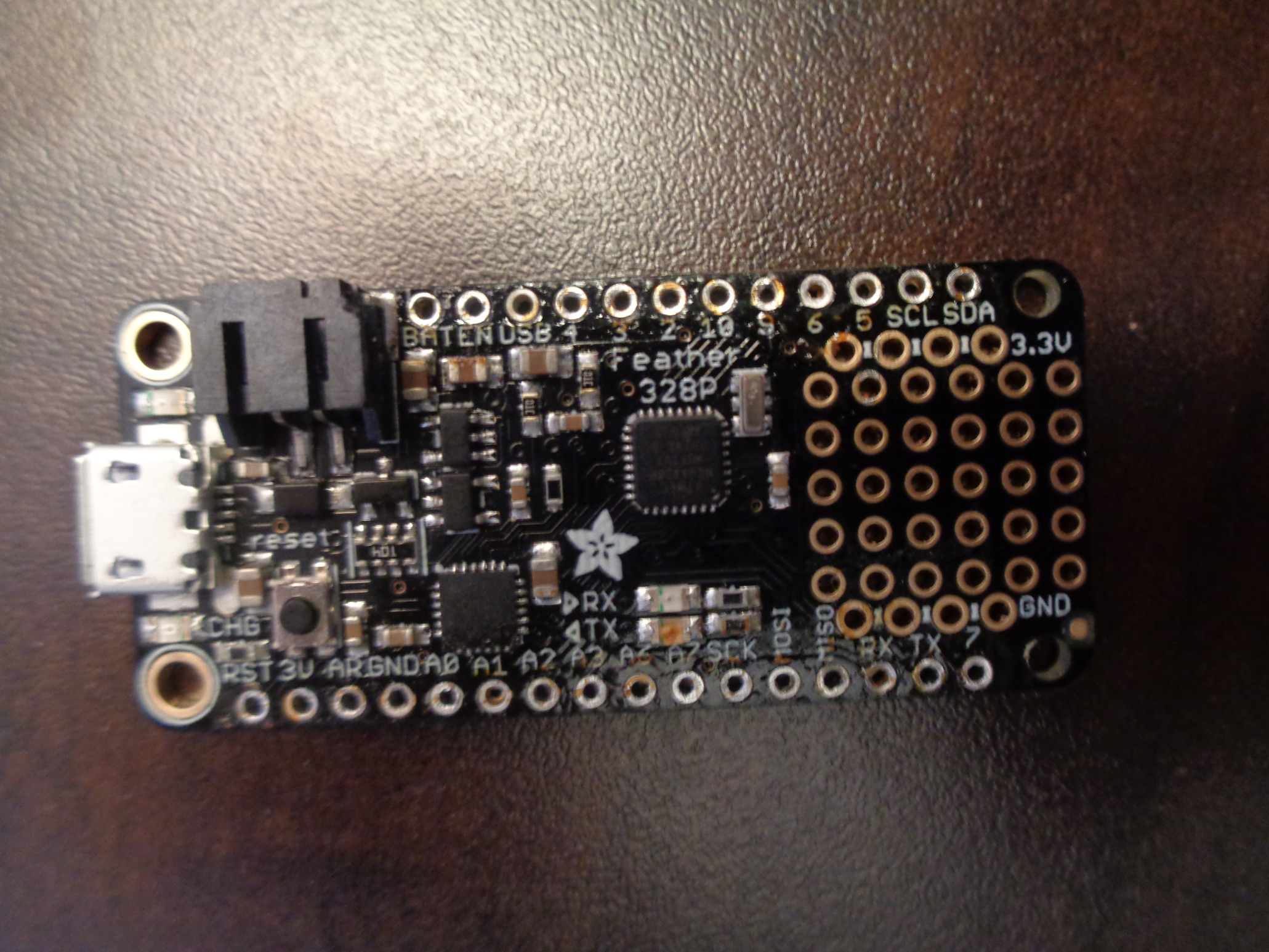 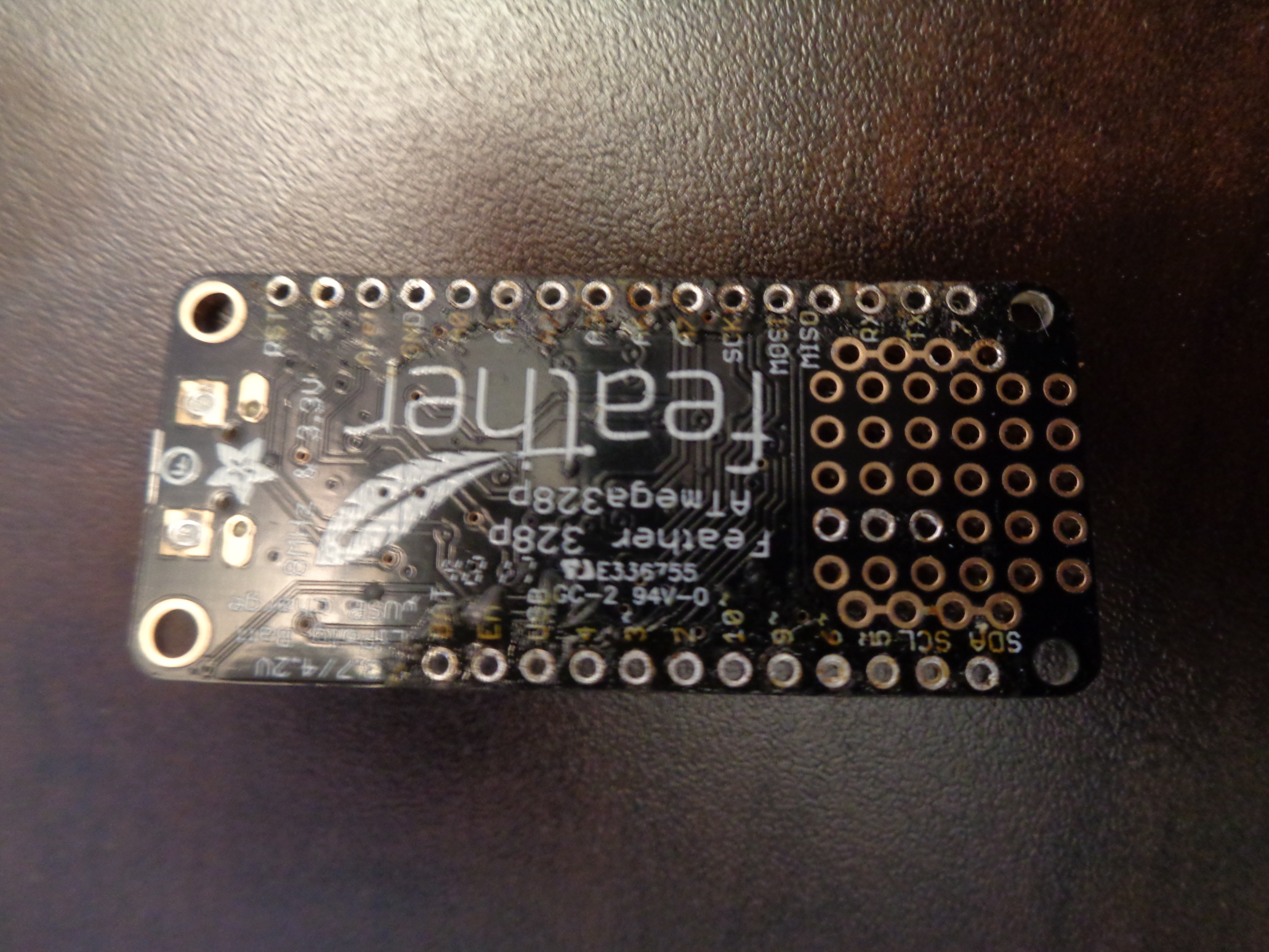 Three LEDs continue to blink: the red one when I connect the board to the USB, the battery one and the RX one when there is an attempt at transmission.

Can you tell me whether the board looks damage?

It looks like you have soldering paste all over the circuit board. If enough paste bridges a gap between the ceramic resonator and the IC, it can attenuate the oscillator signal to the point where the board won't work.

I use an old tooth brush and Isopropyl alcohol to clean excess soldering paste. As the alcohol evaporates, a lot of moisture forms on the circuit board, so it's important to ensure it's completely dry before you power it up.

Try cleaning the circuit board and see if that fixes the problem.

I would like to show you how much soldering paste it takes to stop a 328P from working. The following image shows the bottom of a perfboard with 0.1" hole spacing. You can see the soldering paste bridging the gap between pins 8, 9, and 10 of a Atmega328P DIP IC. Pin 8 is ground, and pins 9 and 10 are connected to the crystal / capacitors. All three pins are connected together via the paste, and since I forgot to clean the board before "final assembly", it's possible other pins are connected together via the paste. 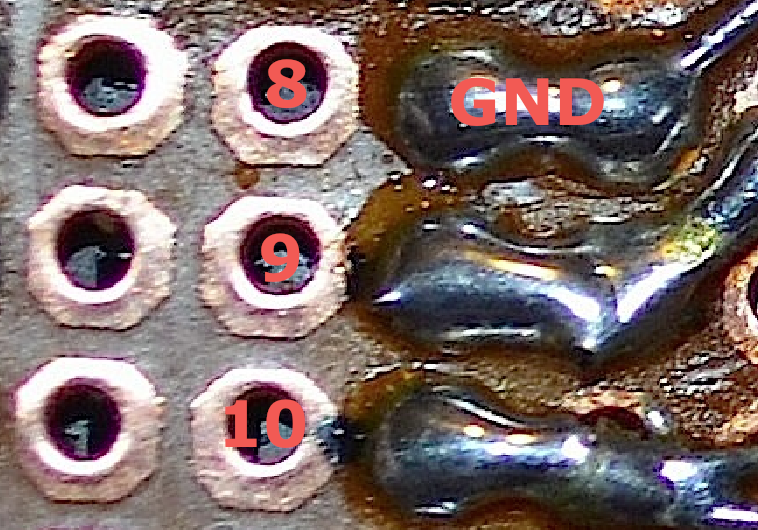 The circuit board is from a "kitchen clock project", and was taken the day it stopped working. There are no mechanical connections to this circuit board except for the 328P's IC socket. This clock worked for 3 months, then it quit suddenly. I re-booted it once, it worked for an hour, then it quit again. The only factor that changed after the first three months was a change of seasons (the ambient temperature in the kitchen was reaching 90+ degrees F during the day). I don't know if the "blobs" of paste were touching each other when I assembled it, but they were when it failed. How does thick soldering paste start moving around on it's own? With some heat and Capillary action of course :)

Cleaning the board with Isopropyl alcohol fixed the problem, and the clock has been running for the past 6 months without issue. 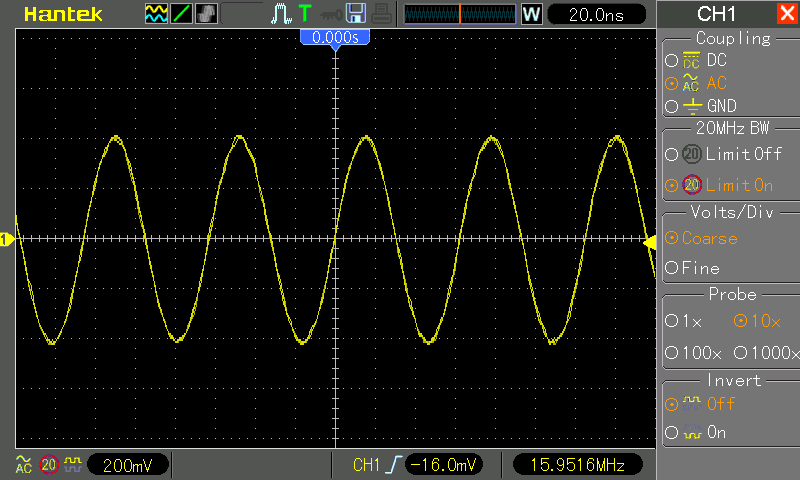 You can see the small amount of voltage change the oscillator has to make for the 328P to sense it, and function correctly (800mV peak to peak). If the soldering paste is conductive, capacitive or perhaps both, connecting this signal through the paste to ground, power or several other pins can disrupt the signal to the point where the IC fails to operate.

There is flux on the board and that is not going to cause the problems you are seeing. At worst the flux may have an affect on the ability to get a proper lock at 2.5GHz, and that is unlikely.

Clean the board and use magnification to look for damage to the copper foil on the board and inside the plated holes. That will most likely be the problem.

This was from a question regarding no-clean fluxes but the information also applies to the use of regular flux as well.

Today, one of the most common reasons to remove no-clean fluxes is to prevent malfunctions in circuits with clock speeds over 1 gigahertz. "When you get above 1 gigahertz, the electronscan conducted on the outer surface of the conductor. If you have flux on those conductors that have those high clock speeds, it can interfere with these fast signals." http://www.circuitnet.com/experts/73284.html

Most electronics are not cleaned after soldering. The company I work for went to a no clean process 20 years ago.

Not the answer you're looking for? Browse other questions tagged adafruit or ask your own question.

1
Soldering headers screwed up Trinket?
0
How do I output tone() and audioFX board output through a single speaker?
1
Is an atmega 2560 board compatible with the Adafruit Trellis?
1
Increase sample rate in ESP32 board
0
Is My Motor Shield Broken?
0
Relay board not working with nodemcu
0
Issues with connecting to an Adafruit FLORA board
0
How to use capactive touch on Adafruit board in Arduino mode?