Why does using ESP8266 in deep sleep mode still drain the battery quickly?

I've made a "weather station" using the ESP8622. To save battery I'm using sleep mode but still the battery is drained after a couple of days. According to this post it should last at least a year.

I haven't done any measurements yet, wanted to know if there's something obvious that I've missed that could explain why the battery is drained so quickly? Attaching code and an image showing the hardware setup. 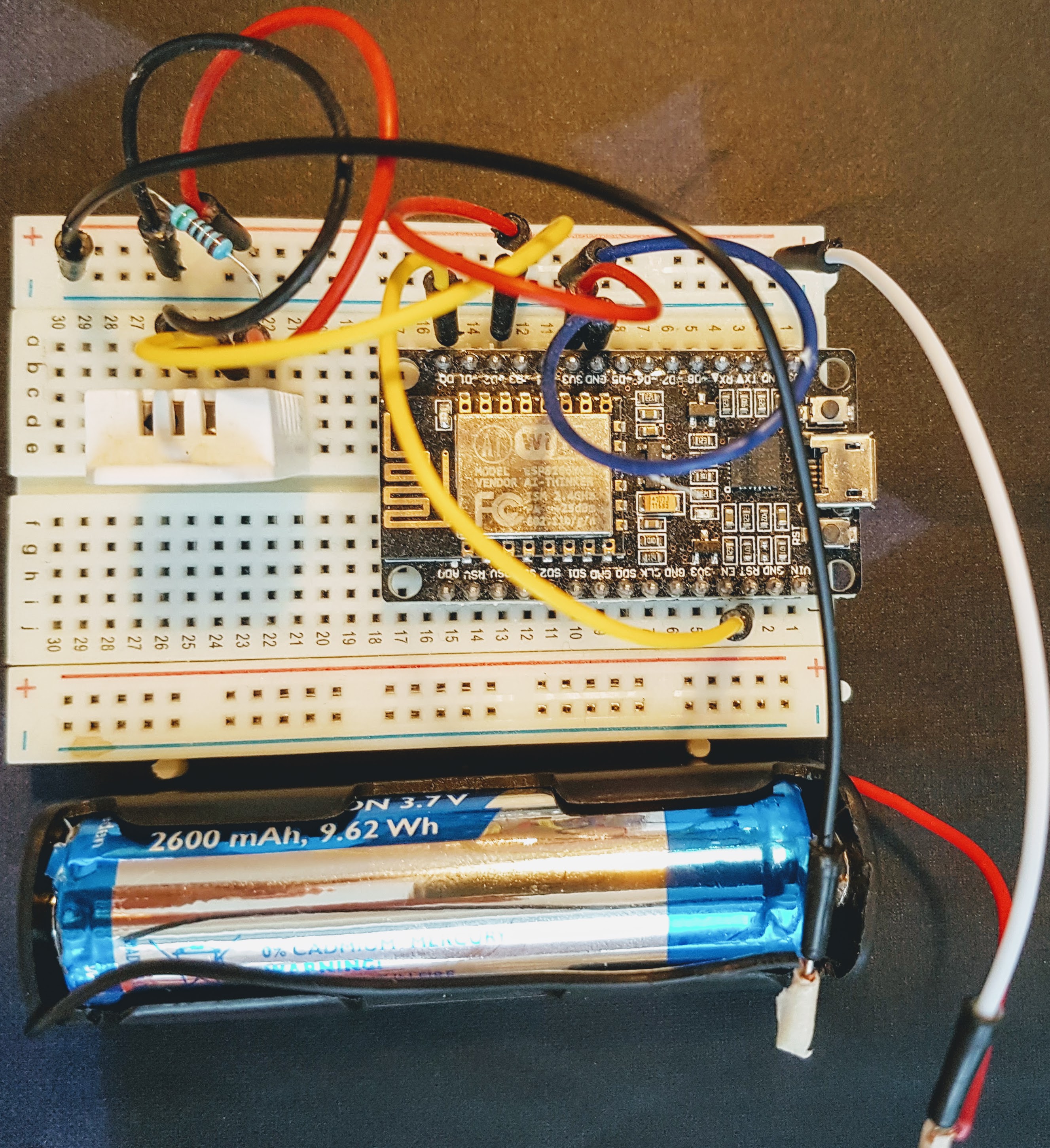 I see you're using a DHT11 or DHT22, which has a pull-up resistor. The pull-up resistor is constantly using power. Instead of connecting the pull-up to the power rail, you can connect it to a GPIO pin and pull that pin LOW before you go into sleep, which effectively disables the sensor and stops it from drawing power just to keep the data line high.

Safe to say that somewhere there is something drawing power -- have you measured the actual current draw in deep-sleep, or are you only noting that your batteries run low sooner than expected?

Not the answer you're looking for? Browse other questions tagged esp8266 battery sleep or ask your own question.