Creation of multiple power cells to be controlled by Arduino [closed]

Ask Question
Asked 1 year, 3 months ago
Active 1 year, 2 months ago
Viewed 65 times
1
Closed. This question is off-topic. It is not currently accepting answers.

I'm fairly new to the Arduino world, but have a history of good working knowledge of computers and software (I'm a software engineer), but I've only had the opportunity so far to create a few simple successful play-around projects.

I've decided to embark on a fairly ambitious project to build my son a ride on battery powered car for Christmas and trying to put all the pieces together.

An integral part of this plan is to develop what I call a couple of 'Power cells', which is simply a battery enclosure that has:

I've drawn up a schematic that works with the components I've bought to help put the system together and was wondering if I am missing anything, critical or not?

I'm planning to make 2x of these Power cells to put in the car (each powers its own motor) (with the ability to add another 2 down the track).

Would really appreciate your feedback (please let me know if this is not the right place to ask this sort of question). 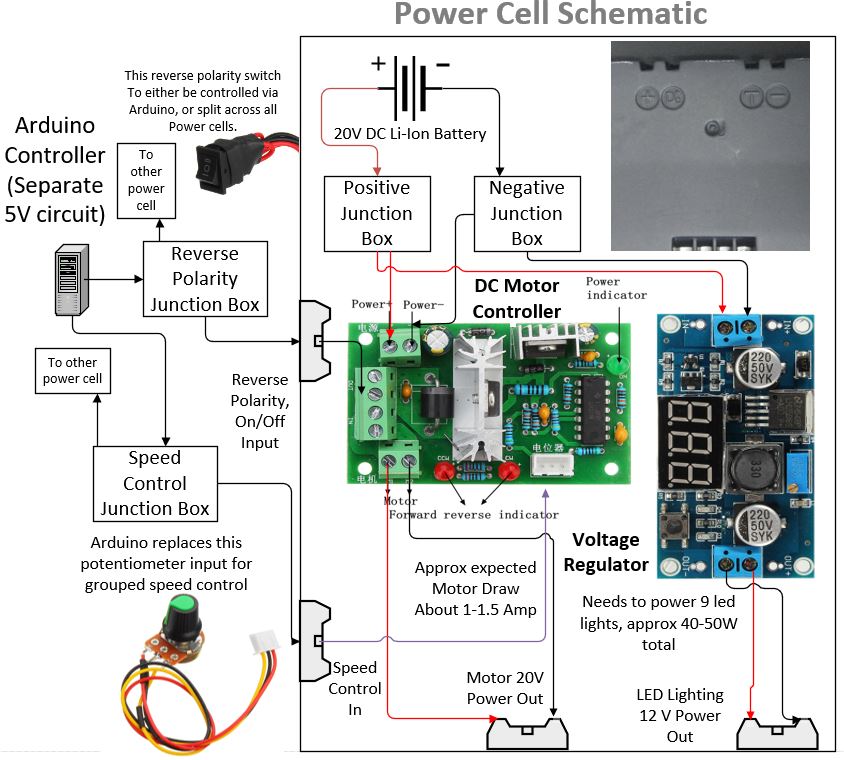 OK. Looks much better now. And I see one problem. It seems that the normal way to do the speed control is with a pot. A variable voltage at the input depending on the rotation. The Arduino low end designs have an analog out capability but it really is not analog. It is a pulse width variable signal that produces an on percentage between 0 volts and the CPU positive supply voltage. The boards do not have a real digital to analog converter. (maybe some higher end boards but not boards based on the Uno CPU.

It may still work but you need to integrate the pulse output and produce a real analog output voltage. A resistor on the output connected to a capacitor to ground will do the integration and filter out the pulses. 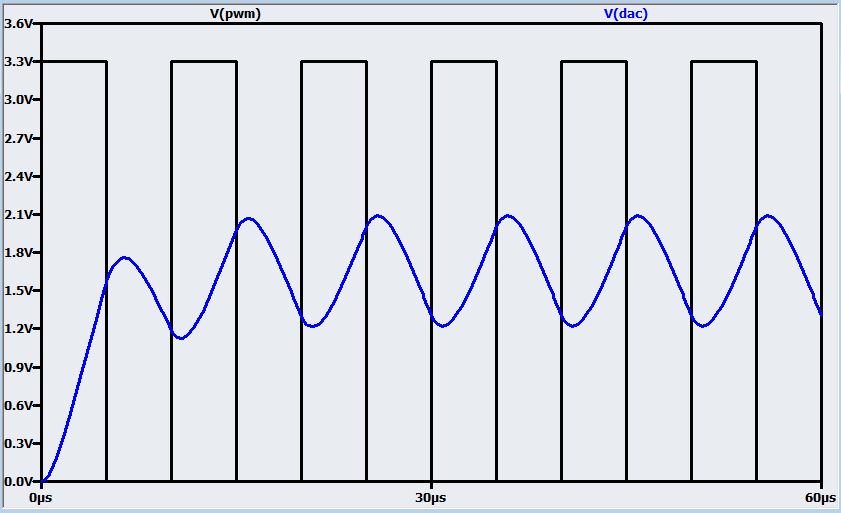 The problem you might encounter is to much loading on the capacitor by the pot input circuit. Without more details about the module I couldn't say. The signal can be buffered with an amplifier but that adds to the complexity. Still would be doable though.

Or you can add a real digital to analog converter to the Arduino board. That would be my preference rather than having to add a buffer amplifier if a simple RC circuit wasn't good enough.

Do you have a link for that board?

From the picture of the linked speed module. It uses a LM324 opamp to generate the PWM signal. I did a quick look and found a typical circuit.

Typical but not the exact one. It is much as I expected. And if you did the RC only filtering then it may just work. The opamp input would not be too much loading on the capacitor. The concern that I have is that the 5 volt maximum from the Arduino may not be high enough to turn the motor on at its maximum value.

Not the answer you're looking for? Browse other questions tagged power motor battery speed or ask your own question.