I'm trying to generate dim two LED strips simultaneously by generating two PWM signals based on potentionmeter value. The pot sets how bright each of the LED strips will be. To drive this I'm using Arduino Pro Micro equipped with Atmel 32u4 chip. 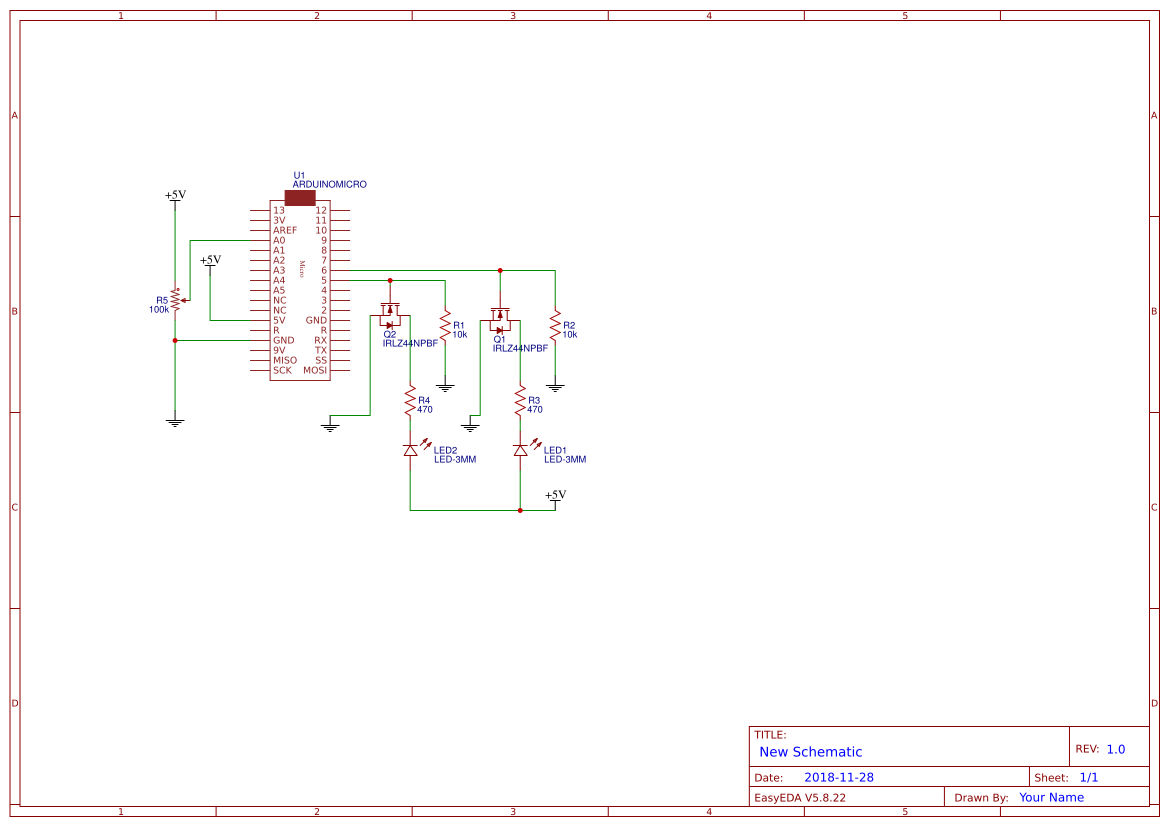 The problem is, the analogRead never returns 1023 when the pot is fully open. The value is always around 980. This itself would not be a big deal.

The main issue is that the analogRead is incredibly noisy. The value returned for the maximum position is in range of [940-1020].

When I don't use the analogWrite to generate PWM, the problem goes away an the input is crystal clear in range [0-1023] as expected.

I have tried to turn off the PWM before reading the value in, but this generates flicker, as the LEDs are temporarily off.

Is there any HW or SW solution to this? I don't mind writing some assembly if required.

It was an issue with the power source. It's an USB led strip, so I was powering it through Arduino, which was a bad idea as it turns out.

When I have added external power source to the circuit everything started working correctly.

Not the answer you're looking for? Browse other questions tagged led pwm analogread arduino-pro-micro analogwrite or ask your own question.