Maximum signal frequency obtained at the gpios of arduino mega 2560

Is it possible to obtain the rectangular pulse signals of freuency 10 MHz simultaneously at the GPIOs of arduino mega 2560?

The maximum fundamental frequency you can generate is fcpu/2 - or 8MHz with the default 16MHz resonator / crystal.

What shape the actual signal is, though, is very much dependant on the load on the IO pin. The IO pin has a specific drive strength which will provide limited current into a load. Any capacitance or inductance within that load causes a change in the slew rate (also known as the rise time or fall time) of the IO pin, which affects the shape of the signal by limiting the highest harmonic frequencies you observe. At the worst case scenario, you get an almost sine wave (only the fundamental frequency gets through). In general though you get more of a rounded-off square wave: 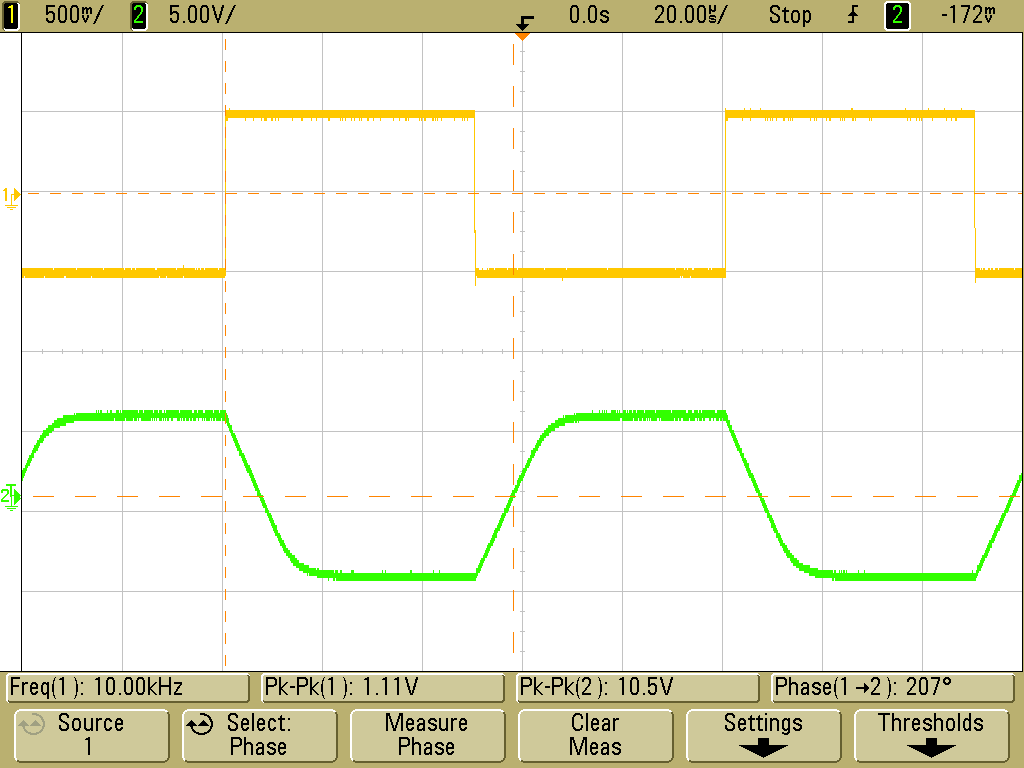 You can improve that slew rate by adding a buffer with a higher drive strength to the output (assuming your buffer has a high enough bandwidth). However, the IO pin itself will always have a certain amount of curvature to the signal due to its own internal capacitances.