I want to code something like a "timer" (don't know what to call it) in an if else statement in my arduino uno.

I've included a flowchart to make my question clearer. 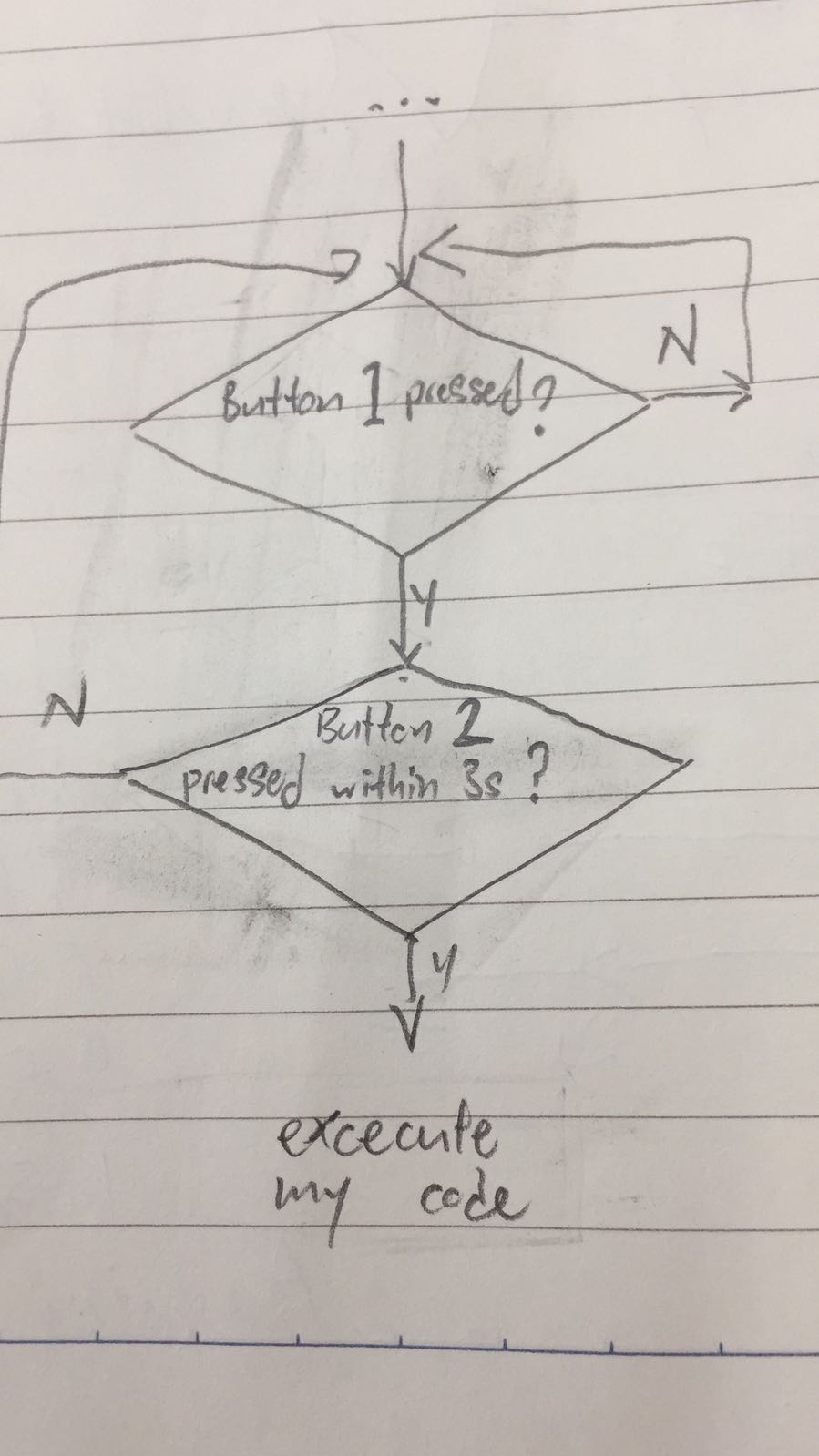 Your flowchart seems to be in conflict with the code. button1 and button2 are self-explainatory, but what is the selectButton?

Here's some code which may accomplish what you're trying to do:

This would give you 3000 ms to press button2 after you've let go of button1 to execute your code, otherwise the "readyness-flag" bool_waitforbutton2 is reset.

A flowchart is not bad, but it's not really the most appropriate kind of diagram for this sort of problems. You should try to think in terms of finite state machines instead, which is a very useful concept whenever you try to implement “reactive” systems, i.e. systems that have to react to some kind of input.

Here is your problem, as I understand it, translated into a state diagram: 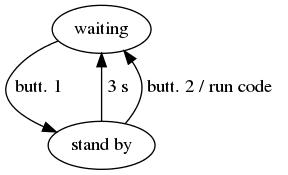 This system has two states:

Pressing button 1 makes a transition from “waiting” to “stand by”. The transition back to the initial “waiting” state can be triggered by two distinct events:

Note that in the second case, the system runs your code while making the transition.

Once you have the state diagram, and assuming you have read (and understood) the finite state machine tutorial I linked to, translating the diagram into code is almost trivial.

0
Using logical operators
0
Arduino code to control 4 led's from 4 buttons
0
if/else on digitalRead not executing on 'else' portion
1
pin going high not allowing analog read to change
1
Substitute multiple potentiometers for push buttons and single potentiometers
1
having problems with my arduino bluetooth car project(with L298n Motor Driver)
3
How do I run 4 LEDs sequentially based off of a push button input?