i have a personal challenge that is to make a arduino avoidance robot it has a"hc-sr04 ultrasonic sensor, a servo, bread board(for the sharing of vcc and gnd), l9110s motor driver, and two dc motors, and also the arduino uno itself" but when i assembled it and upload the code it works if it's plugged in my laptop but if i plugged it in to a battery it keeps on restarting and doesn't run 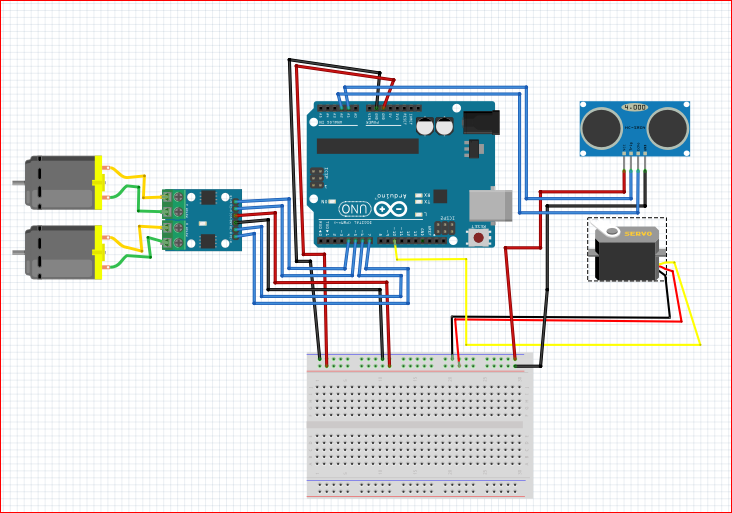 Let me guess: the Arduino resets just as one of the motors starts (or should start) right?

The 9v battery is incapable of supplying enough current for much of anything but a few LEDs. When the Arduino first turns on a motor, it needs, and tries to draw, more current than the battery can supply, resulting in the battery voltage dropping below the Arduino's voltage-regulator's minimum input voltage, and the Arduino is shut off. That stops the current draw, the battery voltage recovers, power up the Arduino, which resets (as they always do on power-up), and the cycle keeps repeating.

Try powering it from a more capable battery of greater than 7 volts. 5 AA cells in series, for example would provide 7.5 volts. This won't last terribly long but should work for a while. A second (third, ...) string of 5 in parallel with the first should double the life. Using C or D cells instead will increase the life a lot more.

0
Arduino UNO does not get recognized by PC(no USB connecting sound), also TX and RX not blinking, neither are lit
0
I'm pretty sure I fried my Arduino Uno. Given my setup, what caused it to be fried? (I can't identify the short)
0
Sketch not running as expected
2
Controlling 2 DC Motors with L293D and 6 V battery pack?
0
How to properly run 4 DC motors with an Arduino?
0
How to calculating requirements of power supply for a project