How to connect a MPU-6050 to an Arduino that already has a CNC Shield V3 on top of it?

I have a CNC Shield on top of an Arduino Uno (GRBL pinout) that controls 2 stepper motors through a4988 drivers and it is working like a charm.

Now I want to add an accelerometer to it. From my humble research, the MPU-6050 seems a good pick.

If I purchase stacking headers to lift the CNC shield, can I connect the accelerometer to the unused/reserved A4 and A5 from the Arduino, but power it using CNC's Ground and 5V pins?

I'm open to other approaches if I'm not doing it the proper way.

This may be a bit harder to implement than it might seem. The grbl code uses all but one pin, so you would have to change that in the library. So I checked out the the code for the shield, and under the cpu_map tab it defines the pins. I would first try setting the unused pins to arbitrary values to enable the pins previously used by the code. For instance, if you are not using the Zed axis, try changing
#define Z_STEP_BIT 4 // Uno Digital Pin 4

This should clear up pin 4 to be setup as a input/output in your main sketch. Another pin definition associated with the Zed axis is

Clear that one out, and you should be able to use pin 7 as an I/O.

I haven't personally tested the code so give it a try. Also just a heads up will probably run into errors while trying to use the MPU6050 library as well as grbl library, the grbl library is a LOT of code (I didn't spend enough time trying to compile so I don't know how much space it's actually using, but it's a lot). You might also run into timer errors as both libraries most likely reconfigure timers to work with each.

I hope this was a bit helpful! 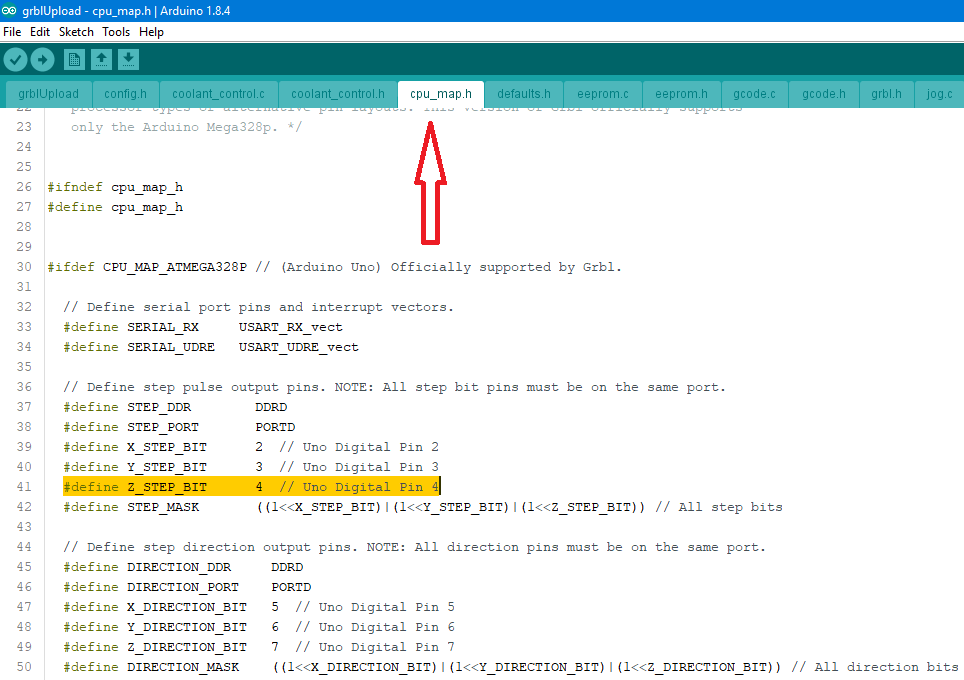 I realized I didn't specify how to exactly free up A5. It has been assigned to the probe in the cpu_map.

Not the answer you're looking for? Browse other questions tagged arduino-uno mpu6050 a4988 or ask your own question.