I have a problem with my Arduino project and I tried everything to fix it but nothing helps.

I am trying to rotate my DC motor with two buttons:

I can't switch the states and if the motor is rotating I can't stop it. The speed is controlled by the potentiometer and works fine, just the buttons are the problem. I hope somebody can help me.

I just added the second button with paint, so don't get confused. 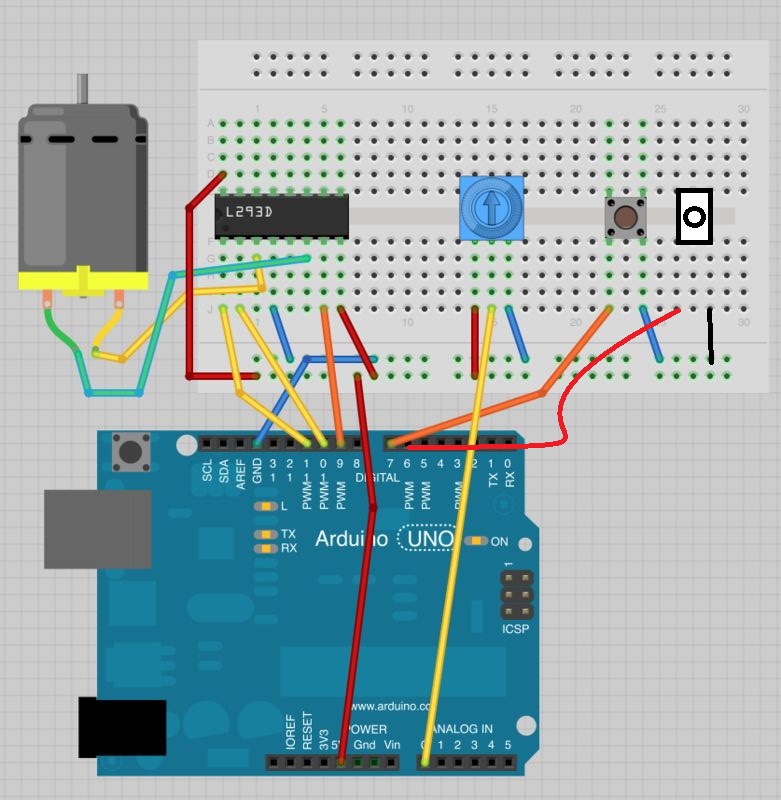 In your code the buttons only control the direction, but are not turning the motor on or off. This is only be done with the potentiometer, which can be set to zero speed.

To really enable the motor with the buttons, you have add some logic for the enable pin. For example change the setMotor() function and give it also a boolean as parameter, which indicates the enabling of the motor:

You can set a corresponding boolean variable in the loop() function like you did with the status variable. Set this new variable to true in both if-statement of the buttons. Alternatively you can do this inline with the setMotor() call by writing:

The || is a logical OR operation. It returns true if any of both operands are true. In a similar way you can ditch the other if-statement with the status variable:

Also you should use better variable names. reverse and reverse1 are not really good to distinguish. Better would be reverse and forward.

Not the answer you're looking for? Browse other questions tagged motor button switch or ask your own question.