I am creating a standalone Arduino using Atmega328P. The circuit is below. 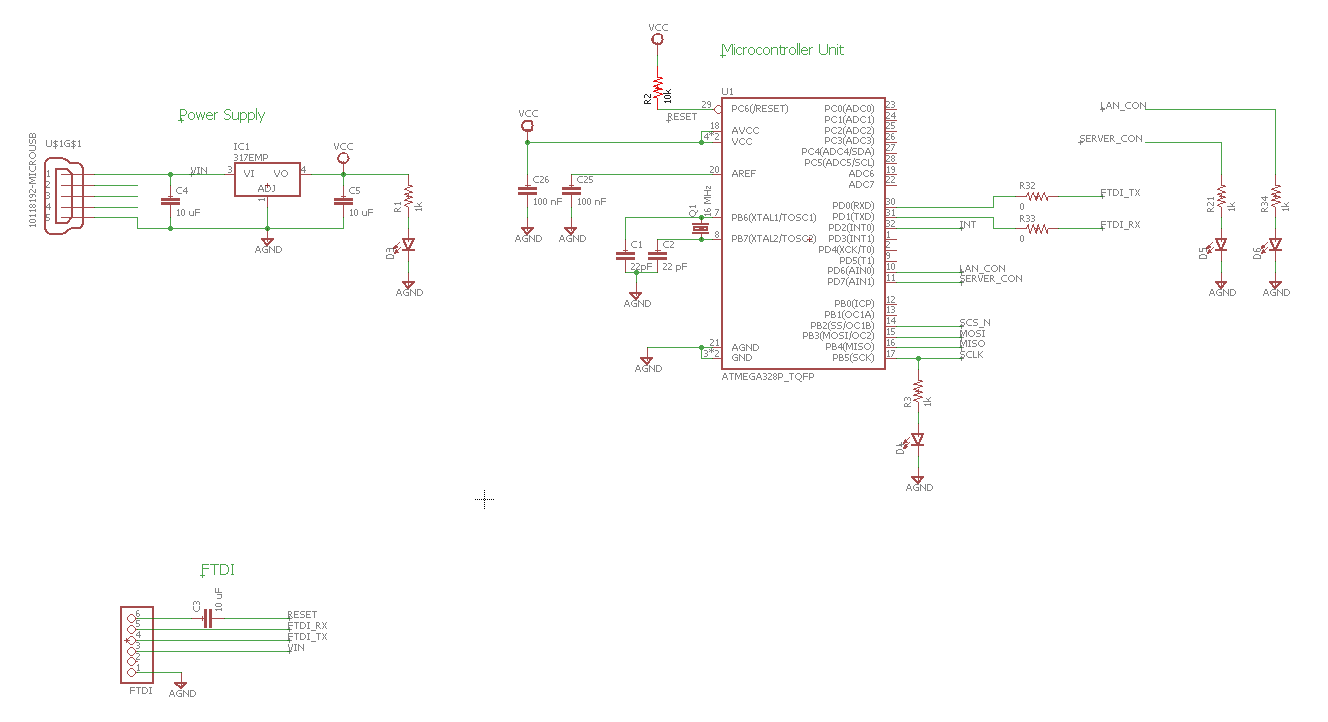 whenever I try to burn the Arduino Uno bootloader. I'm assuming that the chip isn't responding to the SPI lines?

I know I'm doing something wrong but I can't see it.

I'm using a true Arduino UNO as the ISP. I've uploaded the ArduinoISP code into it, choose Arduino as ISP as Programmer and Arduino Uno on boards. The programming connections are just wired from Arduino UNO pins to some vias I've purposely added on the layout.

As mentioned in the comments, I'm adding an image of the layout here. 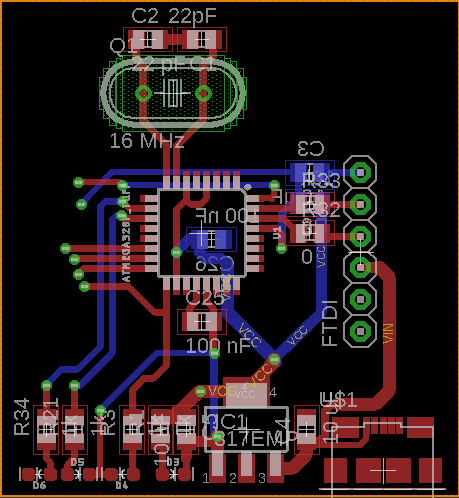 I've tried this very circuit on an atmega328P soldered in a TQFP adapter and with the other components soldered on the adapter as well (looks like a jungle of wires) and somehow I was able to burn the bootloader.

Hoping someone can point out what's wrong.

It seems that you are using a lm317 voltage regulator to power your atmega328p MCU but I think you forgot the part that lm317 needs feedback of 1.25v with voltage divider network to set its variable output voltage in the schematic you have connected adj pin of lm317 directly to GND. S0 check your output vtg from your regulator and another issue voltage regulator only works great when difference between regulating voltage is lower then the supply voltage.

From the schematic it appears you are using a LM317 voltage regulator from USB V_IN. The voltage drop is too large and your issues may be due to brown out, i.e. insufficient voltage: See this SE post. You can solve it by using a lower dropout regulator (5 V to 3.3 V) or just use the standard USB 5 V, bypass V_IN to V_CC.

Not the answer you're looking for? Browse other questions tagged atmega328 bootloader or ask your own question.

1
Standalone Arduino
1
Standalone Arduino with ATMEGA328P / Serial working, but serial programming not (only once after buning bootloader)
2
Error while boot loading Atmega 2560 using Arduino Mega 2560
1
Standalone 328p Programming with CH340G programmer
0
Can't burn Bootloader on Atmega328P Using Arduino Uno
5
Can I program a factory fresh Atmega328P through UART pins without burning a bootloader?
0
Using an Arduino Nano to program (as ISP) a standalone 328p
0
Can't use Arduino nano as ISP because it can't read the Device signature
0
Atmega328p Uploads via ISP but not bootloader