What might be some reasons this MKRZero circuit and sketch fail to read frequency?

I've built the following circuit on my MKR Zero 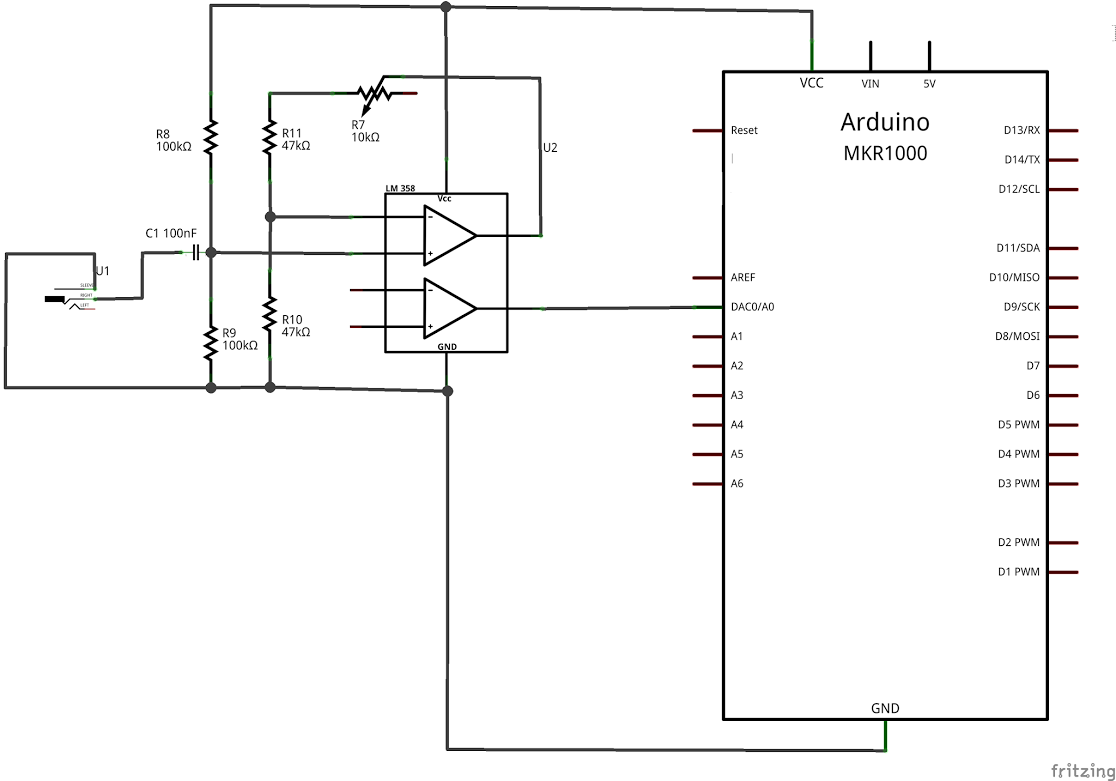 I've also uploaded, compiled and deployed the code from the associated article (https://www.arduino.cc/en/Tutorial/AnalogToMidi) with no errors.

Note: I won't reproduce all the code here because you can see code listing at the previous link.

The main part of the loop never gets hit:

The frequency is never > 0 so the main body of code never gets hit.

I'm just wondering if there is anything that seems obviously wrong about the circuit or if there are some additional suggestions about what I might check to determine where the failure is.

I know that at times these Arduino.cc provided circuits are incorrect and was wondering if something here is obviously wrong.

I don't know much about the lm358 and it seems curious to me that they have input on Input1 and output to A0 on Out2.

Also are there some additional tests (via multimeter) I could do to determine where the circuit may be failing? Any suggestions?

Browse other questions tagged frequency arduino-zero op-amp or ask your own question.

0
Why does MKRZero code read value off of wire on A0, even though there is no voltage/current?