How to stop extra LEDs from lighting in LED cube

So I build LED cubes and the way I have it programmed is I use an analog pin for the ground layers and set them to high when i want an led on that layer lit up. So lets say I wanted the following LEDs lit 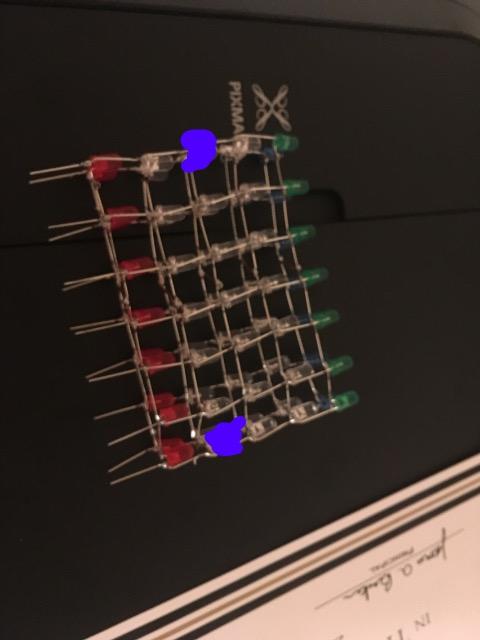 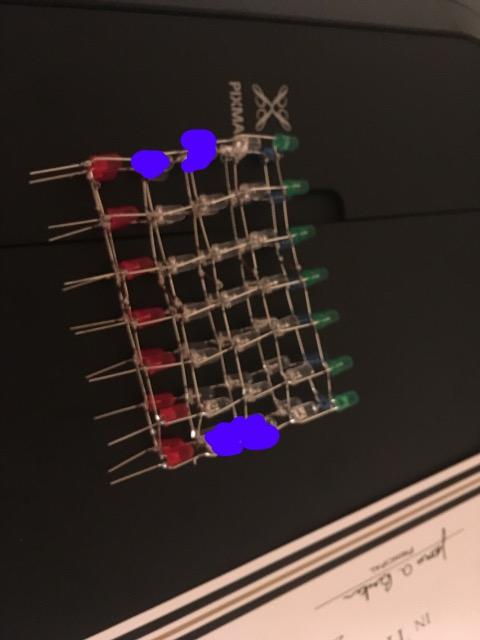 What should I incorporate in order to avoid this happening. I am using an Arduino Nano, do I need to edit my code or is it hardware?

Your circuit design has to be used with multiplexing. Multiplexing introduces flicker. Since you seem to be wanting to move the grid of LEDs rapidly that flicker will translate into a very undesirable effect.

So you have a number of choices:

You need some way of identifying the start of each revolution (e.g., a hall-effect sensor), and each time you start a new revolution you illuminate just one column of LEDs. The faster you spin the smoother the effect will be.

If you want to have LEDs on or off for just part of the revolution it's then down to you to work out when to turn them on or off for that one specific column. That's when the fun really begins.

0
LED Cube lighting wrong LEDs randomly
1
A LED should be lit when 'high'. Why does mine only burn with 'low'?
1
Digital input pin voltage treshold (voltage to register 1 or 0)
0
Detecting pulsed LED
0
Define preset colors using FastLed library
0
LEDs always dim with arduino nano
1
LEDs not lighting up even though current is flowing through them, problem with ground?