I'm brand new to the Arduino world. I recently purchased a NodeMCU in order to have it act as a sort of foothold to get into Arduinos as it's something I've always wanted to do. However, it was only after I had received the NodeMCU that I realised that there was no default option in the Arduino IDE to flash to a NodeMCU and soon found out that this is because the NodeMCU is in fact not an Arduino and therefore has its own proprietary flashing software for .bin files. This initially confused me as an outsider as I assumed all devices of that nature must be Arduinos.

I recently came across a Homebridge plugin by affix called homebridge-mcu-lamp which uses a NodeMCU running an HTTP server to control a relay. Interestingly, the script he has included in the repository which he claims to have running on his NodeMCU is a .ino file which really confused me.

My question is: how would I flash a .ino file to a NodeMCU like the one mentioned above as I have no experience with .bin files and would much more value to treat the NodeMCU as an Arduino instead (i.e. programming in C++)?

I understand this may sound like a very simple/dumb question for most of you on this forum but it is something that has had me stumped for days and would really appreciate some guidance on.

I would also find it useful if someone could explain to me the difference between a NodeMCU and an ESP8266 as I see the two words being used interchangeably when referring to the same looking board. 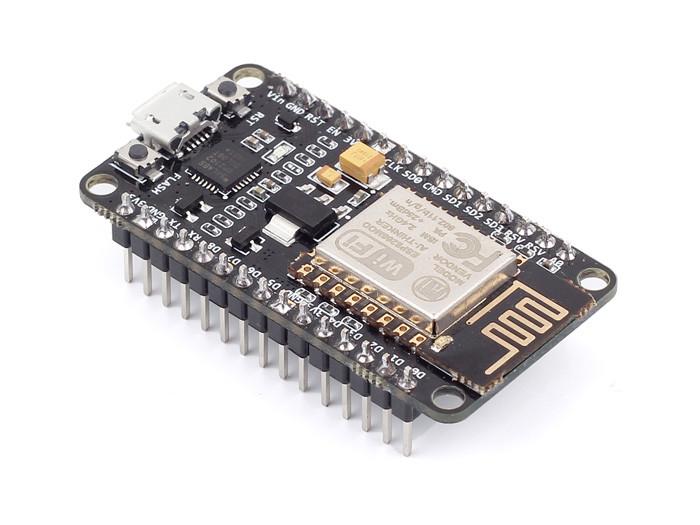 Last question first: The ESP8266 is the main IC on the NodeMCU board.

This is similar to the idea that an ATMega328 is the IC on Arduino Uno.

A normal 'clean' Arduino IDE install can work with an Uno ('flash with an INO'), but not with an ESP8266 based board. For this, you will need the ESP8266 addon for the Arduino IDE, after which, the NodeMCU board is available as an option.

Click on Tools>Board>Board Manager (assuming you have Arduino IDE 1.6.4 or later) and search for ESP8266 and install the option that includes NodeMCU.

Not the answer you're looking for? Browse other questions tagged esp8266 arduino-ide c++ nodemcu or ask your own question.

0
How to define function/macro so it is accesible throughout various cpp files
21
Classes and objects: how many and which file types do I actually need to use them?
2
NodeMCU espcomm_sync failed
1
NodeMCU capable of key injection?
15
Difference between these two NodeMCU boards?
3
Flashing an ATtiny85 with a NodeMCU?
1
uint8_t issues when linking libraries outside of INO file
2
Where should unit tests go in the Arduino IDE