Is my Arduino dead?

I connected my Arduino Uno to an external power supply, but did not noticed the power supply was on 30 V, I saw the part in the picture smoking and immediately pulled the cable out of the Arduino. now, each time I connect it to some source of power his "ON and "L" light up ("TX" and "RX" are dark) and the ATmega heats up, and it can't receive sketches from my PC. It says just

Problem uploading to board.

Is my board completely dead or I can somehow save it? 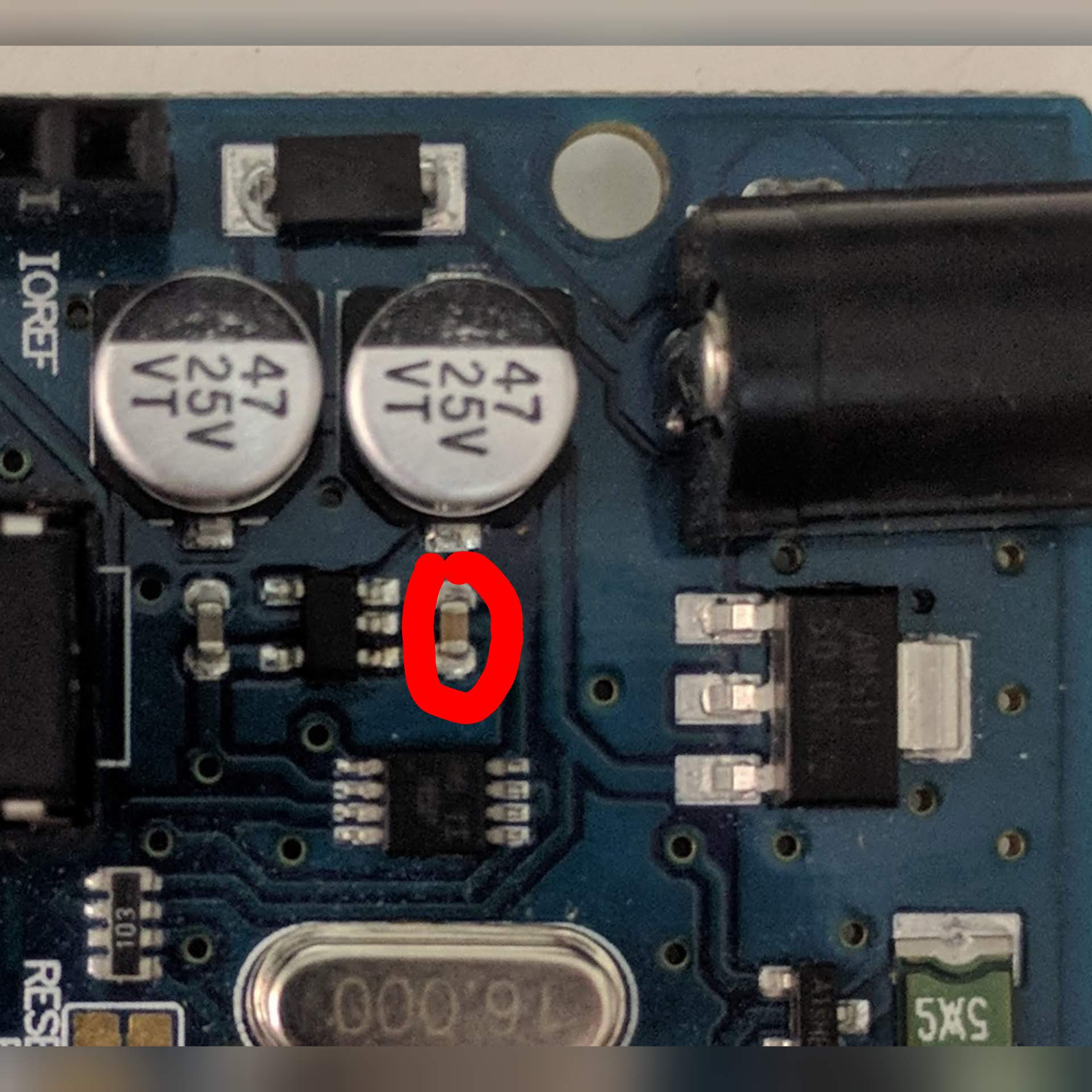 If the '328P gets hot, it is dead. But, it's replaceable, you can even buy one with a bootloader loaded in already.

If the PC is not recognizing it when you plug in USB, then the Atmega16U2 that does the USB interfacing is dead. That one is a very small surface mount part that you cannot replace without a hot air rework station, and then you will need a Programmer to reload it with its USB interface program.

And if you killed the 2 regulators, those need replacing too.

Get another board, be more careful next time. I'd get a 7.5V or 9V wallwart for power. I think you can get the wallwart and a bootloaded '328P from www.dipmicro.com, www.sparkfruit.com, www.adafruit.com, etc.

You could try to replace the SMD part, probably a capacitor (I may be wrong), if you can identify which part it is from the schematic (or any marking on the board). However, you may have damaged something else as well. You will only know if and once you have replaced the smoking part.

You may be lucky and only that part has been damaged.

The ATmega appears to be socketed so you could try removing it and putting it in another undamaged board to see if it works still.

It looks like the smoking part is next to a regulator, IC2 (I am not 100% sure about that), but that would make sense, seeing as it was a power supply issue that caused the smoking in the first place. Maybe just the power supply part of the board is damaged (D1, PC1, PC2, C2, IC1 or IC2 - the two big black and white capacitors, with 47 25V written on them in your photo are PC1 and PC2), and you could slowly work your way through it, checking and replacing the sequential parts (again with the use of the schematic).

I wouldn't throw the board away, I have some partially damaged boards that only half function, but the part that still functions will probably suitable for some project or other in the future... or maybe not, depending on the damage.

It is hard to tell from just a photo which being able to check the parts using a multimeter.

Given that the power LED and L LED still work, there is some hope. Try using the USB input for power and see if that helps as the circuit is different from that of the power jack (no regulator). See VIN AND PWRIN versus USBVCC, on the schematic.

Here is the power jack circuit:

Here is the USB input: 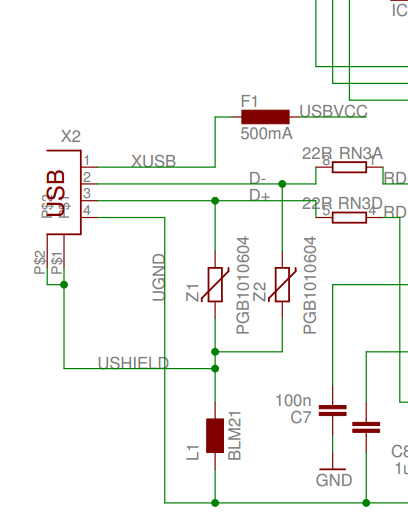 However, if, as you say, the PC can not see the Arduino to communicate with it, it will make programming it difficult.

If you do have another UNO board, with a removable ATmega IC, program Blink.ino on to the ATmega and place it in the damaged board to see if the L LED blinks. If it does then at least some of the board still works.

However, to sum up, your Arduino is probably not going to be as useful as it was prior to the over voltage having been applied - unless you are both lucky and replace a few SMD parts.

On the positive side, look at it as a learning experience on how to track down and repair faults on a PCB - a very useful skill to have.

Not the answer you're looking for? Browse other questions tagged arduino-uno heat or ask your own question.

0
How can I power a NeoPixel ring and strip through Arduino MKR1000?

2
Arduino UNO USB not recognized
0
Arduino Uno R3 board dead
0
Problem with my arduino board
0
Arduino sketch won't run until I open up GUI in processing
1
Using Arduino UNO to retrieve ATMega328P-PU chip signature
1
Problem with LCD
0
Uno doesn’t get enough power from 5v barrel connector. Why?
0
Part of Board exploded when Peltier Plate was wired t(o Board
1
Arduino UNO voltage supply reduces when I add more sensors