I am working on only sending signals/bytes from Arduino Uno to some device which already has an inbuilt program. I just want to send 0 or 1 byte from the Ardiuno to the device using TTL to RS 232 COVERTER. this is the code

I am using RealTerm software to check if the signals I have sent from the Arduino Uno are received as they have to be (without any interference). 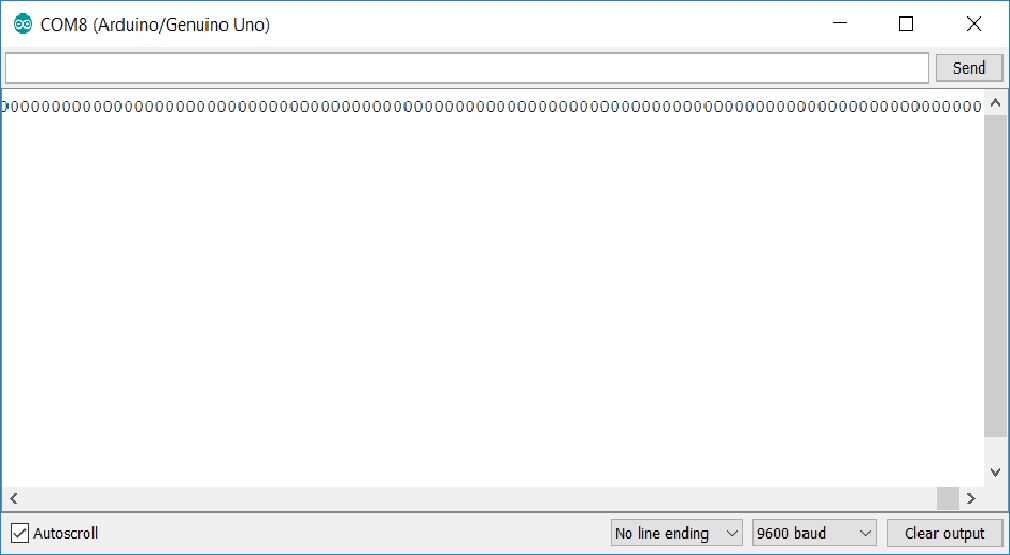 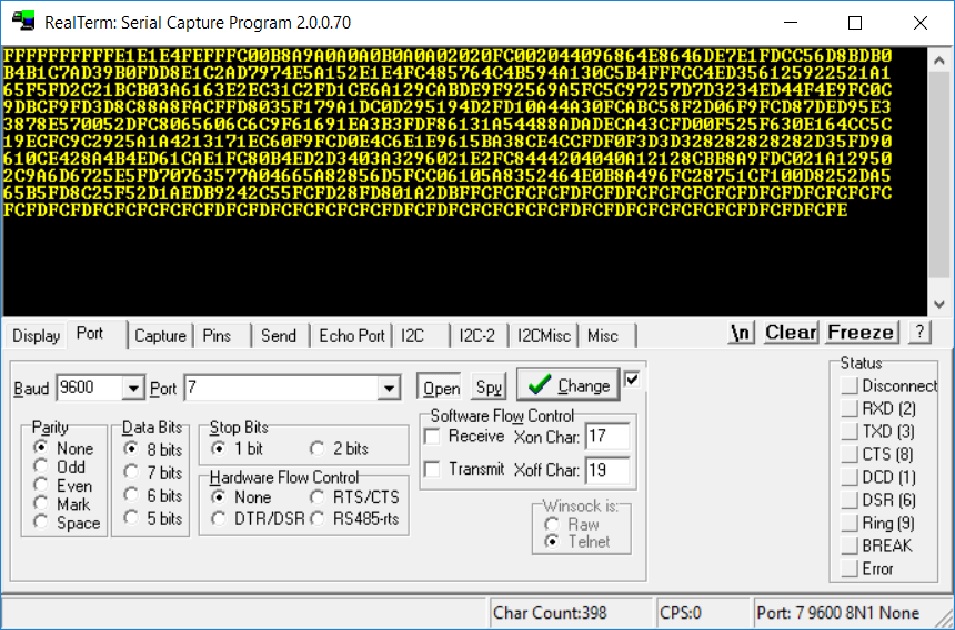 I am sending continuously 0 from ardinuo to realterm in this case(for testing purpose). I am receiving in RealTerm in Hexadecimal format. Since I'm sending 0s continuously, I should be getting a continuous output of 0s on RealTerm as well. Instead, I am getting some random values initially (while uploading the sketch) and RealTerm stops displaying output soon after.

Can someone please help me solve my issue.

Update 1: i have modified my code as per @chrisl's suggestion. Now, whn i send 0 i am getting a correct ouput ,but whn i am sending 1 contineosly i am getting many 0's and random values 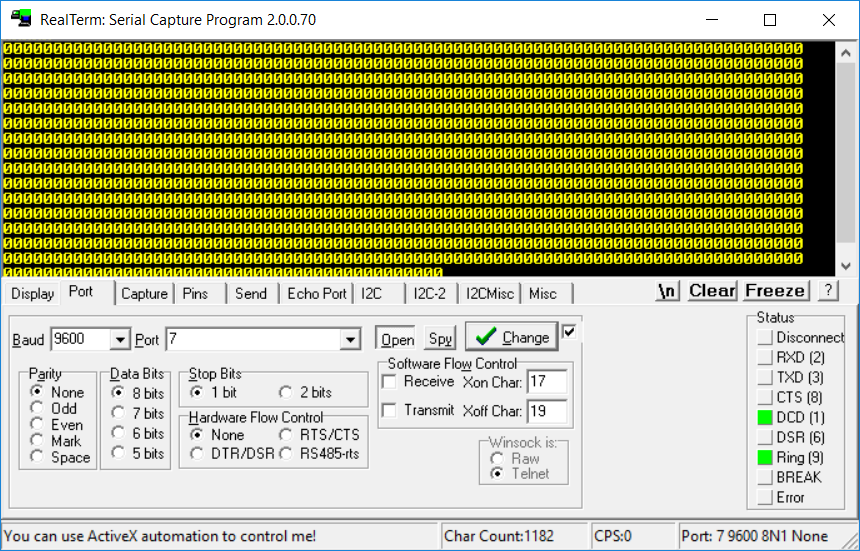 Also you are setting pin modes for Rx and Tx of the SoftwareSerial. I don't know, if this can cause a problem, but at least you don't have to do this. The library will handle setting the pins correctly.

There are different methods to display a stream of byte data (like the stream from your Serial interface). Let's look at the decimal value (the one you are using when invoking arithmetic operations like +, -) 48. These are the different representation of this number in different numeral system (The first two characters mark the numeral system; 0b for binary, 0x for hexadecimal):

There are more numeral systems, but these are the most important ones. But the byte stream can also be used to look like a sequence of characters. For this the ASCII standard was born long time ago. In simple ASCII every value from 0 to 127 got assigned to a character or control action. The terminal program reads the byte stream and shows the corresponding characters according to the ASCII table. There are expansions to this model, to display more possible characters, but this is the very basic principle. With it, you are able to actually send human readable text from your Arduino to another device.

The Serial.print() function is made for this human readable text, so it will send an ASCII representation of the input parameter. The ASCII value of the character "0" is 48, which corresponds to a hexadecimal value of 30.

Now I'm not sure, if your terminal program shows hexadecimal or ASCII values. I though of the first, because all characters in your first image are digits or characters from A to F, which is the range of hexadecimal values. It didn't seem likely to not get other characters, when you have ASCII encoded text with random values in it. But I'm currently not sure, if the Serial.print() function would automatically print a hexadecimal representation in form of ASCII text, if given a hexadecimal value (I don't think so, but it might be possible). Please try to use the Serial.write() function and try sending different value while watching the output of RealTerm.

And please search for a settings, that determines, how the received byte stream is interpreted. This would make clear, what RealTerm is doing here. Also make sure you understand the relation between binary value and ASCII character. If this is still not clear enough, you can google for in detail explanations. There are tons of tutorials on that.

Not the answer you're looking for? Browse other questions tagged arduino-uno rs232 or ask your own question.