I'm playing with the standard L298N motor board and Arduino MKR 1000. However something strange happens: when I upload a new firmware and when I turn on the Arduino power supply (every time Arduino resets) the motors unexpectedly move for 2 seconds. 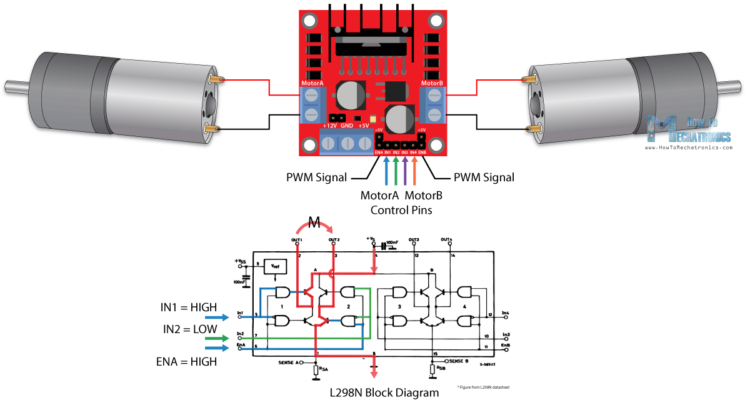 From what I've seen in other questions, it should be enough to pull down the pwm signal (in fact it seems that the floating status of these pin in the reset procedure produces this problem). I used a 10k resistor as suggested, but with no effect.

I've tried also a 100 ohm resistor: in this case the motor makes some noise but it doesn't move. However, it won't move when it is supposed to in the loop section.

I've also tried to put a relay controlling the motor external supply. However the reset procedure also turn 'on' the relay (no progress on the problem).

It isn't a software issue because it happens with an almost empty sketch. Same software+circuit on Arduino UNO doesn't cause the problem. What should I do?

Browse other questions tagged motor pwm reset mkr1000 or ask your own question.

0
When the Arduino is in reset mode are the digital pins high impedance?
2
Motor running during Motor Shield R3 reset