Since rotary encoders need two pins, only a Mega would be able to handle the 7-8 encoders needed. Unless theres a better method of reading them?

Is it worth using an ATTiny85 per encoder and passing all this data to a mega via 1 pin each? This way, I could extend the project beyond 7-8 later?

Or is this idea out the window, because there's a much simpler way?

Library and schematics are at https://github.com/maxgerhardt/rotary-encoder-over-mcp23017.

To read a rotary encoder (i.e., detect state changes of the knob), there are two possible implementations:

Using interrupts is more efficient than always polling the pins, because an action is only executed when an actual change occurs.

Per rotary encoder you would need two pins on your microcontroller. However, we can use GPIO expanders over e.g. I2C or SPI, such as

Using a port expander over I2C has the advantage being a bus that only uses 2 pins. This means that there can be multiple (up to 127) devices on the I2C bus, and each I2C device can then e.g. provide 16 GPIO pins.

Using an ATTiny85 per encoder and possibly joining them via an I2C bus is also possible, however more expensive and more work.

I've chosen a MCP23017 here because it is interrupt-capable, has 16-bit and I had it lying around. A PCF8574 would have also worked just fine, since it has the same capabilites.

The written library uses a modified Adafruit MCP23017 library and the Rotary library. The Rotary library also handles debouncing by using a state-machine based approach for decoding. The library is a simple header file which defines a RotaryEncOverMCP C++ object, with which a rotary encoder connected to an MCP23017 device can be easily described and managed. It has an example for the polling method and the interrupt method.

For 1 encoder, one can write down schematic like: (interrupt based) 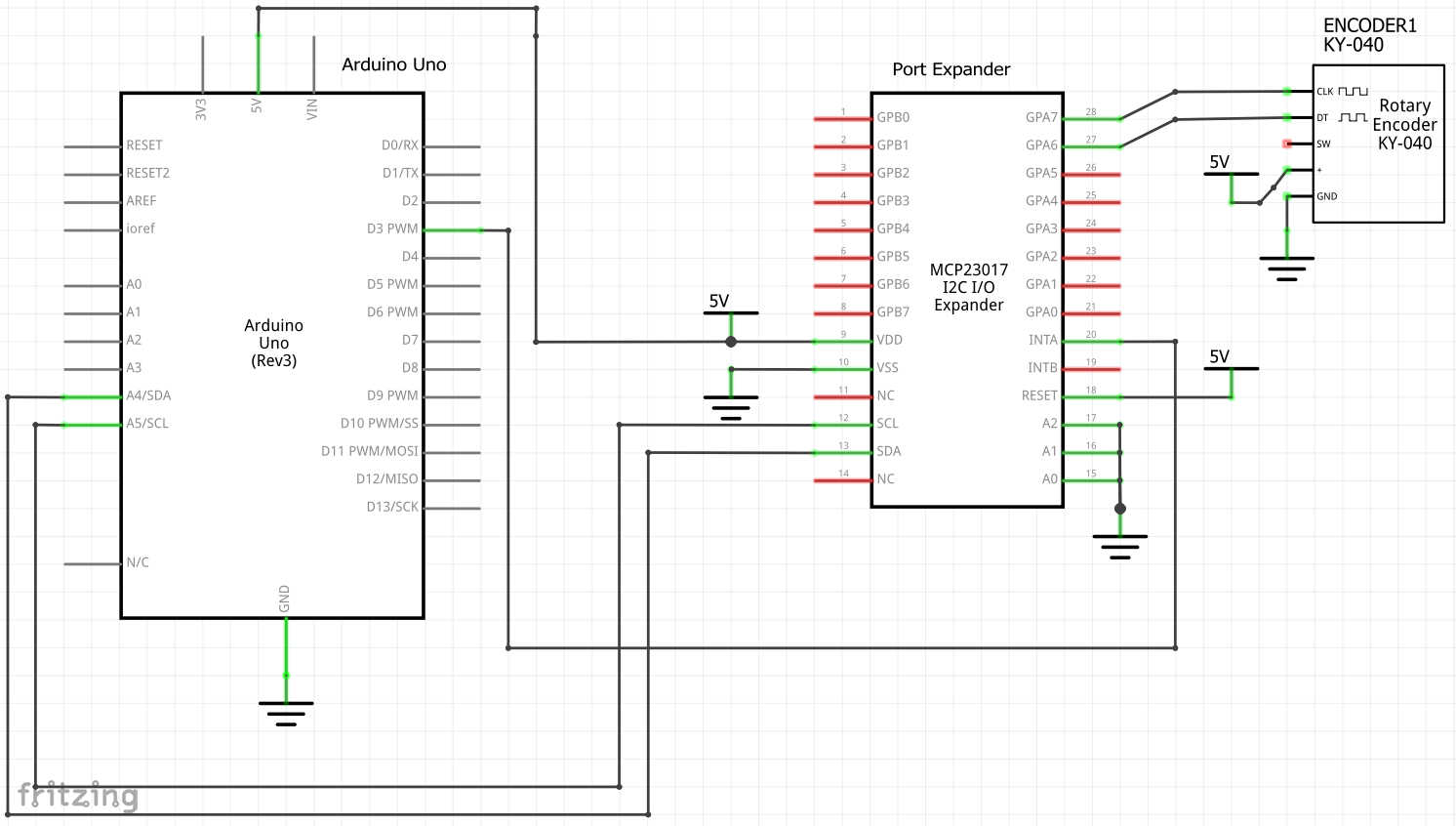 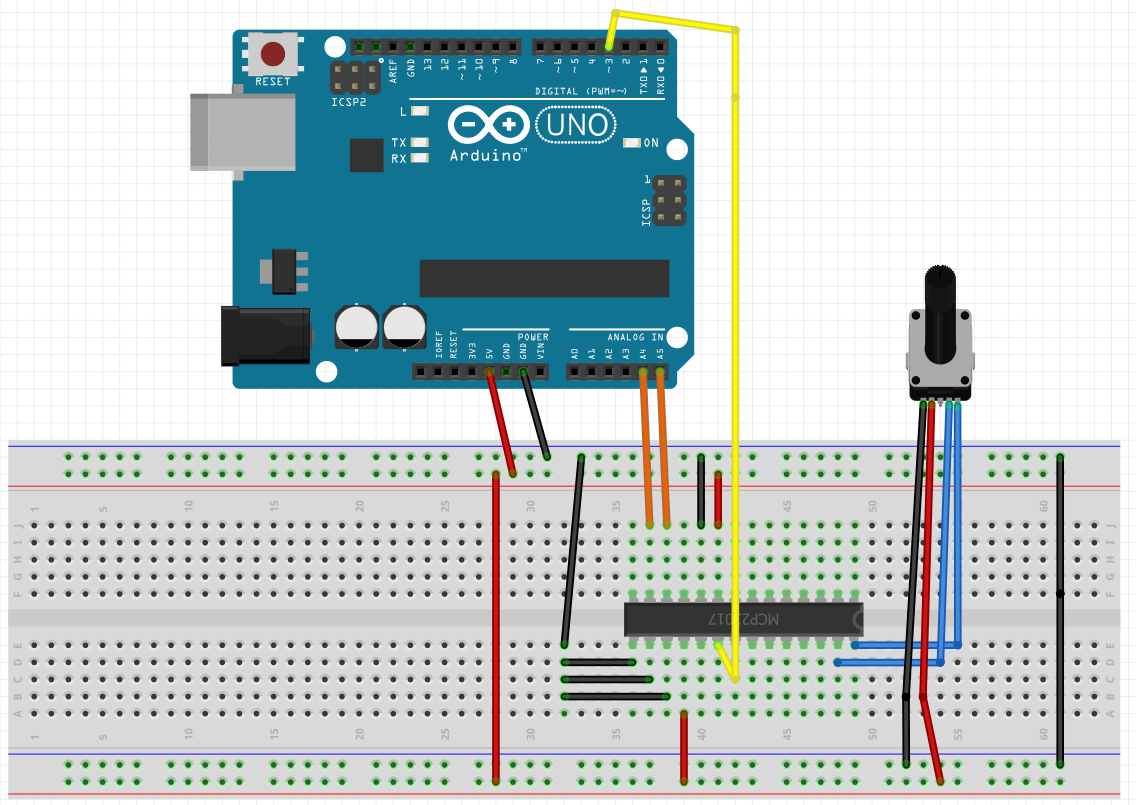 Since one MCP23017 has 16 ports, we can connect up to 8 rotary encoders to one such device. 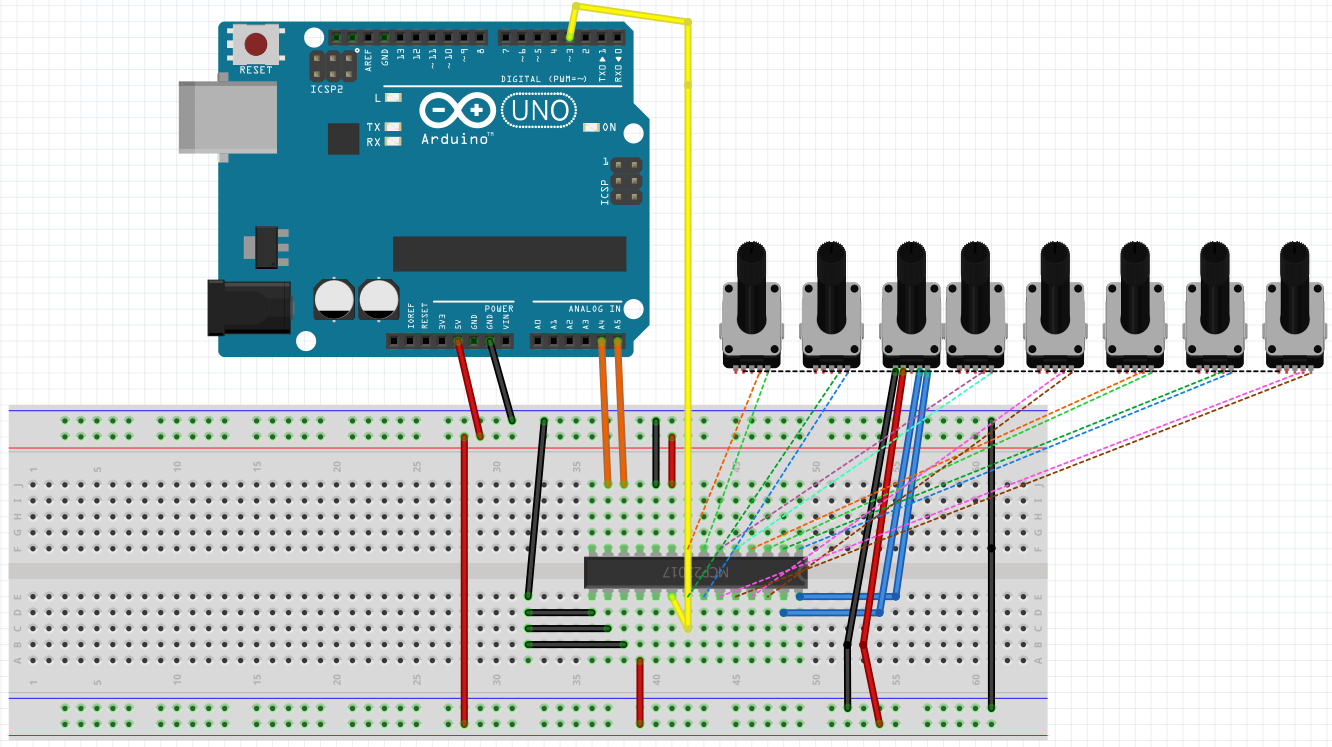 However the MCP23017 also has three address pins with which its I2C address can be selected. This means we can have 2^3 = 8 such device on the same I2C bus (i.e., connected to the same SDA and SCL lines).

I've tested this library with one rotary encoder and a MCP23017, but the code is structured in a way that adding more encoders is just adding an entry in an array. 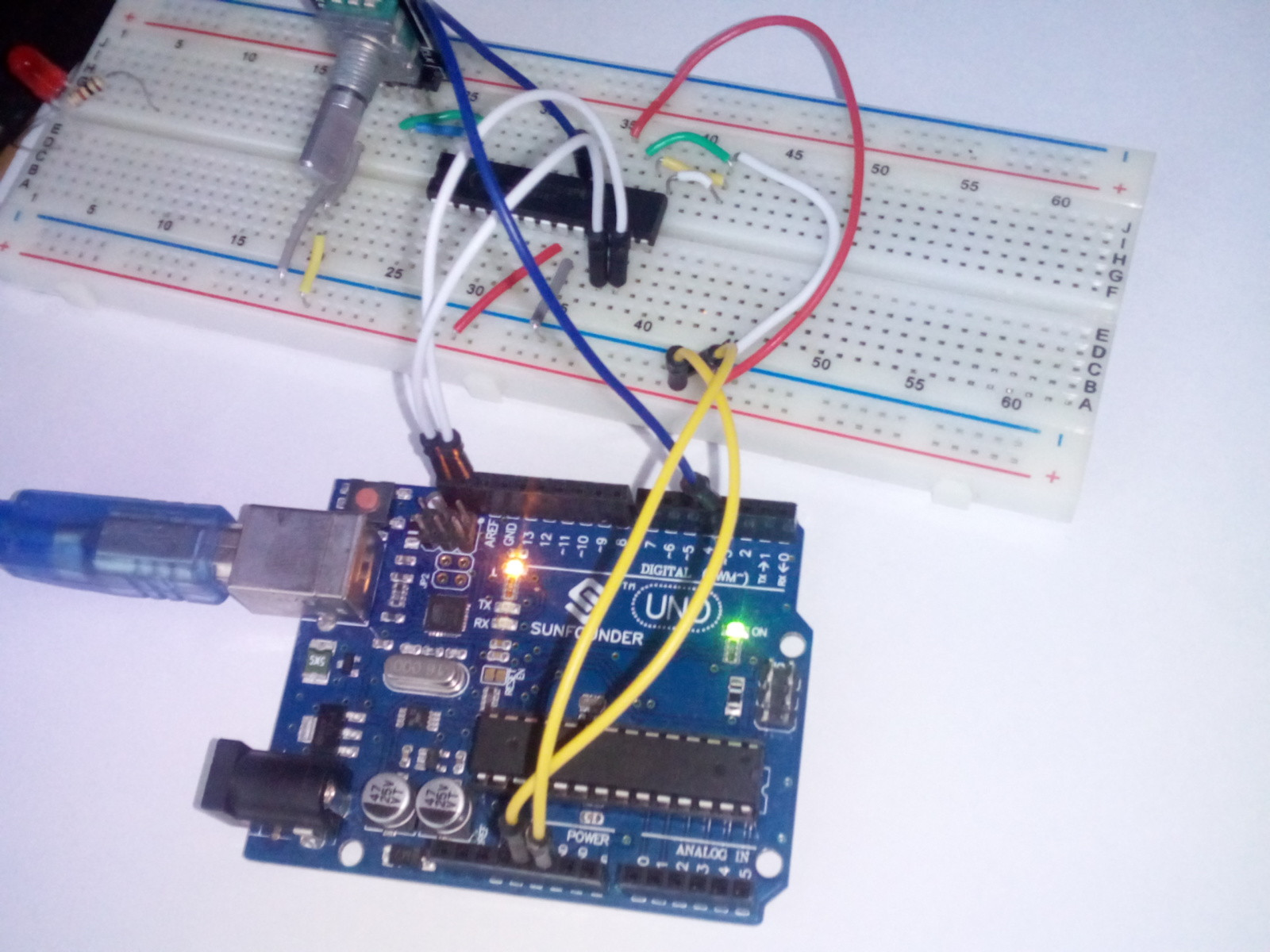 Not the answer you're looking for? Browse other questions tagged arduino-uno arduino-mega rotary-encoder or ask your own question.

0
Using MCP23017 with 5 rotary encoders, WITHOUT missing a single step from any of them?