Where do I find the enclosures for an Arduino and a bunch of sensors?

I recently started playing with Arduino in order to do several projects, including:

While the quantity and the diversity of the sensors for such projects, as well as the ease of use is mind blowing, I'm blocked at one aspect: the casing. Both of the projects require to put the electronics within a plastic case with:

Unfortunately, the popular sites selling Arduino-related stuff have practically nothing when it comes to the cases. In most cases, the choice is limited to (1) the enclosures for Arduino itself (or other boards), with no holes in them and (2) the multicolored modular systems which look like LEGO bricks.

Outside Arduino-related sites, the only idea I have is to buy somewhere an old smoke detector, throw away the electronics and put Arduino and the sensors inside. For now, most smoke detectors I've seen seem too small for the task, and have to be modified in order to accommodate the USB cable.

Am I missing something? How other people do when they need an enclosure which fits Arduino and sensors and doesn't look geeky?

I think your problem is that you are looking specifically for Arduino enclosures. Such a search tends to lead you to boxes for just an Arduino and nothing else - maybe with the headers poking out the top.

Instead, you should be looking more generically. There are thousands and thousands of "project enclosures" from many manufacturers (Hammond is a big name in these).

You take a generic project box of the right size and shape for what you want to create and in a material suitable for your needs, and cut / grind / drill / glue it to be what you want.

Most electronics suppliers will have an "Enclosures and Housings" section on their website. Have a browse through your favourite.

As far as air vents go, one good trick I have used is to simply drill holes (with a steady hand so you get them lined up nice and straight) and glue some fine mesh on the inside. One good source of fine mesh is to go to your local smoking supplies reseller (tobacconist) and buy some "pipe meshes" (the flat ones, not bowl shaped ones) - also available from low-cost online resellers of any old junk (eBay, etc), which look like this: 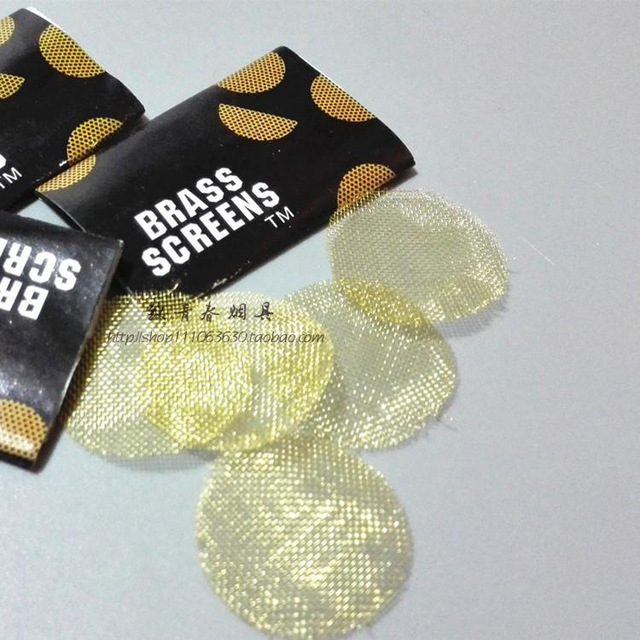 (Also available in brass). They typically come in different mesh sizes to suit your needs.

for many projects i use distribution box like this one: 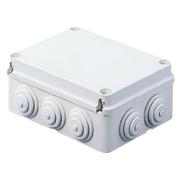 I just came across your question, and I think this may be useful if you're still interested in project enclosures. I've designed and created stackable, modular and extensible enclosures for Arduino (fits Uno and Mega footprints), Raspberry Pi (three different versions, for A+, B+/4B and Zero (can accommodate up to 4 Zeros), and Breadboard and breadboard-friendly MCUs. All of these enclosures have 4"x2.4"x1.2"(h) space on the inside, enough for one or two shields or hats. They also come with replaceable sides/tops that can allow you to add sensors and peripherals, like a Pi Camera, High Quality Camera, Tripod mount, Ultrasonic sensors (HC-SR04), momentary push button switches, RS232 ports and more. The enclosure is made of acrylic with 6 separate flat pieces, so that means you can also hack it to easily add holes and mounts to customize it yourself.

You can find more details on https://www.protostax.com/

Hope you find it helpful! Let me know if you have any questions. Cheers, and Happy Making! Sridhar Rajagopal

Look into "Really Useful Boxes", found online, or at stores like Office Depot. Lot of sizes available, pretty easy to mount cards & connectors into. I have several projects lower down on this page where you can see how I used them.