I'm working with Arduino Uno, Adafruit PN532 NFC/RFID Shield and along with other modules. I'm posting this test program because I found there's conflict with the serial output while writing code to integrate all the modules together. I tried troubleshooting by running this code. The result wasn't what I'd expected.

In Arduino, as far as I know, setup() only runs once after starting the program and then loop() will be executed repeatedly. I ran the example sketch called readMiFare provided by Adafruit alone and it was fine. This code can be found at https://github.com/adafruit/Adafruit_NFCShield_I2C/blob/master/examples/readMifare/readMifare.pde. However, when I did the following in main, 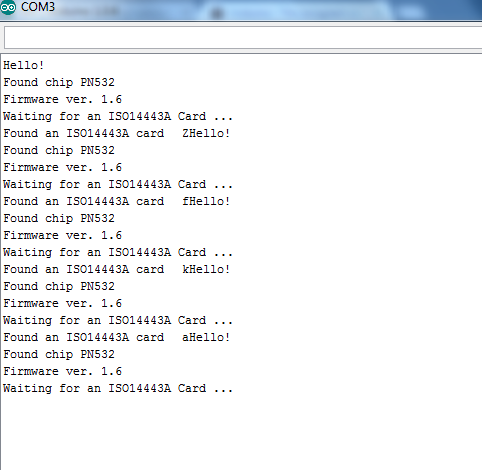 My hardware setup was a no brainer since I'm using I2C. 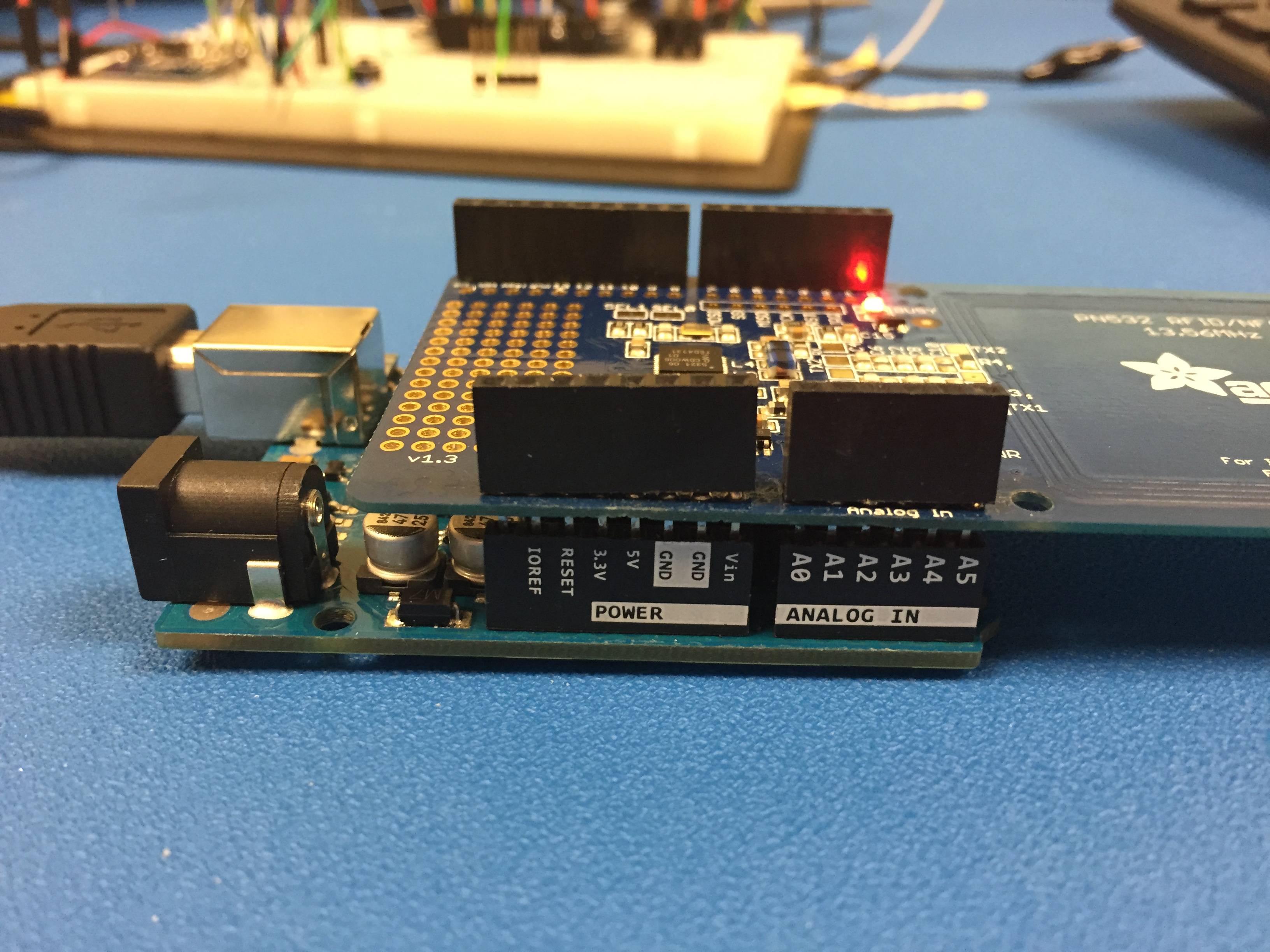 After spending a good amount of hours on troubleshooting, I found something interesting. When I commented out all other files except NFC and main, it worked like a charm. So I suspect there could be redefinitions on the pins that the NFC shield uses on other files. I suspect the following code in the other file gave me the problem because I commented out the rest of the code in this file and ran this block of code together with NFC and main. In fact, it's the last line of code in this block that gave me the problem.

Also, I probed on the RESET pin (see the readMiFare link above). It generated a high-low-high pulse whenever I scanned a card. Is this related to the problem?

Any thought is appreciated.

This can happen when your sketch uses too much memory - the board can no longer assign addresses so it resets leading to an endless loop. Try reducing the amount of memory you are allocating.

Not the answer you're looking for? Browse other questions tagged bluetooth rfid adafruit or ask your own question.