I'm trying to control 2 servos with 2 pots. I thought I could just amend the tutorial code by adding in the extra pot on a1 and extra servo on d8 (am using a Nano).

...but the servos only respond to one of the pots (on a0) & both move to the same position regardless of what value is on a1.

I have swapped out the pot on a1 just in case it was faulty but I get the same behavior. 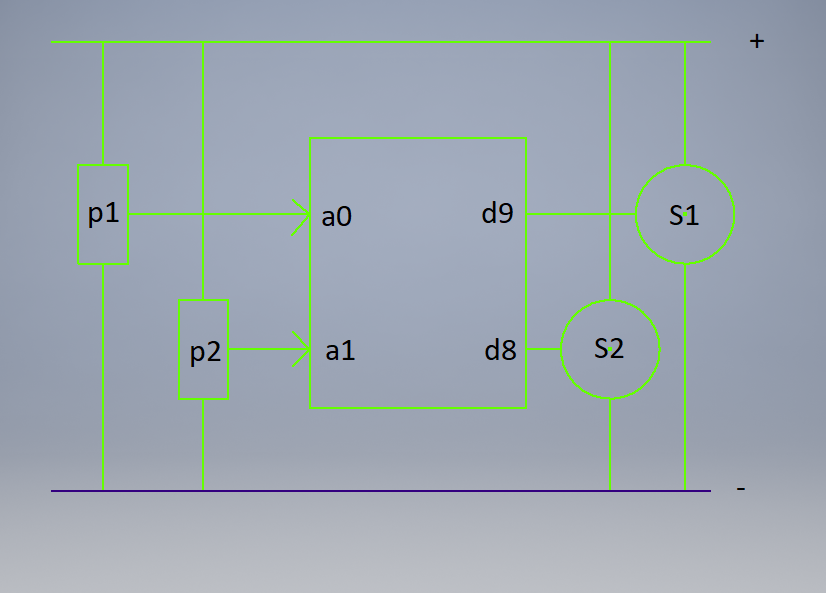 EDIT: I swapped out the Nano for another Nano but that failed to upload the sketch. So I put the original back in & now evrything is working fine!

Darn'd if I can get my head around it, possibly a bad connection with the bread board?

Anyway all working now thanks for your suggestions.

I have no idea whats wrong with your system, but this might help you diagnose it.

I have refactored your code to eliminate the duplication. This means you will get more test coverage and you should find the bug quicker. You could add a Serial print statement to the readAndSet function to ensure that you are passing and calculating the right values, but I suspect you are.

There appears to be nothing wrong with the code, so is it possible that there is some hardware limitation? Is there a short between the lines that causes the pot on A1 to be bypassed?

Not the answer you're looking for? Browse other questions tagged arduino-nano servo potentiometer or ask your own question.