I am trying to input 11 numbers only by the use of keypad but the problem is whenever i use this code. It gave me this error. 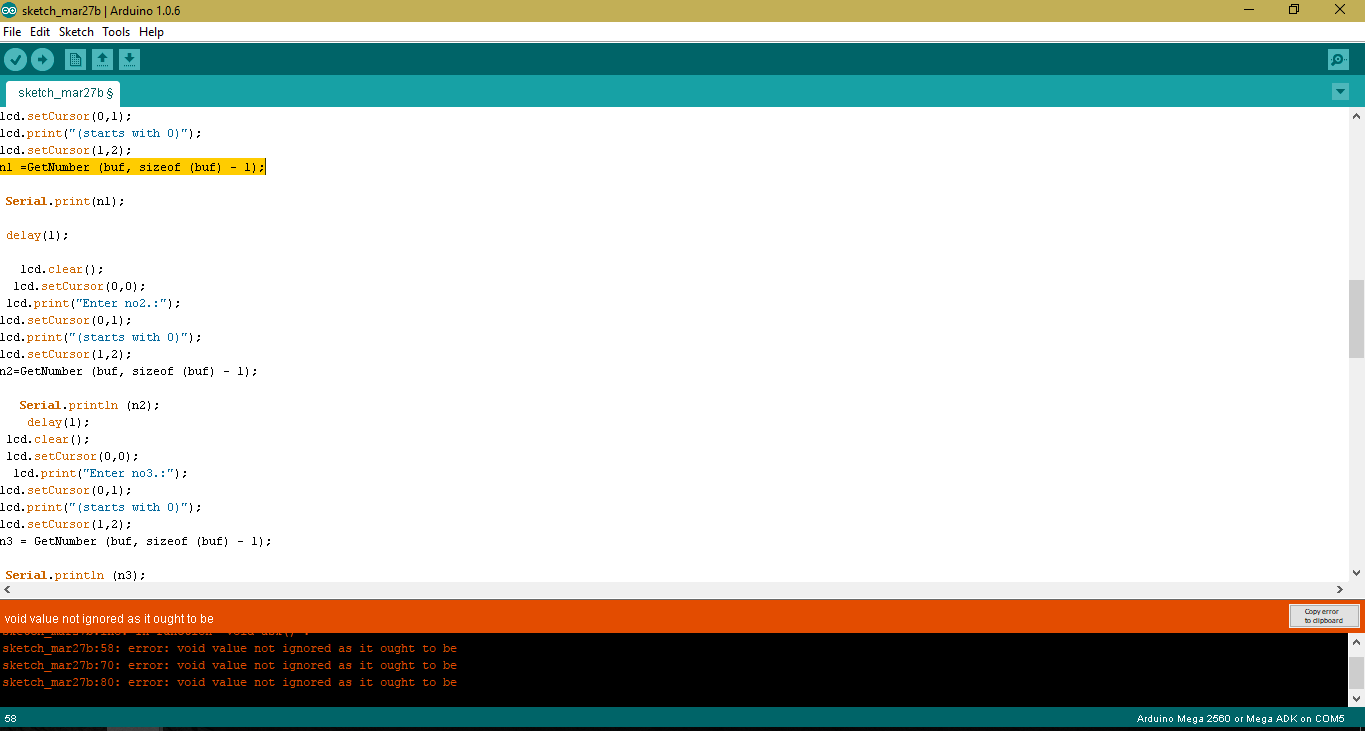 The GetNumber() function is coded in such a way as to pass the collected value back through the result parameter.

So, when you use the GetNumber() function, you pass it buf, and after the call returns, you will find the result in the buf char array.

However, you appear to be trying to store the result in n1, n2, and n3, which are char type variables, and can hold only one character, or a number between 0 and 255, neither of which can hold an 11-digit string of numbers like you wish.

You would probably be better off holding the numbers as character arrays just like buf, and passing those as the first parameter of GetNumber() instead of buf:

If you do that, then you can get rid of buf entirely.

Alternatively, you can keep buf as the temporary holder of the incoming string and use strncpy() to copy the string from buf to n1 (etc.):

This method uses more memory, as you have buf taking up space, but it has an advantage that you can later do validation or error checking on the user input before you overwrite n1 or the others with the new value.

Your GetNumber function is defined to return void (nothing) while you use it as if it returns the number typed.

change GetNumber to return a int and the end of it do a atoi using the buffer and return the result.

Not the answer you're looking for? Browse other questions tagged arduino-ide c++ or ask your own question.

0
Problem with codebender project not compiling
0
Using a 4*4 keypad to enter an integer value
0
could not convert 'digitalWrite(8u, 1u)' from 'void' to 'bool'
0
The problem of not saving the previous value when sending it from bluetooth
1
NodeMcu 1.0 resets automatically after sometime
1
Storing and sequencing output value (arduino)
0
Problem with a function having a parameter with a default value