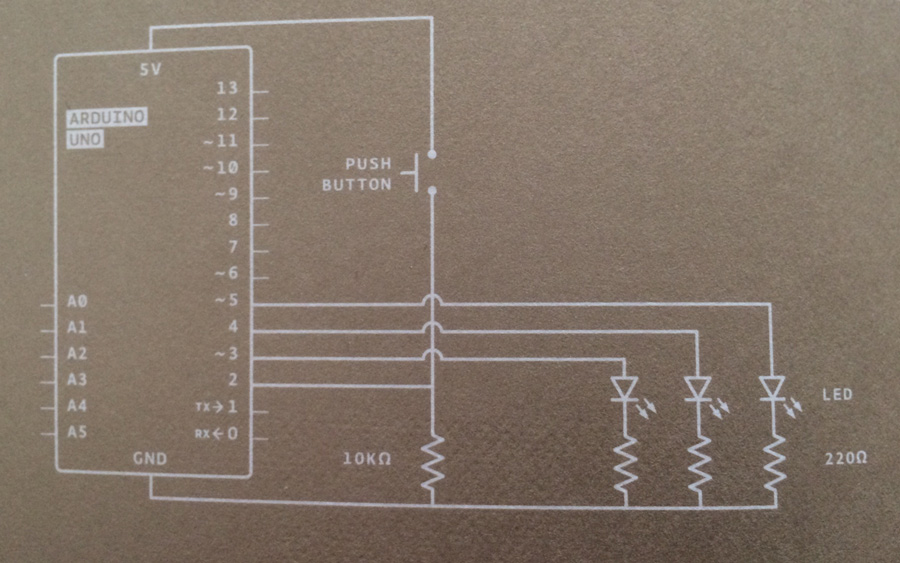 Why we need to add 10kOm resistors after wire to 2 pin?

Due to some weird electronic properties, the state of the input to the Arduino is "undefined" when there is nothing connected. When the button isn't pressed down, it is neither connected to 5V or GND; it is left floating. When floating, the input isn't reliable.

To make sure that the input always has some sort of signal, we connect it to ground. However, there is a problem with directly connecting the input to ground. When you would push the button, you would create a short circuit by allowing current to flow directly from 5V to GND without any current limiting.

Why we need to add resistors after LED?

An overly simplified explanation: A LED will theoretically pull infinite power (as current) from your power source without a resistor. With too much power, the LED will be destroyed from heat.

Because the LED has some resistance, it will pull up to a finite amount of power, but that usually is much more than the LED can handle (and sometimes what the power supply can supply). We need a resistor there to ensure that the LED can only draw as much power as it can handle.

If you look at an Arduino board, it will say DIGITAL (PWM~). That (PWM~) means that any pins with the "~" symbol are PWM pins... pins that can turn on and off their output very fast, in this case to create an illusion that the LED is dimming because the state changes faster than the human eye can detect. 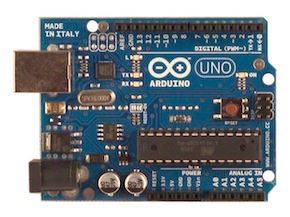 More explanation for PWM here: Arduino docs, an answer [of mine]

5
Timer2 does not work as it should
0
Driving multiple LED arrays with shift registers
0
Creating an Arduino Tic Tac Toe game
0
Arduino, 74HC595N, magic
3
Arduino auto power of circuit possible issue with higher voltage agains output pin?
3
Why I am connecting positive wire in the circuit?
0
RGB LEd and a push button in TinkerCAD