Can I use a spare Darlington Pair on my ULN2003A to drive a DC motor?

I'm successfully running a stepper from my Arduino via a ULN2003A and a secondary power supply. It uses the first four of the seven Darlington Pairs on the chip, leaving three spare.

A) Is there any reason I wouldn't be able to use one of the remaining pairs to drive a standard DC hobby motor? (For the sake of helping future visitors .. what about running three motors off the remaining three pairs?)

B) Do I need anything other than to connect the motor to the chip? (The chip's board has LEDs and resistors on each of pins 1 - 4, but I don't believe they're in series and thus my guess is they can be left off.)

C) The DC motor is on a PWM Pin. Is that the correct way to control its speed?

The image attached shows the setup in case I haven't been clear. 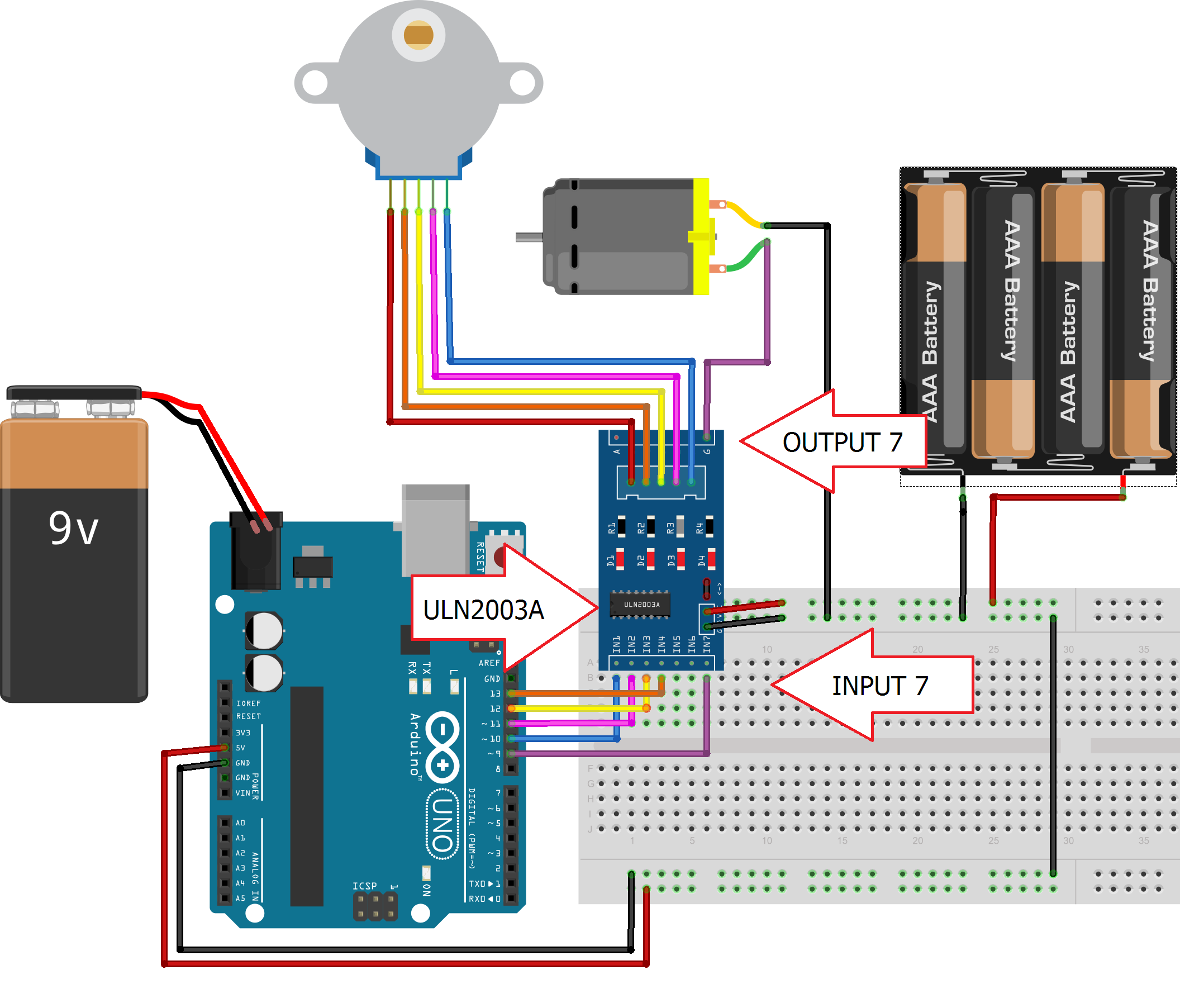 (I could probably just build it and see, but I'm new to Arduino and still scared of the blue smoke if I get something wrong!)

Should work just fine. But you'd have to connect the motor to the positive rail, and since the ULN2003 can only sink current.

Normally when connecting a motor, you'd add a flyback diode. But the ULN2003 already has those inside the chip.

PWM is the easiest way to (somewhat) control the speed of a DC motor.

1
Which type of Motor Drivers to drive Unipolar Stepper Motors?
1
Cannot drive DC motor with Arduino PWM
1
Can I use this replacement motor without modifying the circuit?
1
Can a DC motor use more current than its datasheet?
1
Differential steering drive equation
0
How to drive motors and use an ultrasonic sensor simultaneously?
1
Should I use motor driver or Motor driver shield?
0
Can you drive a stepper motor without the L293D