So i've chosen to purchase a Wemos D1 R2 board in order that my old Arduino Uno R3 projects can get some new IoT features. However, even if my code is working in Uno perfectly, i want to test it using D1 before adding features. My problem is that, even if i have found tables showing differences between the 2 boards' pinouts, i cannot understand the correspondence between the pinouts.

So i am giving you the table below. Let's say i want to define echo and trigger pins for a sensor in my code. For example:

That would be pins D3 and D4 at my Uno. But i cannot understand which those pins would be in Wemos D1 R2. Also, my two boards can be seen below for comparison 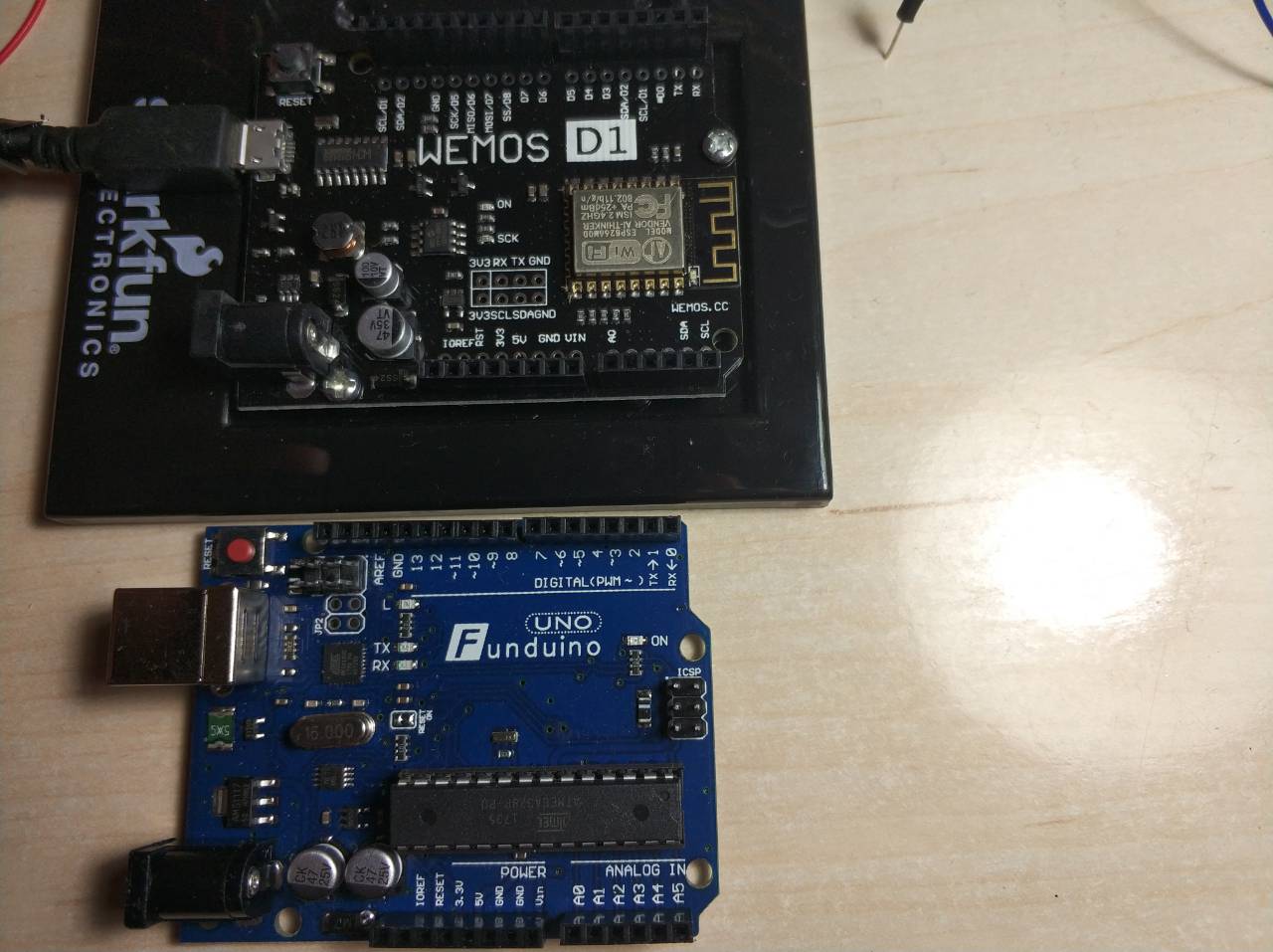 The tricky thing with the WeMos boards is the pin notation is different from other Arduino boards.

Sometimes you will see the digital pins on Arduino boards referenced with the Dn notation. For example: "Connect the HC-SR04's Trig pin to D4 on the Uno". In fact some boards such as the Nano even use the Dn pin notation on their silkscreen. This is just a way of further differentiating the pins from the An pins. You will only refer to that pin by the number 4 in your code.

The WeMos boards are different. You actually need to use D3 and D4 in your code to control the pins marked D3 and D4 on the silkscreen:

Now you can see that if you use your original code:

That would actually be referring to the pins marked D2 and RX on the WeMos D1 R2!

Not the answer you're looking for? Browse other questions tagged arduino-uno arduino-ide pins port-mapping or ask your own question.