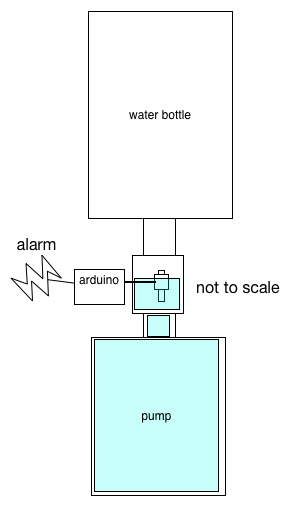 Try a non contact water sensor: https://www.dfrobot.com/product-1493.html I use them and they work very well. You stick it on the outside of the jug, If it falls off the jug will show empty protecting your pump. The ones I use are similar and have an open collector, so no micro is required. I think I paid about $6 a year or so ago. They make adjustable ones. Nice point nothing touches the water or can contaminate it.