Can I connect the optocoupler's emitter to the Arduino ground?

The LED strips work on 12V DC and at 2000mA. If I power the Arduino with 12V DC power source connected to the DC jack, can I give the power to the LED's also using the V-in pin of the Arduino?

Please look at my circuit and tell me where I went wrong and why? 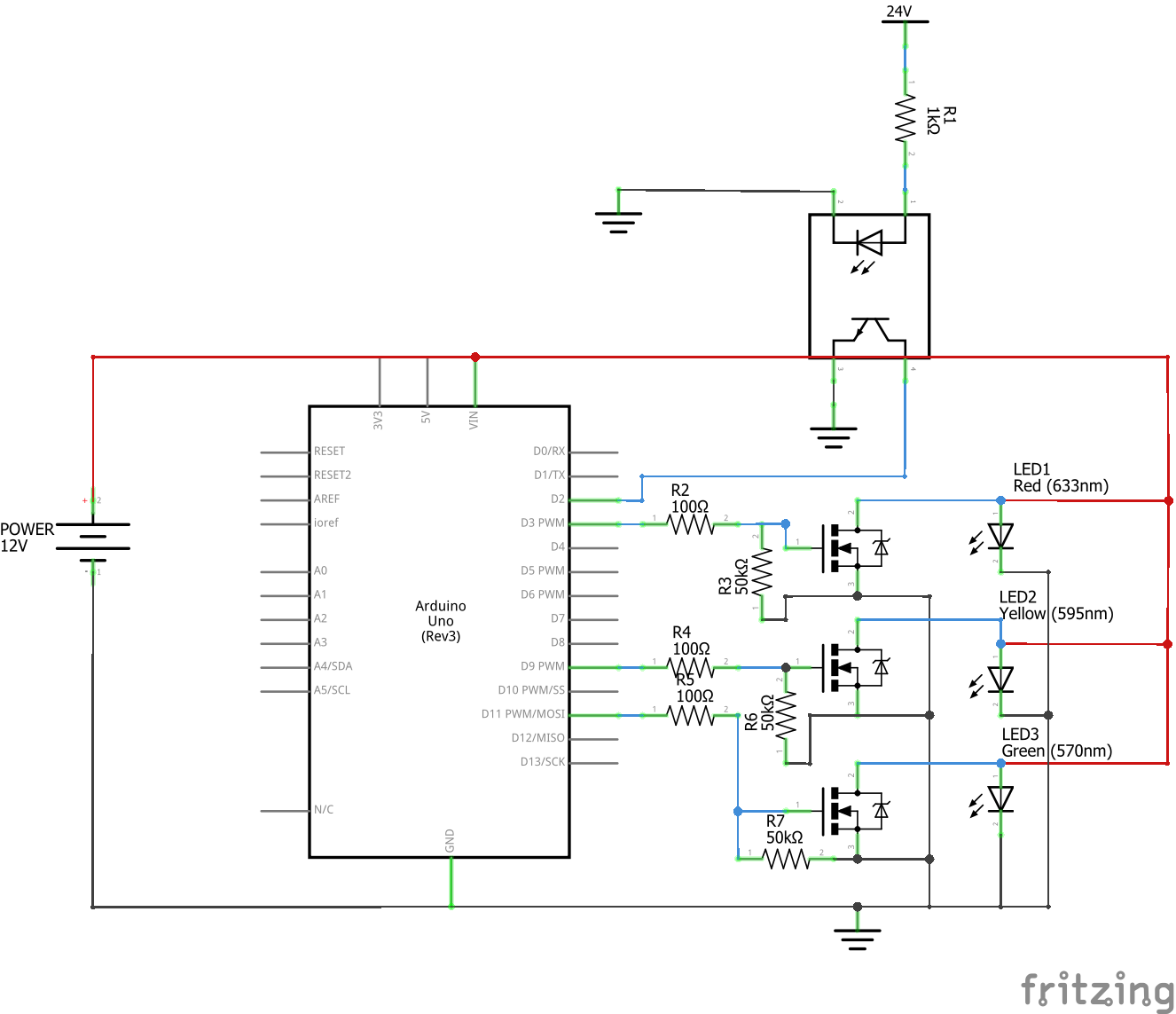 Can i connect the optocoupler's emmitter to the arduino ground?

If i power the arduino with 12 V D.C power source connected to the D.C jack, can i give the power to the LEDs also using the V-in pin of the arduino?

Not at the current rating you are talking about, no. The header is only rated for 1A, and the diode on the barrel jack input is also rated for only 1A. You would need to split the LED power off from the incoming power before it goes into the Arduino.

The way you have your MOSFETs wired at the moment is wrong. The moment you turn one on it will let the Magic Smoke escape. You are using them to short circuit the LEDs, which is very very bad.

Each one should be wired in series with the LED between the cathode and ground: 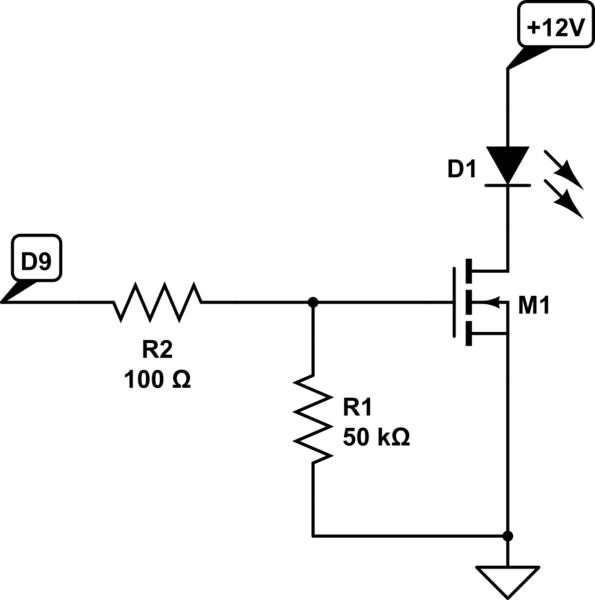 Not the answer you're looking for? Browse other questions tagged arduino-uno voltage-level opto-isolator led-strip or ask your own question.

2
Arduino DUE and optocoupler 4N25
1
How can I wire a 12V LED switch so that it is powered, but my Arduino only receives a 5V signal?
2
Control multiple WS2812B strips with different leds count
3
Setting 10 RGB Strips Independently from Single Arduino
0
Powering Arduino and LED strips from one adapter
0
LED strip brightness decreases when using multiple strips
0
Arduino Uno not working after Short-circuit
0
ESP32 light strips showing incorrect colours