I change ESP8266 baudrate and now it doesn't work

I was trying some AT commands using the monitor of the Arduino Web Editor with an Arduino Uno and a ESP8266 module. It was working at 115200 bauds but then I changed it with AT+CIOBAUD=19200 and now it can't communicate.

Now I see this: 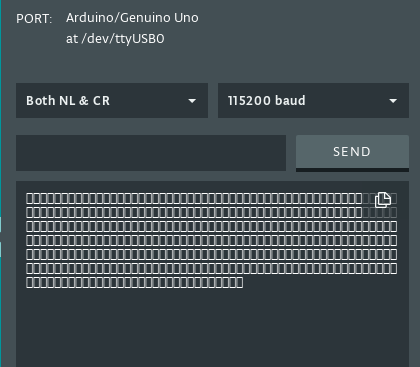 Have you tried setting the web editor's baud rate to both the old and the new values? I ask because the CIOBAUD command has been obsolete for a while now so, depending on the age of your device, it may have done nothing. The command was replaced by "AT+UART_CUR" and "AT+UART_DEF" which have a different syntax.

See this answer to a similar question.

I've used 9600 baud in my example since SoftwareSerial may not work well at faster speeds.

Is it possible to send AT commands from the code instead of the monitor?

Yes, easily. Once the above code has run (and note that I've deleted an unnecessary line since update 1), you can send strings to the ESP with EspSerial.print() and EspSerial.println(). Here's an AT command example:

Not the answer you're looking for? Browse other questions tagged serial esp8266 communication linux baud-rate or ask your own question.