Modify On board 4 pin switch to work with Arduino

I have a HDMI Switch module which switches Input signals. It has a 4 pin push button to switch inputs. ( 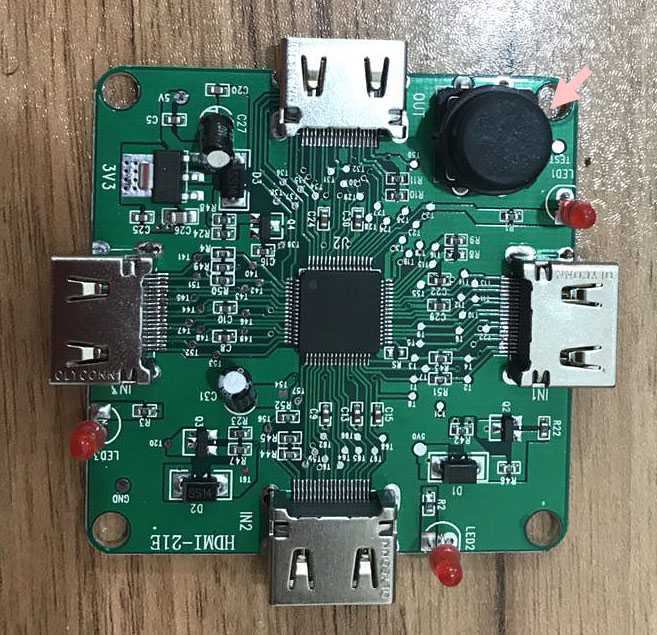 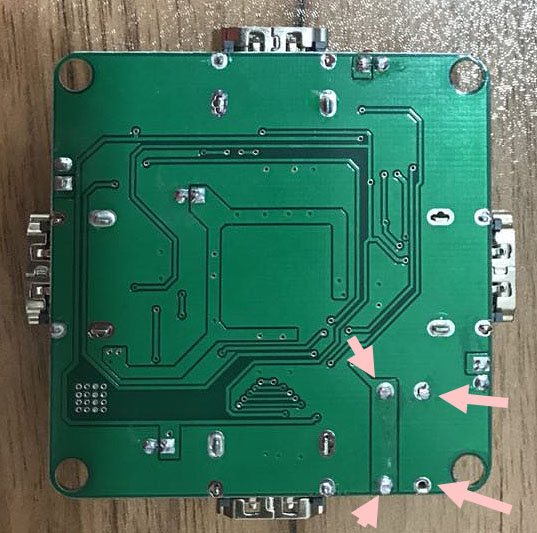 I want to modify the button in order to control it with an Arduino. (push via Arduino command) What should i do in order to achieve this ?

I am newbie in Arduino so please excuse my mistakes.

Although it looks like 4 pins it's actually 2. You can see that they are connected together in pairs. This is identical to any other tactile switch of the kind used in many Arduino demos and examples.

If you can share the grounds between the switch circuit and the Arduino then it's possible to do it with just wires. However care must be taken:

Chances are this is a 3.3V based system (there's very few 5V systems around these days - the Arduino is pretty old technology from that perspective), so just setting an output HIGH or LOW and connecting it directly could damage the switch. Instead you need to emulate an open drain output. That means instead of setting a pin to OUTPUT and toggling it between HIGH and LOW to press the button you actually have to toggle the mode of the pin - that is, toggling between INPUT and OUTPUT + LOW.

You can, if you so choose, turn any GPIO pin into a real open drain output by using it to switch a transistor which in turn switches the button:

If you can't / don't want to share the grounds, then you can replace the transistor with an opto-isolator:

That is by far the safest option since it completely isolates (galvanic isolation) the Arduino and the switch box.

Not the answer you're looking for? Browse other questions tagged arduino-uno button switch or ask your own question.

1
Hooking up 12v Push button to arduino uno/nano
2
Button with switch timer and reset time function + LED feedback. What am I doing wrong?
0
How can I modify Arduino code to work with ATtiny85?
0
Replace mechanical switch with electrical switch or relay
0
LED on same Pin as Toggle Switch, not illuminating
1
Arduino UNO With On / Off Module Switch + Battery Advice
0
How do I connect 20 outputs and 20 inputs to an Arduino board?