Leonardo clone being recognized by Windows as a broken Linino One - wtf?

I'm running a Velleman VMA103, which is advertised as a clone of the Leonardo. Both use the 32u4 chip, and the pinout is exactly the same. However, when I plug it in, the drivers do something weird.

For about 5 seconds after pressing reset, the Arduino IDE will recognize the Leonardo on COM9, and the Windows device manager will show "Arduino Leonardo bootloader" then, the COM9 device will disappear and a device will be shown in the Other Devices tab as a LININO ONE, with no drivers installed. How is this possible?

I've reinstalled the IDE, no help there. 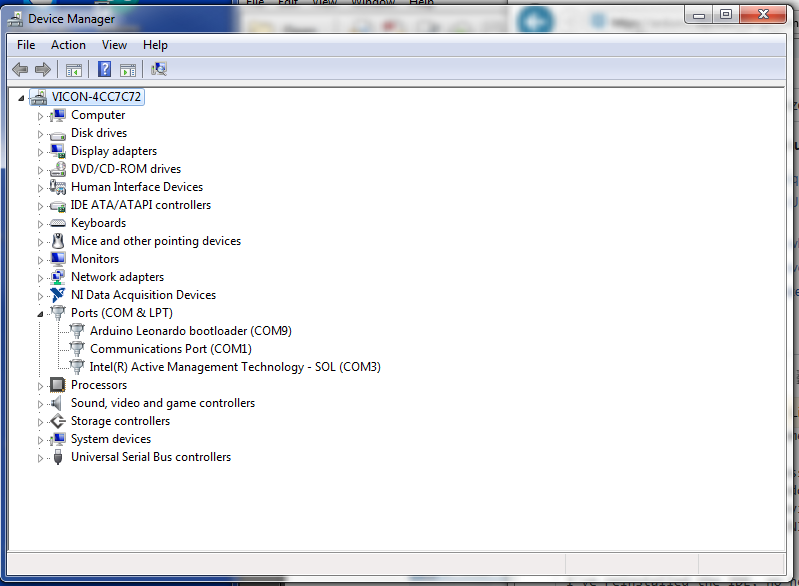 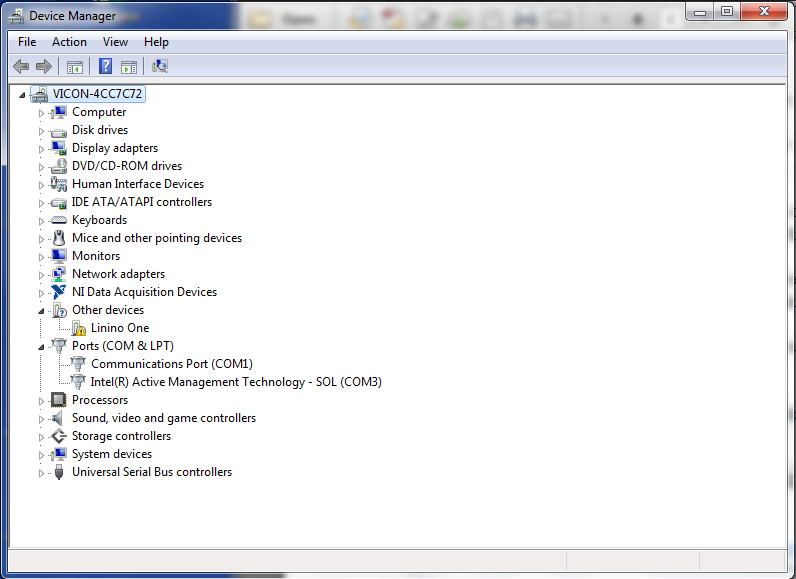 USB associates a driver, and thus what it calls a device, with the VID and PID that the device announces. Arduino PIDs are in a horrible mess, and there are many different devices that use the same PID. On top of that you have other makers also using the same VID/PID pairs and providing their own re-named Arduino driver files for their devices.

And then of course you have the problem that it is down to the firmware ("sketch") installed on the Leonardo that determines what VID and PID is shown to the computer.

So you have a set of possible scenarios - the main two being:

Check 2 first by installing the Blink example into the Leonardo (you can still upload firmware since it goes to bootloader mode at first as you have seen). If it changes the shown driver then you had some broken firmware installed. If it doesn't then you may be running a patched installation of the Arduino AVR core that gives a different default VID/PID pair, or you may just have the wrong board selected in the menu.

If you still have trouble then uninstall whatever driver is associated with the detected device and reinstall the official Arduino drivers that come with the IDE.

You can also delete the IDE and its associated downloaded packages and reinstall the latest version to ensure that you don't have strange patches and settings in there corrupting things.

Not the answer you're looking for? Browse other questions tagged arduino-leonardo bootloader or ask your own question.