I have an Arduino Due with an Arduino Ethernet Shield V2 that I use to control multiple daisy-chained WS2811 LED strips.

When I turn on most of the LEDs the Arduino and attached wires seem to become an antenna, picking up fluctuations that make the LEDs flicker, by messing with the data on the WS2811 data line. Touching the data cable, touching the ethernet plug on the shield, or simply hovering my hand over the Arduino adds noise that causes flickering in the lights.

When I pull out the ethernet plug, it stops. (The Arduino continues to update the WS2811 chips, even without network connection) 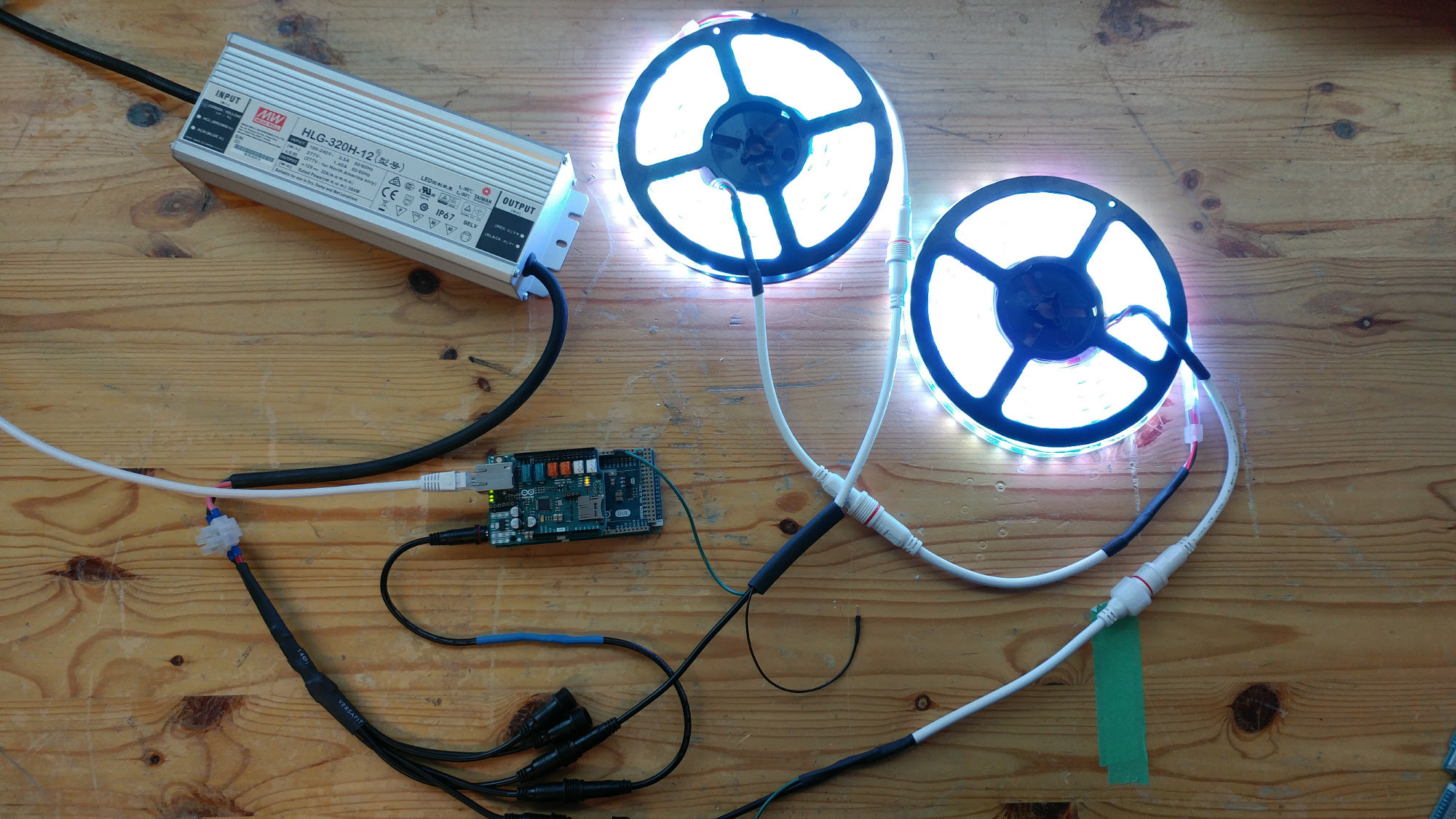 The flickering is especially strong when I set the first couple of LEDs in the chain to White (biggest draw of current), while having red or green colored LEDs at the beginning causes milder flickering (even if there are LEDs set to White further back in the chain).

Another mystery: You might notice the lose ground cable from the LED strip connector. When I plug that into the Arduino Due, the LEDs don't get turned on at all. When I plug that ground cable into the Ethernet shield sitting on the Due, then some lights turn on wrong. No matter if Ethernet is plugged in or not (though there's a difference in the 'wrongness' of the lights when Ethernet is plugged in). Note, that the Arduino and the LED strips already share ground 1 foot away as they are both fed by the same 12V power supply.

Where are all these grounding issues coming from and how do I get rid of them? What else could I try?

I suspect that the signal driving the LED strip does not have enough voltage swing. And that ground noise/resistance is what makes the system sometimes appear to work correctly.

The Arduino Due has output signals from 0 volts to 3.3 volts.

Which would explain the observation that if ground is connected directly between Due and LED then the Due output is never high enough to signal the LEDs.

I would try using a logic level converter between the Arduino Due output and the LED strip data input.

Not the answer you're looking for? Browse other questions tagged ethernet or ask your own question.