Why does my Arduino IDE hang/crash so often?

I've traditionally used a text editor with avr-gcc and makefiles for working with Arduino boards. I'm now trying to develop projects for the wider Arduino user-base, so I am trying to use the Arduino libraries and common IDEs for ease of use.

I started using Stino, but then found out that the Arduino IDE has some toolchain "quirks" that mean I will need to test everything in Arduino IDE expressly.

Since starting to use it more, I have found it frequently hangs or crashes. The triggers for this are:

I don't have any other stability issues and other Java based IDEs like Pycharm work flawlessly.

I have installed numerous libraries, including the entire Teensyduino suite (which is a lot of libraries!). Outside of that, no changes have been made.

Is this a common issue? Is there any logging or anyway I can try and work out what is causing this issue?

I have tried uninstalling and reinstalling.

Just report it to Arduino.

This seems like a bug. We're not Arduino developers or a bug tracking site. We can only do so much here. Even if it was confirmed a bug and we fixed it, there's only so much that can be done without submitting a report.

BEFORE YOU SUBMIT A REPORT:

Many things are said to have been improved compared to the previous 1.0.5-r2 version.

It'd be stupid not to try the newer version. 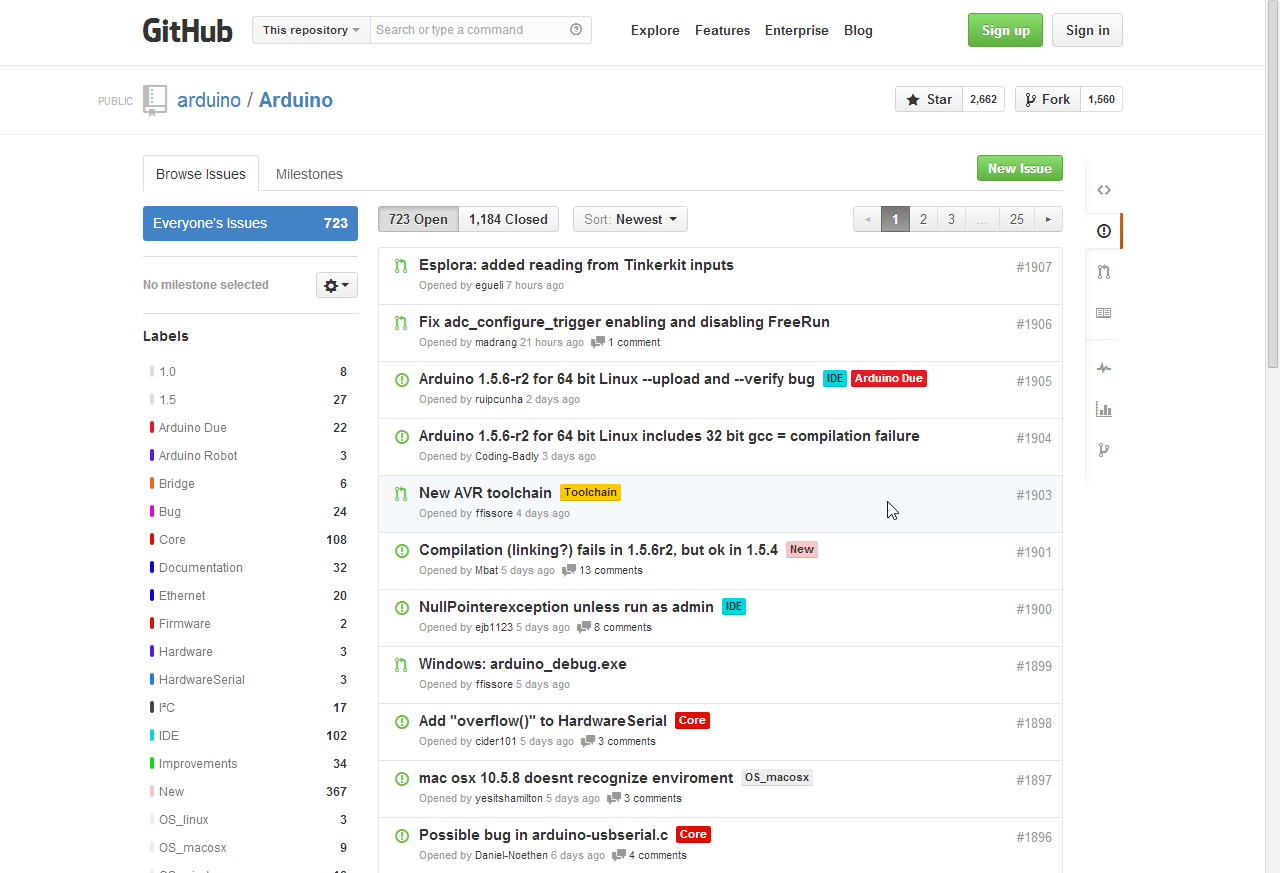 For debug and logging you can use the Mac Console app, it will show any errors that come up from the App. You might need to filter for Arduino App related messages though.

Not the answer you're looking for? Browse other questions tagged arduino-ide avr-gcc or ask your own question.

1
Is it possible to package a sketch with dependent libraries for cross-platform compatibility?
1
ESP8266 Web Server Crash + Arduino IDE
0
Arduino IDE crash when I connect Blend Micro
0
IDE does not create prototypes
2
How does the build process in Arduino IDE work for ESP8266
4
Why does Arduino IDE take so long to open?
1
Why my arduino board does not blink properly?