Changed ESP8266-01 to wrong settings by mistake. It was working ok at 115200 (its default settings). It was connected like this:

It was just for testing AT commands. I did it like that because I realized that I was getting errors all the time trying to connect using SerialSoftware (and different pins in Arduino).

Found out later that SerialSoftware does not work correctly at 115200...

So I issued the following AT command:

Now I cannot connect to the ESP8266 to correct that setting. All I get is garbage characters. I understand it's because of the flow control settings. I set it to both RTS and CTS which I also read later ESP8266 does not support?

I cannot think of anymore ideas. Have I completely messed up my ESP8266?

Is there a way that I'm not aware of that could fix this problem? How?

Are you aware that this configuration (3) as a rule would require both RTS and CTS extra physical signals to work ? That means, if you do not connect anything there, the level present at some pin configured anywhere would prevent ESP8266 from receiving further data from serial.

In general people use "no flow control" (0)

As I stated in my post I did it by mistake. Nonetheless I was able to fix it by using a different flashing tool that used just one .bin file instead of many like the official ESP8266 tool does.

Can anyone please explain me why is that? Why are there different tools to flash the ESP8266? In concrete, why one requires just one file that will update the SDK and AT firmware in one pass, and the other requires many differente files? Or just a link to a site o post so I can better understand the differences?

The tool I ended up usign is "ESP8266 Flash Downloader" 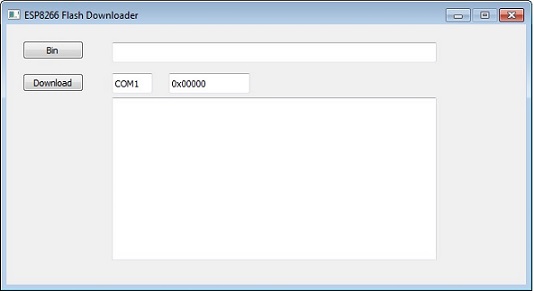 Not the answer you're looking for? Browse other questions tagged arduino-uno serial esp8266 baud-rate speed or ask your own question.

1
How did I burn out this ESP8266 unit?
3
Arduino Uno and ESP01: can't issue AT commands [Solved]
1
ESP8266 does not respond after changing baud rate to 9600
5
ESP8266 12e Arduino IDE outputs garbage values on serial monitor
2
Updating firmware on Adafruit Huzzah ESP8266
0
Problems encountered when trying to program Arduino UNO via esp8266 with ESP-Link
0
Problem with nodemcu esp-01 can't connect to wifi
0
Possible to put the ESP8266 in bootloader mode without a FTDI?