I am trying to control them by an MCU; connected directly they work fine, but I am iffy about keeping it this way so I'm trying to power them through a darlington pair array, (ULN2003).

Using the non-latching type, these work fine through the ULN2003, but attempting to interface the code below with the latching type isn't going so well and i can't figure out why:

I have four connected with a common pin, but to simplify i've tried and failed to have the code above work on a single relay, as shown below: 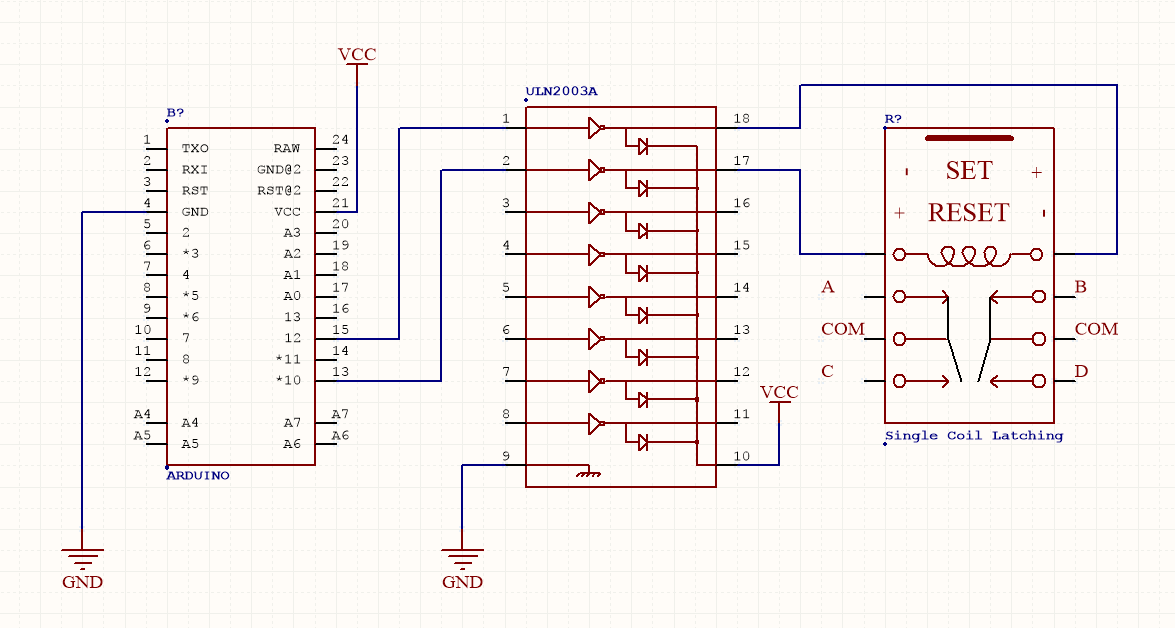 Measuring the voltages out of the MCU show the correct levels, keeping in mind the ULN2003 acts an inverter, so i've set the boolean logic accordingly.

The voltages at the output of the ULN seem to stick at 0.6V, I've tried a bunch of permutations, including having one pin (on the common pin setup) connected directly to the MCU.

Does anyone have any ideas?

You need to use an h-bridge as if you were driving a motor. For this kind of relay you need to be able to both sink and source current, which a Darlington pair cannot do, it can only sink. 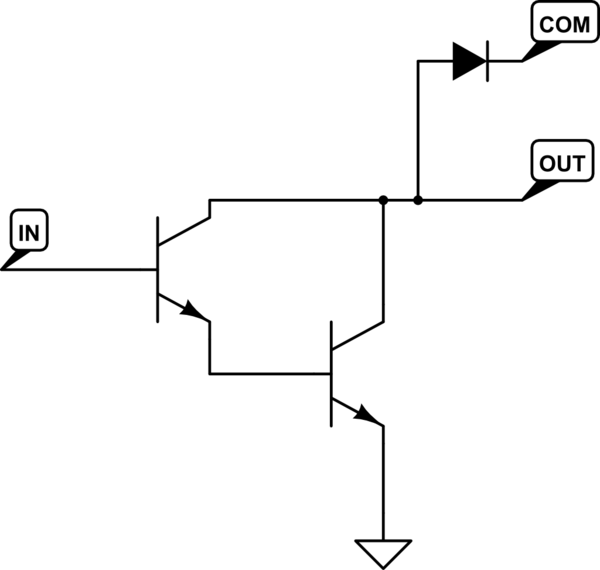 As you can see, setting the input HIGH will allow the transistor pair to conduct, but setting it to LOW will stop it conducting - so the output is either connected to ground, or is floating.

I'm sure that you've solved this, given that the post is old, but it would work if you use pull-ups on the ULN2003 outputs. However, you should wire at least two open-drain buffers of the ULN2003 to both endings of the relay coil to ensure enough current when the microcontroller pulls down.

Not the answer you're looking for? Browse other questions tagged arduino-uno relay transistor or ask your own question.

1
Arduino UNO with LMT86LP temperature sensor
2
Adafruit TLC5947 breakout board is not working with my Arduino Uno
0
Bizarre behavior, loop function affects setup function
0
Arduino code to control 4 led's from 4 buttons
1
I'm trying to display the numbers 0-99 by multiplexing to two 7 segment displays. One number does not display
0
What's wrong with my codes/
1
having problems with my arduino bluetooth car project(with L298n Motor Driver)