What good designs are available for Geiger counters using an Arduino?

Are there any good circuit designs for Geiger-counter projects using an Arduino?

If so, what Geiger-Muller tubes should I choose to detect different types of radiation?

There are a few good, open-source, designs for Geiger counters using cheap G-M tubes and Arduino boards out there. Which one is best for you depends on what you want to achieve, so let's start by taking a look at what you might want to detect.

What are these "types" of radiation? 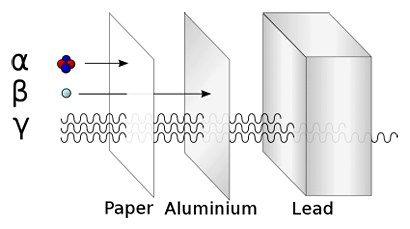 Alpha radiation: basically consists of helium-4 nuclei (i.e. two protons and two neutrons). These interact with matter strongly because they are relatively heavy and carry a positive charge. However, because of their mass they will normally only penetrate a few centimetres of air. Alpha particles can be stopped in their tracks by a single sheet of paper.

You may not realise it, but the sensor in most smoke detectors uses a very small amount (~0.2μg) of Americium - 241Am. 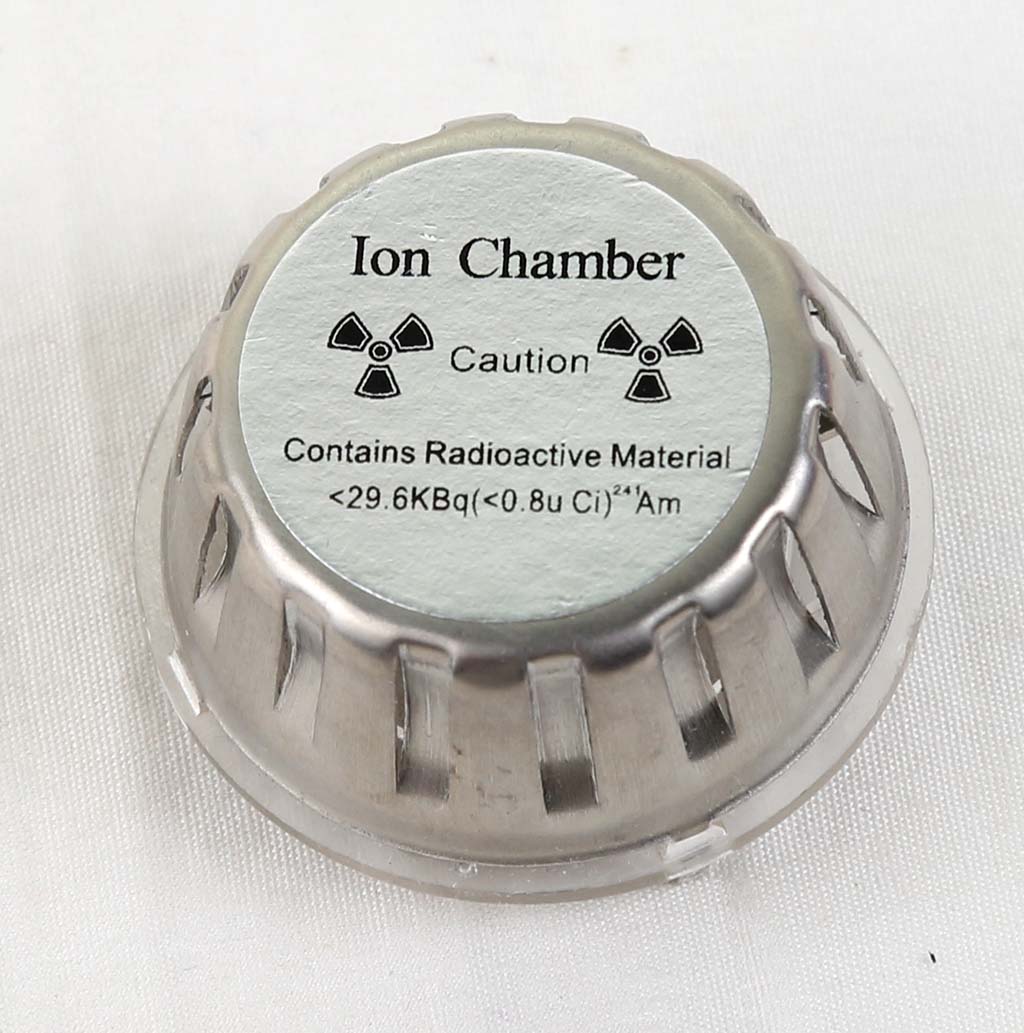 Beta radiation: consists of highly energetic electrons. Because these particles are relatively light, they can penetrate somewhat further than Alpha particles. Even so, beta radiation can be stopped by a thin sheet of aluminium.

The big risk to human health from alpha- and beta-emitters is when they are ingested or inhaled. In these cases, the particles are brought into close contact with sensitive live tissue where the ionising radiation has the potential to cause various types of cancers.

Gamma radiation: is electromagnetic radiation having a higher frequency and shorter wavelength than X-rays.

One way to think of gamma-radiation is like a kind of "super X-ray". Gamma rays can pass through virtually anything. To build an effective shield, you need to have either very thick walls or a shield made from something with a high atomic weight, such as lead.

Gamma rays are produced naturally by the sun and stars - this is the source of what we call "cosmic radiation".

So which tubes should you choose?

Once you have decided what types of radiation you want your Geiger counter to detect the next step is choosing the tube. In general, they are all high-voltage tubes, typically operating at ~ 400V.

At the moment, the cheapest available tubes are probably the Russian SI-3BG Geiger Muller tubes, which can be picked up on eBay for about £5 GB. These are not very sensitive, but I've found they do work OK for beta and gamma radiation. However, it doesn't detect alpha radiation (which, as mentioned earlier, is what is emitted by the source in the sensor in many smoke detectors!)

One thing to watch out for is that these tubes are all different sizes, ranging from about 20mm long to more than 200mm. This matters. If you are going to design or buy a PCB for your project, just check that it has been designed to fit the sensor that you intend to use.

The following table lists the most popular G-M tubes, together with their main characteristics:

Follow the links below for further data on each tube:

Your choice of tube is going to be determined by your budget, the types of radiation you want to detect and the sensitivity you want to achieve with your G-M counter.

OK, so now we understand the radiation types, and we've chosen our tube, what Geiger counter designs are out there that use the Arduino.

(disclaimer: I have no connection with any of the companies mentioned in this answer)

Well, it turns out there are a few good designs out there (Google is your friend here), but one that does stand out from the pack (IMHO) is the Geiger Counter - Radiation Sensor Board for Arduino and Raspberry Pi from Cooking Hacks.

This is an open hardware design, and the code can be downloaded on a GPL licence.

It's a relatively simple design, and has a kit available pretty much off-the-shelf. Software can be downloaded for the Arduino and/or the Raspberry Pi. If you decide to buy the kit, they assure us that the shield/hat has been tested with the Arduino Uno and all models of the R-Pi.

Alternatively, you can just download the circuit diagram on the link above and design your own PCB (I don't think they offer the Gerber or Eagle files to download).

It is worth mentioning that the tutorial page also includes all the lovely useful background theory you'll need to understand how Geiger counters work, and how to get the most out of it.

Final thoughts. If you were thinking of building a Geiger counter without using an Arduino (Yes, yes, I know. But there may be some strange people out there who want to go this route!), there are still some nice designs out there you can play with.

The Geiger counter from MightyOhm is also open-source and uses the SBM-20 Geiger-Muller tube. Again, it is available as a kit, but if you prefer the DIY route, the design files are available to download.

Having looked at it, adapting this design to interface with an Arduino would probably also be relatively straightforward ...

If you are on a really tight budget there is a $15 Geiger counter on Hackaday. This uses the Russian SI-3BG G-M tube (discussed above) and a modified power-supply from a disposable camera.

I built one of these with a friend who was just starting out studying electronics and wanted to have a go at this project. I can confirm that it works, but that $15 price-tag is very optimistic.

(Having built this one, my friend decided that her next project would be to design a better one with greater sensitivity and which could detect alpha-, beta- and gamma-radiation and which incorporated an Arduino Uno. In hindsight, I should probably have mentioned the design from Cooking Hacks ..!).

14
What are the fundemental differences of different Bluetooth modules for beginners?
0
Using displays with Arduino Uno
7
Using Arduino for Industrial process
0
What sensor would work for soccer ball detection efficiently using Arduino?
2
Is there a good Arduino enclosure for that works with the Olimex MIDI shield
0
Using HC-SRO4 sensor and looking for obstacle