EDIT 4/2/18: The Arduino tutorial schematics have been corrected! See https://github.com/arduino/Arduino/issues/6433 for that issue.

I have a project where I am trying to load a 16-bit number onto an EEPROM using an Arduino hooked up to two 74HC595 Shift registers.

I'm loosely following this Arduino tutorial: https://www.arduino.cc/en/Tutorial/ShiftOut, but I'm getting unexpected outputs depending on the number I try to load into the register. I've reduced everything to as simple a setup as I can, and have spent several hours trying to figure out what the heck is going wrong... obviously to no avail.

Here is the schematic - with the exception that I moved the capacitor off of ST_CP (why would they put that in the tutorial?) to between power and ground:

Here is my code:

Here is a picture of my breadboard setup with Case 1 loaded: 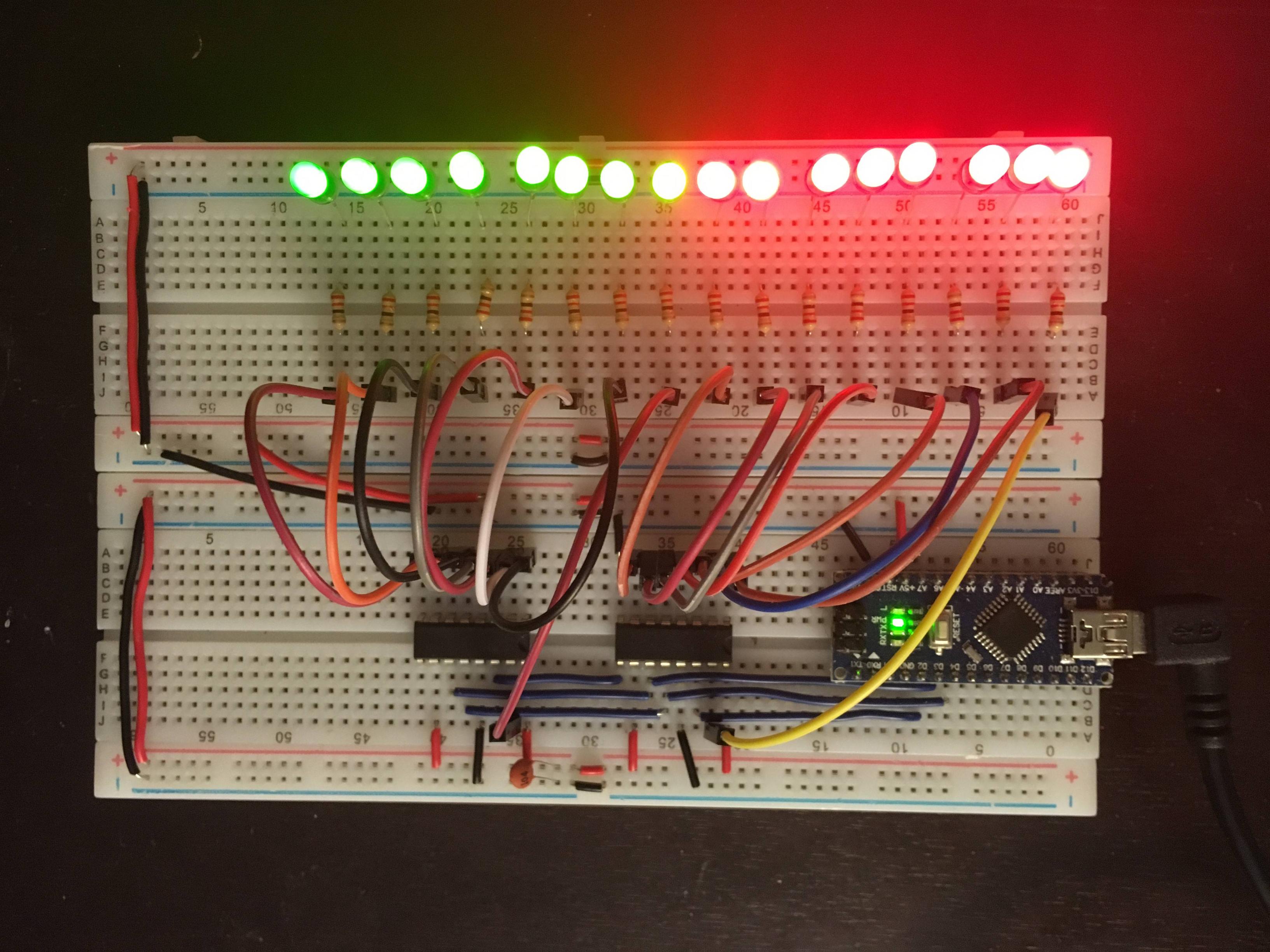 And here follows my test cases.

What could my problem be? I assume it's something very simple and I'm being an idiot.

You should change your capacitors.

You only have 0.1µF instead of 1µF for the bulk capacitor (which really wants to be 10µF). In addition you should add 0.1µF (100nF) capacitors directly across the power pins of each chip: 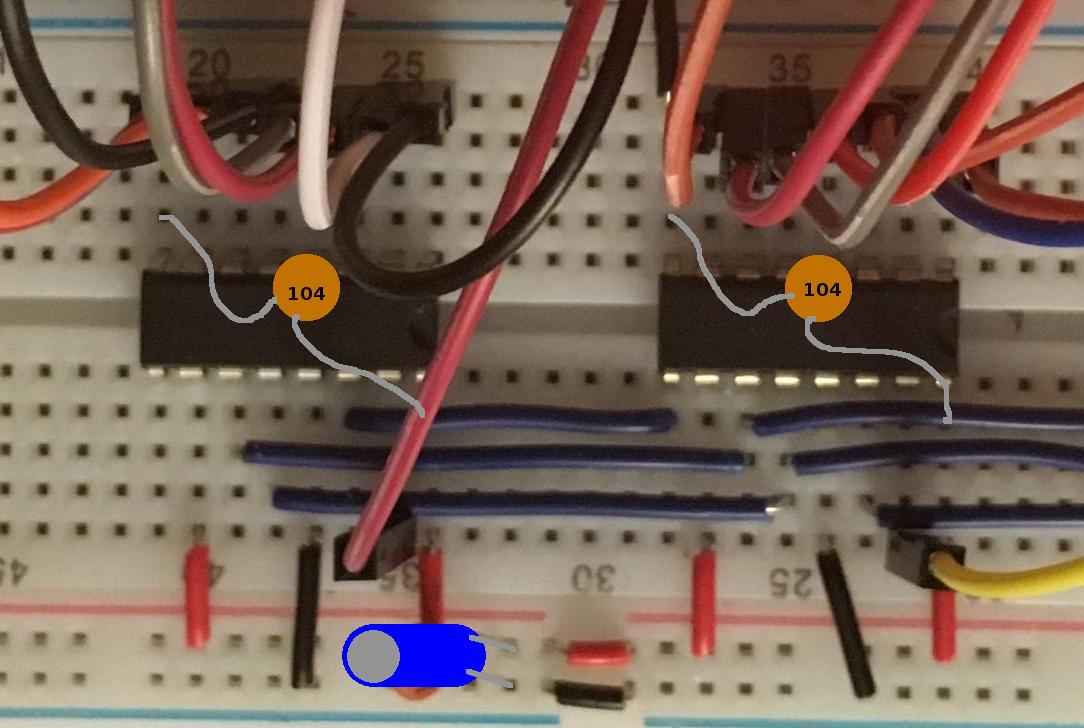 I have forum post about the 595 chip and a question and answer about SPI.

You can use SPI to do the transfer. This is faster and simpler than shiftOut. Also you need to bring the latch low before transferring the data.

Not the answer you're looking for? Browse other questions tagged arduino-nano shift-register or ask your own question.