I am using ADXL345 accelerometer with Adafruit_ADXL345 library for vibration measurement.

I am reading acceleration at X, Y, Z-axis of a sensor placed on a vibrating platform.And serially sending it to PC at a baud rate of 115200.

When vibration is low sensor shows vibrations but as i increase the vibrations serial transmission seems to be halted. As shown in figure:(x-axis=Samples y-axis=Values ) 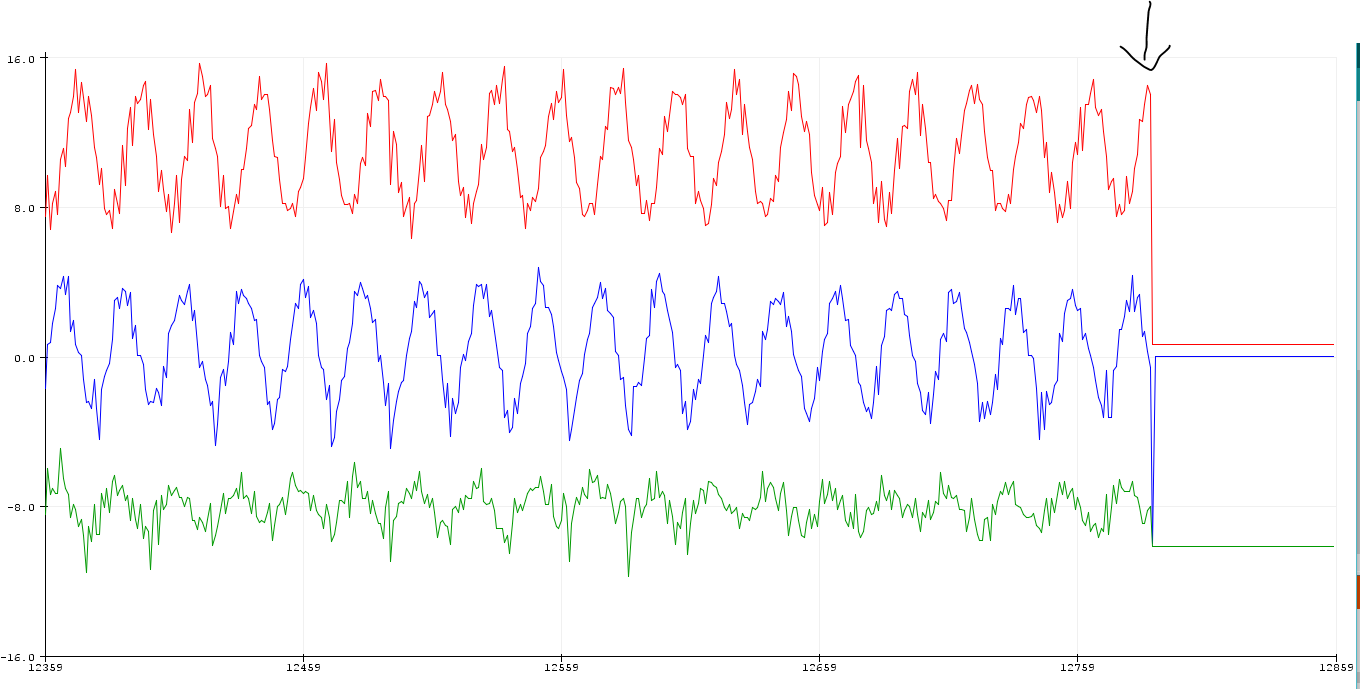 I thought it may be due to loose connections so I soldered its terminals but it behaved the same way at higher vibrations. Here is the code that I’m using.

Where does problem lie? How to resolve this issue? 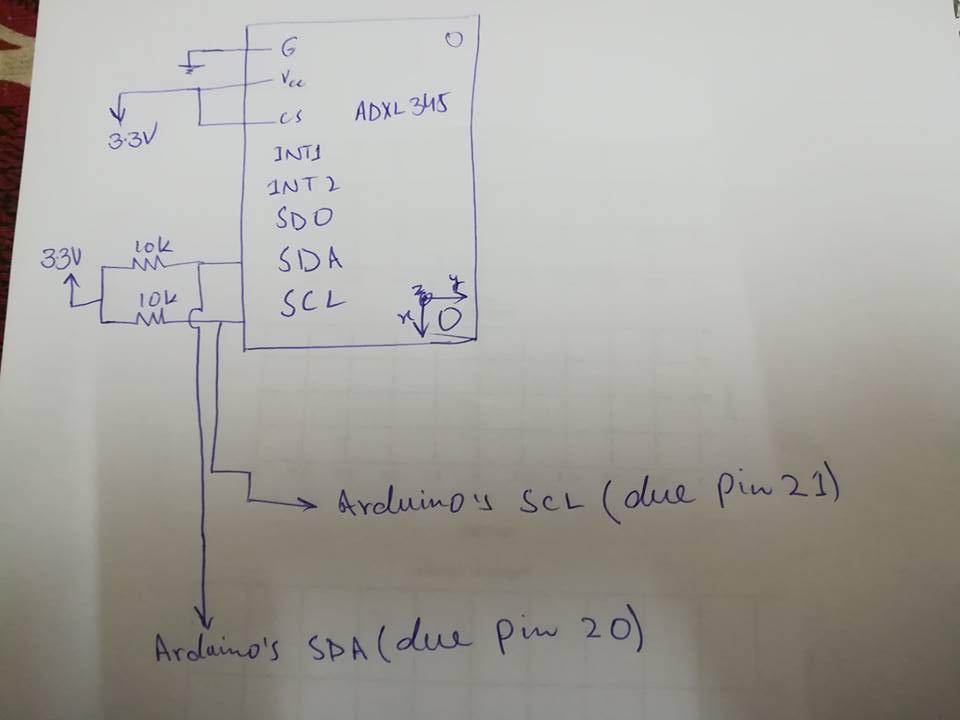 There is a known issue with the default "Wire" library, where if a certain transition is missed, the code goes into an infinite loop (rather than timing out). You possibly are reaching that situation. A possible reason is your printing of numbers at quite a high baud rate. The printing could be taking up so much time (itself causing serial interrupts as the serial buffer empties) that the I2C code doesn't execute in time the I2C interrupt.

You could try dropping the printing baud rate (something I wouldn't normally recommend) which means the serial interrupts would occur less frequently.

There is a library by DSS Circuits that has a time-out for I2C which may work around this issue to an extent:

Another thing you could try would be to summarize the data (eg. sample for 500 ms and then send the average), which would reduce the amount of serial comms.

So, my recommendations are:

If you have a logic analyzer you could look at the I2C signals and see if you can work out if the data is being transmitted as expected when the vibrations occur.

Saleae sell logic analyzers, the cheapest being $US 109. I use their (more expensive) analyzers extensively for debugging this sort of thing.