I made a clap light switch to control my room lights and ground LEDs, and it works perfectly but when ever I have both the LEDs and the lights on it kinda stops working. I use two claps for the lights and three for the LEDs. Does anyone know what could be wrong? here is my code.

Edit:
When I do both two claps and three claps, both lights turn on and no matter how many times I clap none of them turn back off.

Edit 2:
Components I am using are, a simple buzzer, and microphone called MAX4466 and a 5v relay with two outputs. 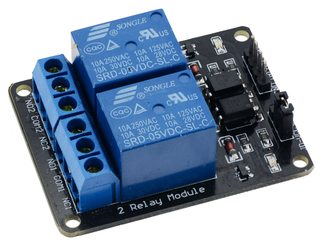 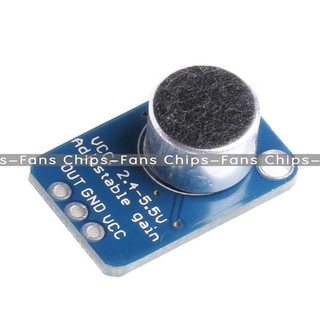 I've looked through your code and can't see anything obvious that is causing the problem, so I have refactored it a bit in the hope that the problem becomes more obvious.

What I have tried to do is to reduce the number of lines of code. If there are less lines then there should be less bugs :)

You used a bool to record the on off state, I changed that to an enumeration because that adds a bit of clarity, and when working with mains voltages I like things being clear.

The guts of the if statements have been removed and placed in a function ChangeRelay(), it returns the new state of leds or lights. I could have gone with a reference to make state an in out parameter, but decided a return was simpler.

ClapCount() and GetVolts() are relatively unchanged apart from a bit of const'ing of variables to make things easier to read. Also you might have noticed I, j and N have all been removed, because single letter variable names are my nemesis, who knows what q means and why r and t are being added to it to make z?

ControlRelay lets you route all you relay switching through one function, if there was a copy and paste bug in your code (which I don't think there was) then they will either all work or not work now.

There is a big difference between "my" code and yours, you won't be able to switch both on at the same time because the switch statement won't let you. So in a way you problem is solved. If you really wanted to you could add:

Not the answer you're looking for? Browse other questions tagged arduino-uno relay or ask your own question.