Which component is described as a “jumper” (NOT jumper wire) when working with a motor shield?

In this video I'm watching then instructor talks about using "jumpers". He's got a motor controller shield and at first he says that "during the making of this video we only had 1 jumper, thus only Pin 4 is working", and that as a result he could only move a motor/wheel in 1 direction.

He proceeds to find another jumper, uses it to make Pin 5 work, and then he can reverse polarity and change the direction the the wheel spins.

At first I thought that he must mean header pins, but when he holds the tiny component up, it looks like it's something else: 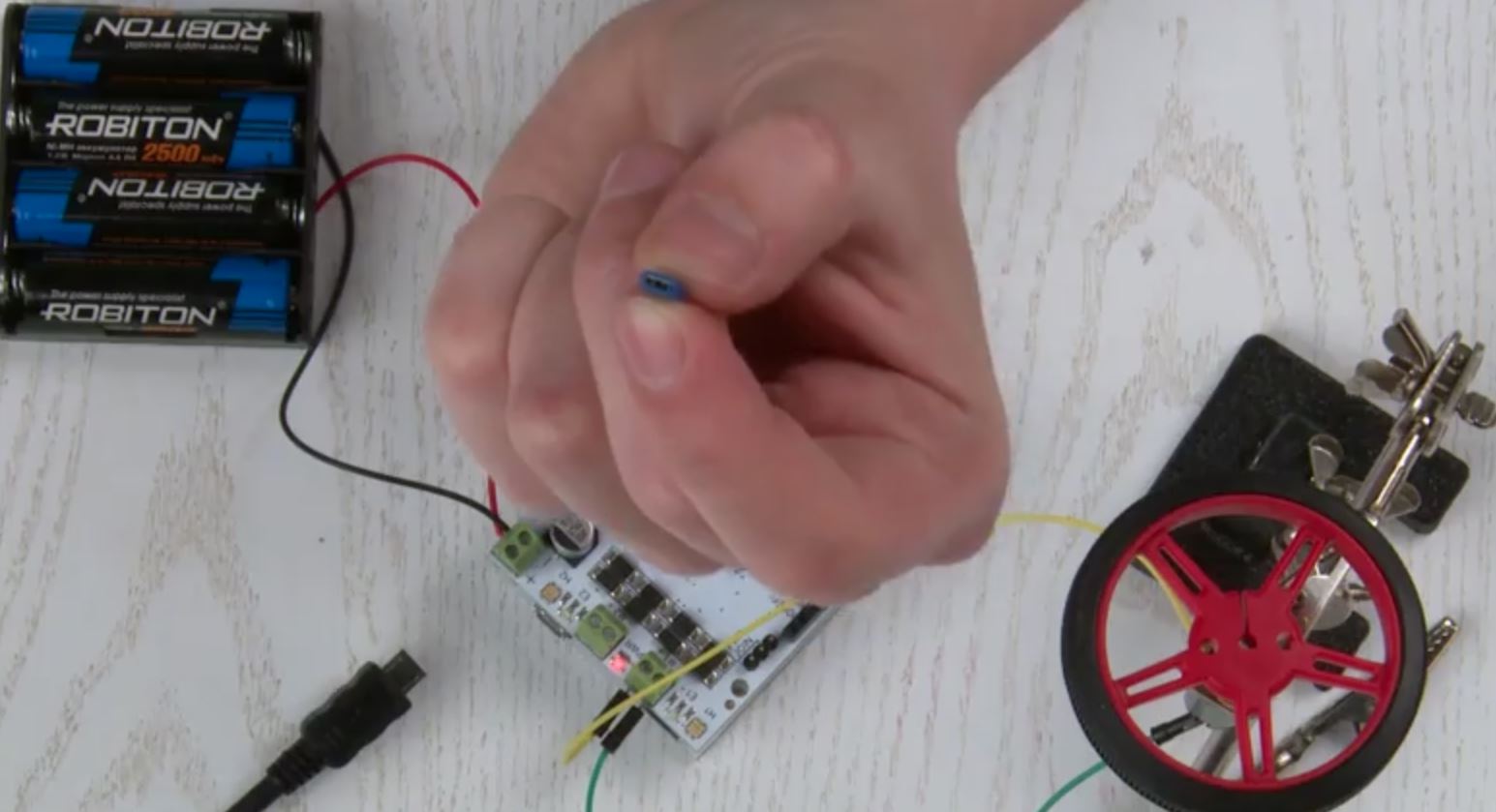 I read about a "power jumper" on an Adafruit page, but it only applied to one version of the Arduino and sounded like it was to do with Power joining (using the same power source for the motor and controller), so I really don't know if that's the same thing.

It's one of these (or similar). It connects two adjacent male header pins. 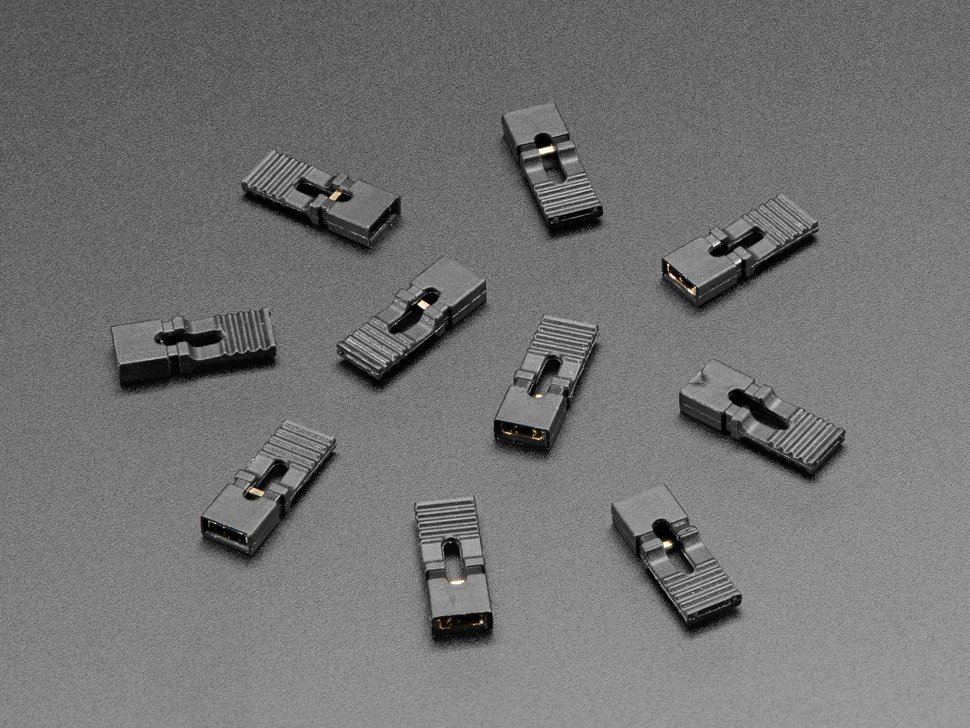 Not the answer you're looking for? Browse other questions tagged motor arduino-motor-shield or ask your own question.

2
Which motor (type) to use for an arduino controlled magnetic stirrer?
5
Question different ways of connecting L298N motor driver board to arduino and motors and powering them
4
Arduino motor shield will only work in one direction
1
Arduino water pump not working and beeping
2
Attempts with Sainsmart Motor Shield Not Working
0
Motor not working when connected to motor driver shield?