What is actually an IC (Integrated Circuit)?

They say that you must know what IC your board has before loading a new program from the Arduino IDE and that the information is available on the top of the IC, but where is it exactly and what is an IC?

IC stands for integrated circuit, which is a generic term encompassing any class of devices that has multiple electronic components (transistors, and possibly capacitors, resistors, diodes, and more) encased and interconnected within. The opposite of an integrated circuit is a discrete component, which is a single electronic component in its own package that relies on wiring (or a circuit board) to connect to other components.

Taking a look at the Arduino Uno R3 below (click for larger image), the long rectangular black thing is the primary IC. You can see the ATMEL logo on it, followed by a short series of numbers (a date code if I'm not mistaken). Below is the chip model itself; in this case, "ATMEGA328P-PU". With respect to the Arduino IDE, it's sufficient to know that the chip is an ATmega328P, which is sometimes incorrectly called ATmega328 in the Arduino world. 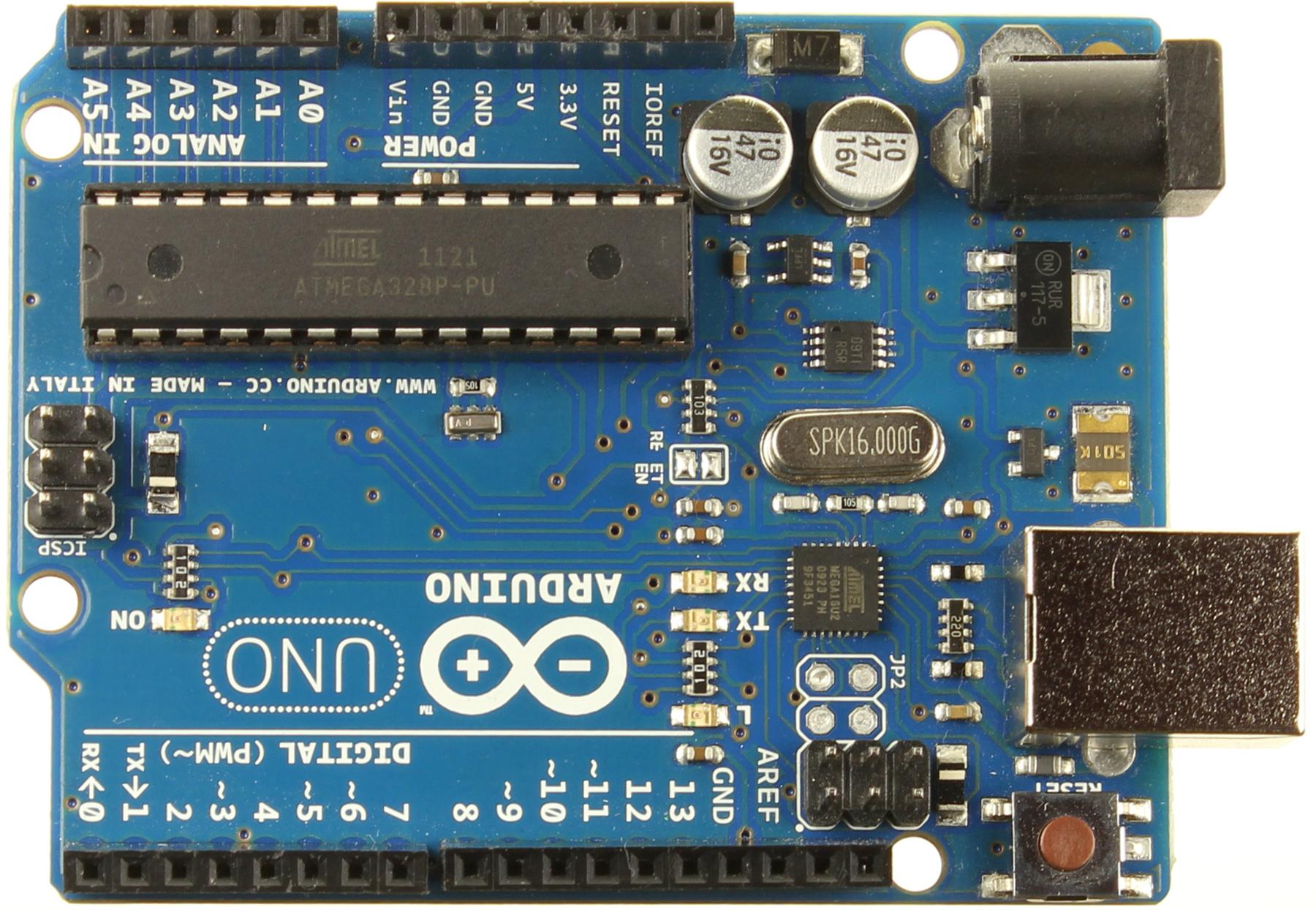 If you look closely, there are also several other ICs on the board. To the right of the ATmega328P is a small 5-pin package; if I'm not mistaken it's an LP2985-33DBVR, which is a low-dropout voltage regulator. On smaller packages like this they often have more cryptic legends printed on them, in this case if you squint at the full-size picture you can make out "LPFL". Fortunately for most Arduino development purposes, knowing the model of these auxiliary ICs is generally not necessary. Just below that, above the crystal (the metal oblong can marked SPK16.000G) is an 8-pin package marked 09TI R5R, which I believe is a LMV358IDGKR dual op-amp.

Another IC of note on this board is the small square 32-pin package below the crystal; this is an ATmega16U2. In the case of the Arduino Uno R3, rather than being the primary microcontroller, this serves as the USB-to-serial converter.

Note that to the right of the crystal is a small three-pin package marked "340"; this is a FDN340P MOSFET. While this model of MOSFET (as with many others) contains an integrated diode across its drain and source and could thus technically be classified as an integrated circuit, most would still consider it a discrete component.

It's funny that you have a picture of one in your profile pic. :) 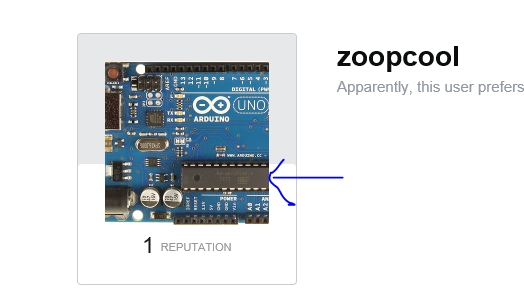 The arrow points to the most obvious integrated circuit or chip in you pic, there is another square one to the left of the TX and RX markings. There are lots of different types of ICs -- most are black and come in different shapes and sizes, different number of legs, but most have some form of writing on the back that Google can use to locate the data sheet, or general help. Have a quick look on Wikipedia for a more authoritative description.

1
Understanding flow of current with pull-up and pull-down circuits
0
Can't get ESP8266 working
2
What are these wires called?
0
What are exactly XTAL1 and XTAL2 pins in Arduino Uno/Nano?
0
Error compiling for board Arduino Uno
0
Burn bootloader finishes with "avrdude done. Thank you." but bootloader didn't actually get flashed
1
Arduino UNO with integrated ESP2866 wifi not working correctly