How can I get my Attiny85 interupt to trigger

I have an ATTiny85 set up to detect a magnet passing over a hall sensor. Every 2 detection's I want it to light up an LED.

I decided to do the code using the arduino IDE and the code is as follows:

I've dry run this a bunch of times and cant see anything wrong with it. I use the digitalWrite on the hall pin to enable the internal pullup. But the circuit just doesnt work.

Here is the circuit: 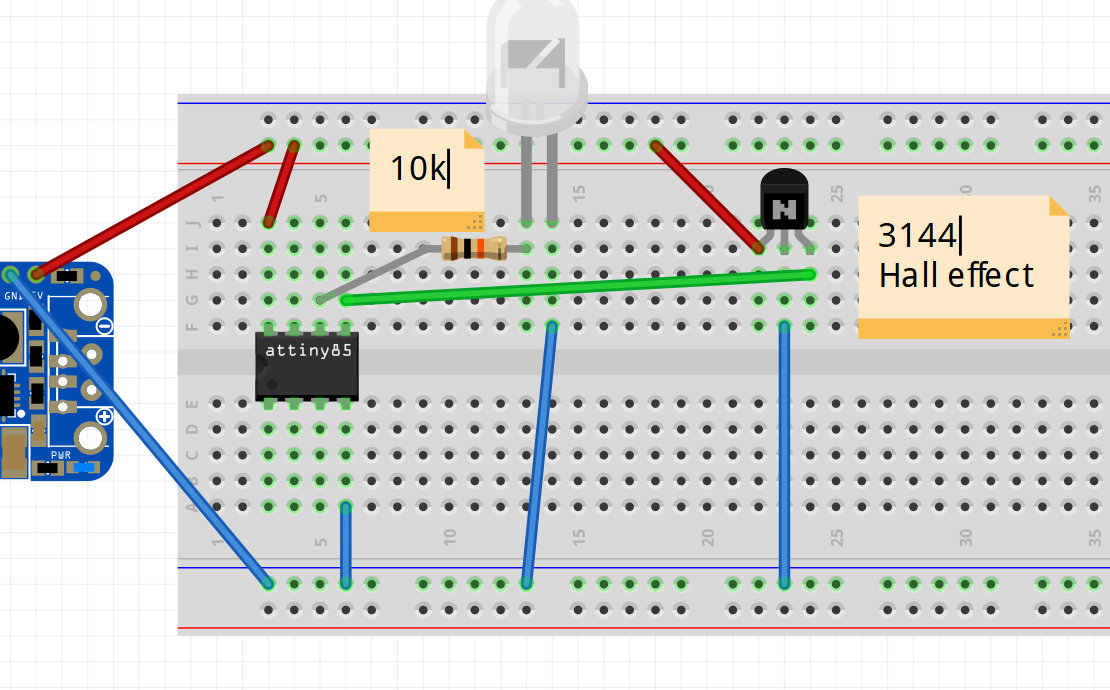 I connected a multi meter to the hall effect sensor on its own just to check if it was working. I added an external pull up using a 10k resistor and it worked as expected 5v when no magnet present and almost 0 volts when a magnet is brought in range.

So my guess is my interrupt routine isnt working in my code, what could I be doing wrong? I've read in the documentation that pin 0 is the correct interrupt pin on the attiny85 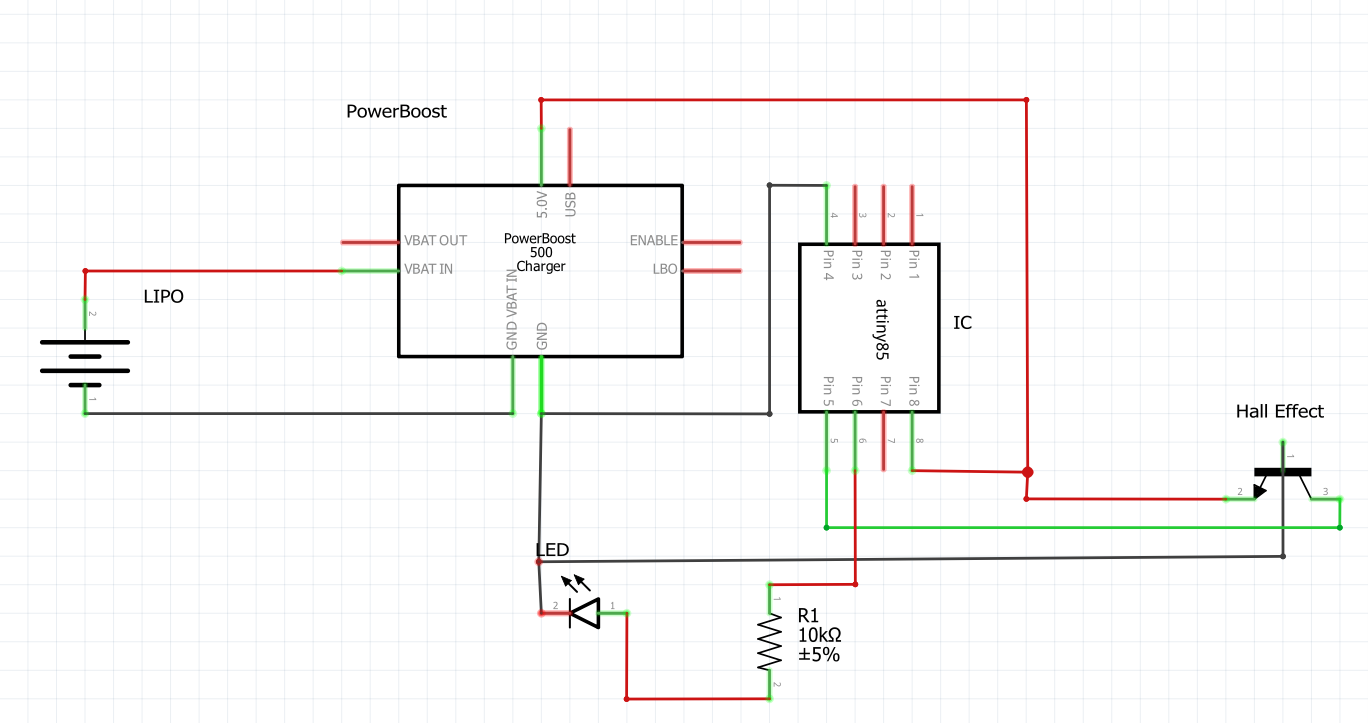 You main problem is that you have wired up your MCU wrong.

As a result your code will not do anything when the hall sensor changes because it is not looking at it.

I would suggest not trying to use the attachInterrupt() abstraction. Instead I would simply enable the external interrupt directly:

And use a proper ISR handler:

4
How to program ATTiny85 running 3.3V
0
How do i properly read an analog pin on attiny85?
3
Using ATtiny85, NRF24L01+, DHT2: can't get data from DHT22
0
Programming an ATtiny85
0
ATTiny85, how to fix overwritten clock pins?
1
How can you speed up the ADC on an ATtiny85?
3
ATtiny85 LM75 I2C
2
ATtiny85 soft-latching, and sensor-waking: Are multiple switches differentiable by pin change interrupt?
0
How can I adapt this code for the ATTiny85?
2
How can i reduce my global variable use? Attiny85