SPI Problem with K-Thermocouple and Potentiometer? 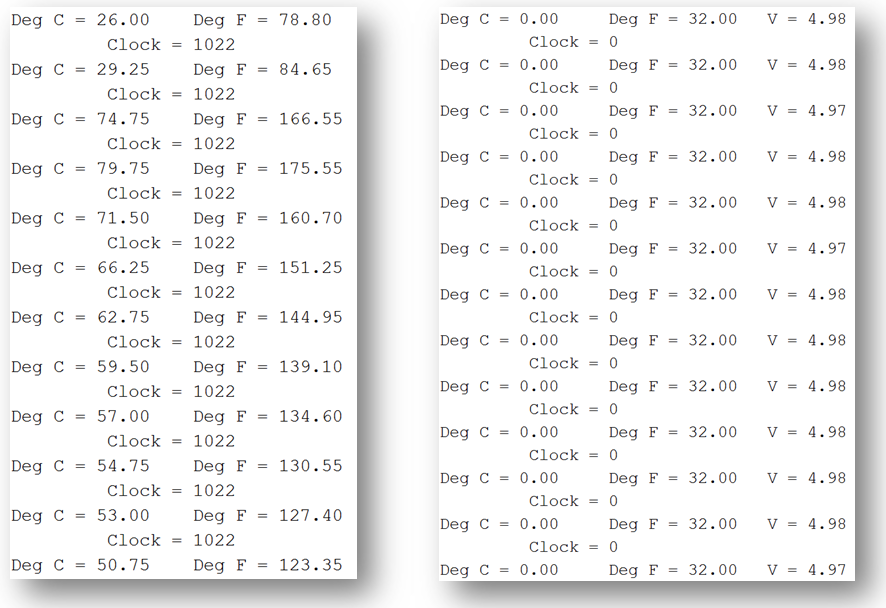 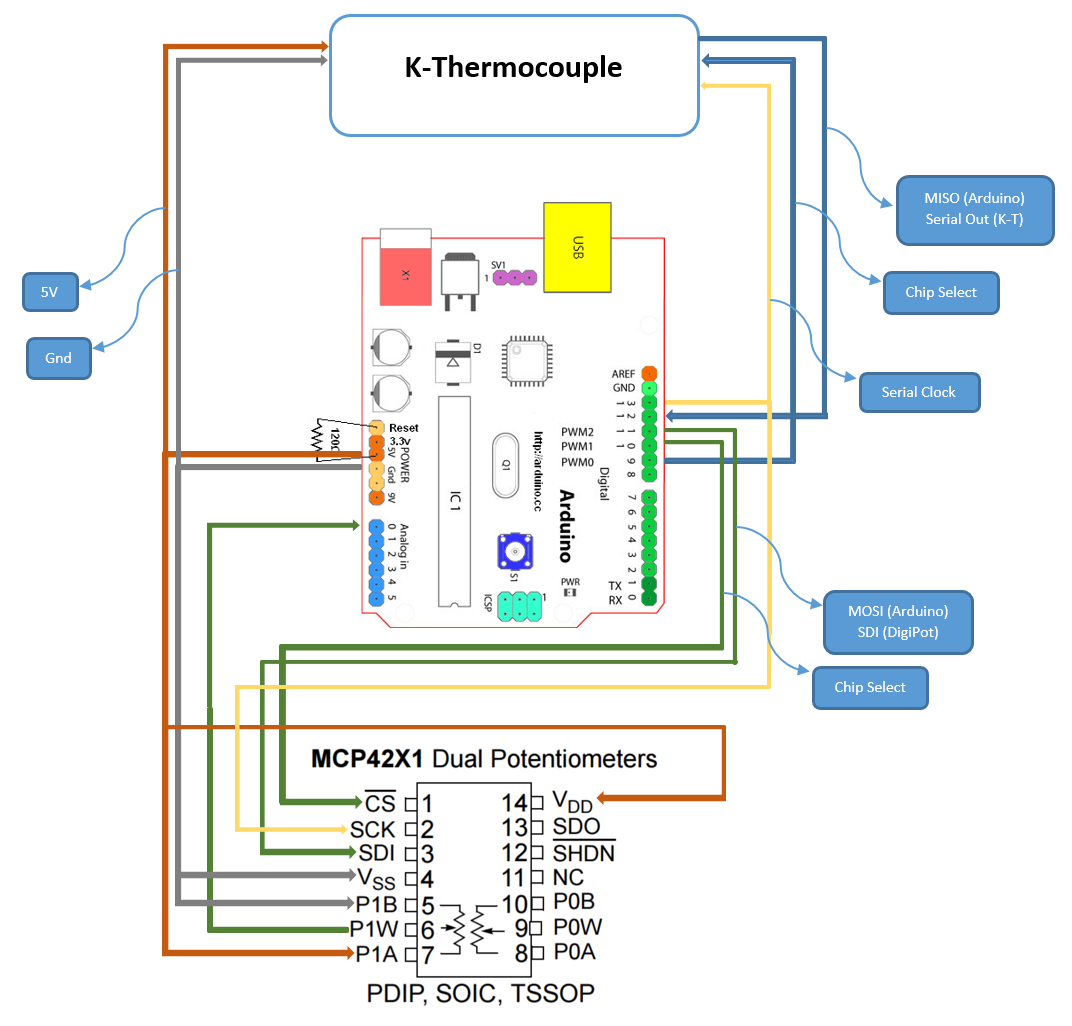 Does anybody know why there is a problem with how the k-thermocouple is operating in junction with the potentiometer? Here is a declarations of my program.

Also, the code I used to test the K-Thermocouple is one that can be found on the internet (with just a little bit of adjustments)...

The wiring diagram, if accurate, shows a couple of problems.

First, A0 has nothing attached to it, so sensorValue may read in as zero or some small random number.

Second, attaching the digital pot's analog output pin 6, P1W, to the Uno's digital input pin 12 is pointless. Instead connect P1W to whatever it is supposed to control. If you want to handle data from the MCP42X1, connect its pin 13, SDO, to an Uno input.

However, neither of those problems appears to be related to misreading the MAX6675 temperature. I don't know of a good approach to solving that problem, but if I were working with the circuit, would remove the wire between P1W and the Uno's digital pin 12, and would use 12 as the input from the MAX6675; that is, would wire it to d12 instead of d8, and instead of int ktcSO = 8 would say const int ktcSO = 12. Also, I'd probably replace the bit of code

with just a closing }. In the Arduino paradigm, loop() runs repeatedly, and the if–else sequence adequately guards each of the digitalPotWrite() calls.

Note, the digitalPotWrite() function should be defined or declared before any calls to it appear. Instead of placing that function at the end, put it before loop() or before setup().

Not the answer you're looking for? Browse other questions tagged arduino-uno spi potentiometer or ask your own question.