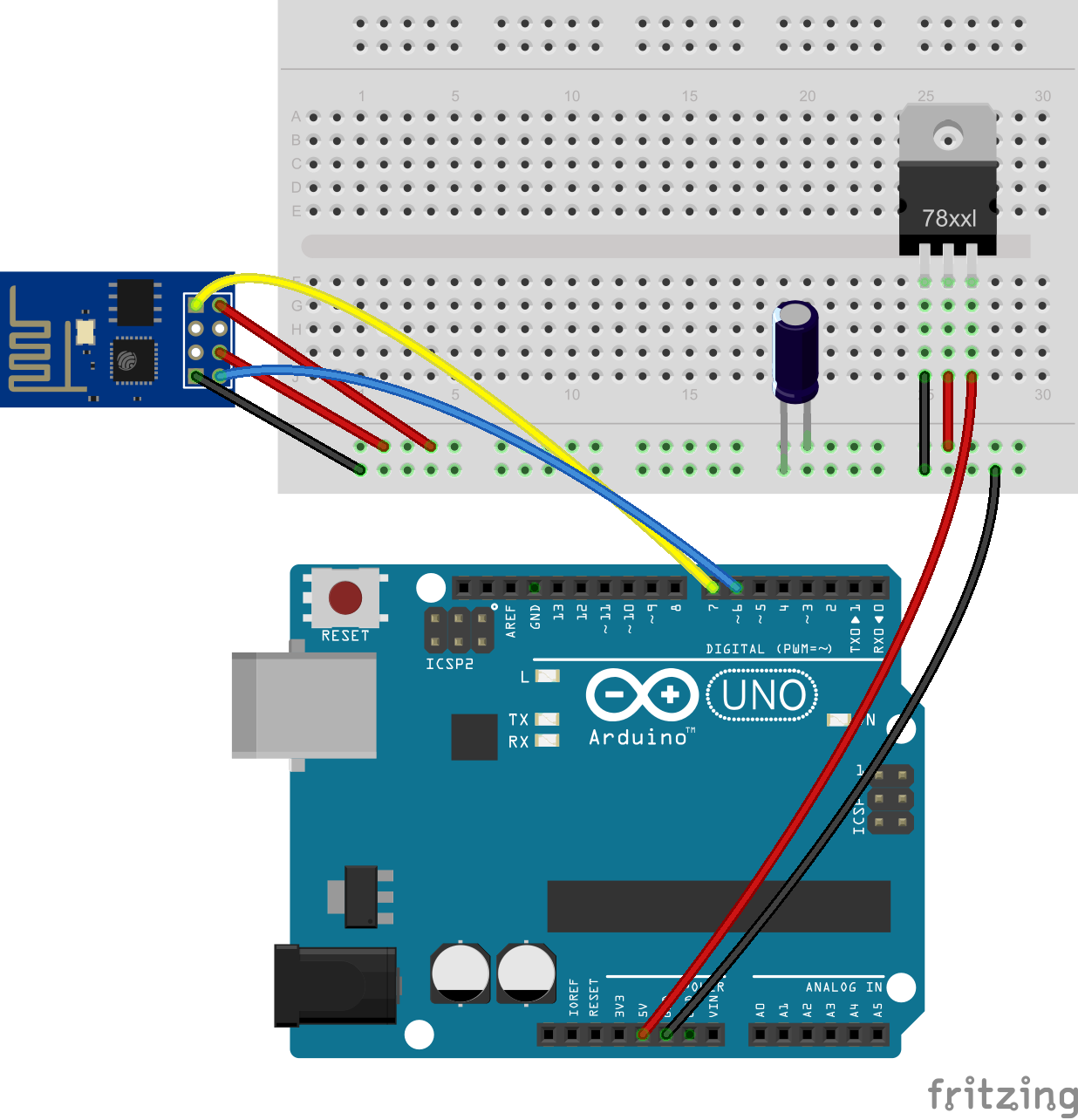 I was thinking of powering my arduino with an external 9 V power source, but I am still trying to figure out the best way to get the right amount of current for the Wi-Fi module. Should I use an external power supply for the ESP8266-01 module that can output about 500mA or amplify the output from the arduino pins using a transistor?

If there is an easier way to do this I am all ears. I will be using Arduino Mega, not uno as shown in the picture.

EDIT: Voltage divider will be used on the RX pin and I might go for a logic level converter instead of the voltage regulator

Should I use an external power supply for the ESP8266-01 module that can output about 500mA or amplify the output from the arduino pins using a transistor?

Either way you're going to need a power supply that can supply the current. A transistor doesn't magically create more current, it merely allows a small current to control the flow of a larger current.

So you will need an external power source that can provide enough current.

I might go for a logic level converter instead of the voltage regulator.

Incorrect. A logic leven converter cannot provide anywhere near enough current to power a device. It can barely provide enough to light an LED.

You are right to want to ditch the voltage regulator though.

As it stands you have a chain of regulators, each one wasting power. At 500mA that's lots of power.

Instead you want to use a switching voltage regulator. These are far more efficient and convert voltage into current rather than voltage into heat. This means that you draw less current from your battery, meaning you can use a battery with a higher internal resistance.

There are plenty of breadboard friendly modules on eBay that can do that, or other small modules you can wire in to your circuit without a breadboard (I myself sell one on eBay that I designed).

1
ESP8266 + Arduino Uno: Can't send AT Commands
3
WiFi module ESP8266 + Arduino Uno
2
When it says the Uno has logic level at 5 V is that also true of a bareduino/breadboard Arduino?
1
ESP8266 (connected to Arduino) only works when plugged into USB power
0
Esp 8266 doesn't reply to AT commands
1
ESP8266 does not respond after changing baud rate to 9600
1
Using an ESP8266 with an Arduino Uno - can't get AT command to work
0
Attiny85 route vcc though output pin
0
Power Arduino Mega ESP85266
0
Handling arduino output current