Yesterday I received by 23LC1024 SRAM with 1 Mbit memory.

I tried to search for some libraries and ways how to connect it.

So I searched around on internet first for the connections and saw some different ways of doing it, especially regarding the pullup resistors.

E.g. in Example1 two resistors are mentioned for pin 3 and 7. In Example 2 only one resistor is used. In YouTube example 3 three resistors and a capacitor is used. See around 5:25.

Btw, I got it working with the 2 resistor solution but just wondering if example 1 is good enough or example 3 is better.

It's better to use external pull-up resistor at least on CS. It's because MCU pins are configured as INPUTs without pull-ups just after the startup/restart before it gets into the setup().

Edit: First two examples are supposed to be on bread board. So it's not so hard just rewire it, if you have to use for example /HOLD too. However the third example is soldered on prototype board and therfore it's not so easy to rewire it. That's why NU and /HOLD inputs are connected to the Vcc through 10k resistor. If you have to use /HOLD in the future, it's easier to just solder new connection, than rewire hardwired connection to the Vcc.

About decoupling caps - there are even sockets with builtin cap: 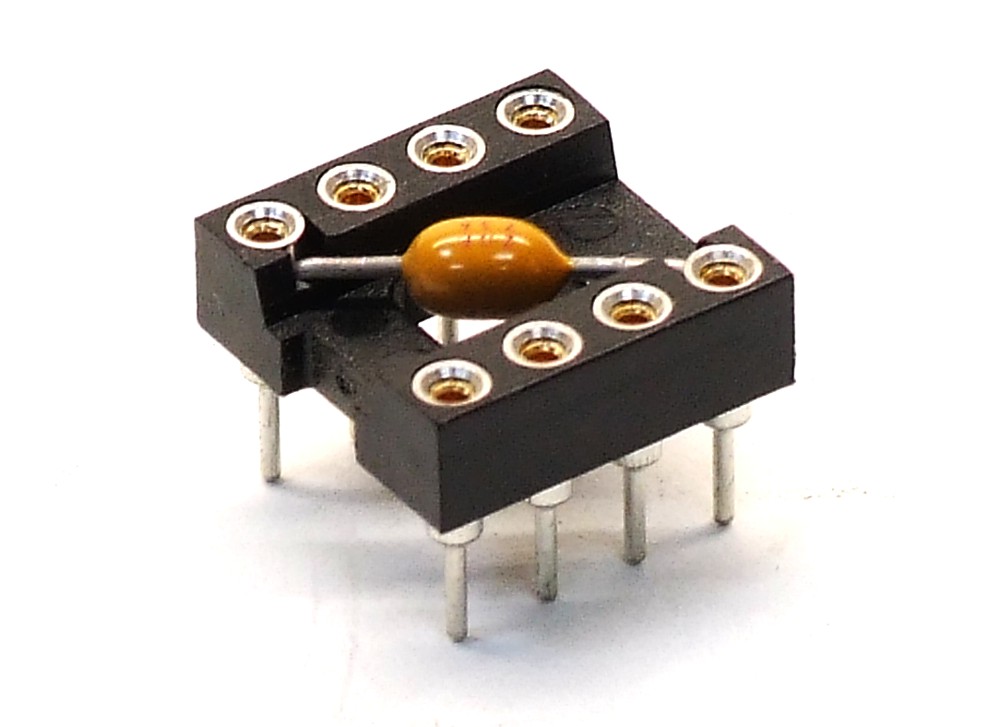 Not the answer you're looking for? Browse other questions tagged arduino-uno resistor sram capacitors or ask your own question.

1
Is there any way to check with Arduino UNO if a sensor is connected and ready to be read?
2
Which library to use for 23LC1024 SRAM 1 Mbit
3
Is the DigitalWriteFast library still needed?
1
ESP8266, prints ready at start but no response to AT command
0
Unplanned behavior with two power sources
2
measure +3V and -3V through resistor divider and switch on/off by digital pins
0
How do I know if I need to use a resistor in a circuit?