Serial1 is not reading the Xbee on a Arduino Due

I am trying to test simple communication between a Xbee on my Arduino Due and a Xbee linked to XTCU. I attached jumper wires from RX and TX to RX1 and TX1 (Serial 1 hardware port) but I cannot send or receive data between the Xbees. I tested the Xbees previously with an Arduino Zero talking to the XTCU and it worked flawlessly.

Extra information: I am using a Xbee Shield on my Arduino Due (as shown in the picture)

My wiring is attached. What am I doing wrong? 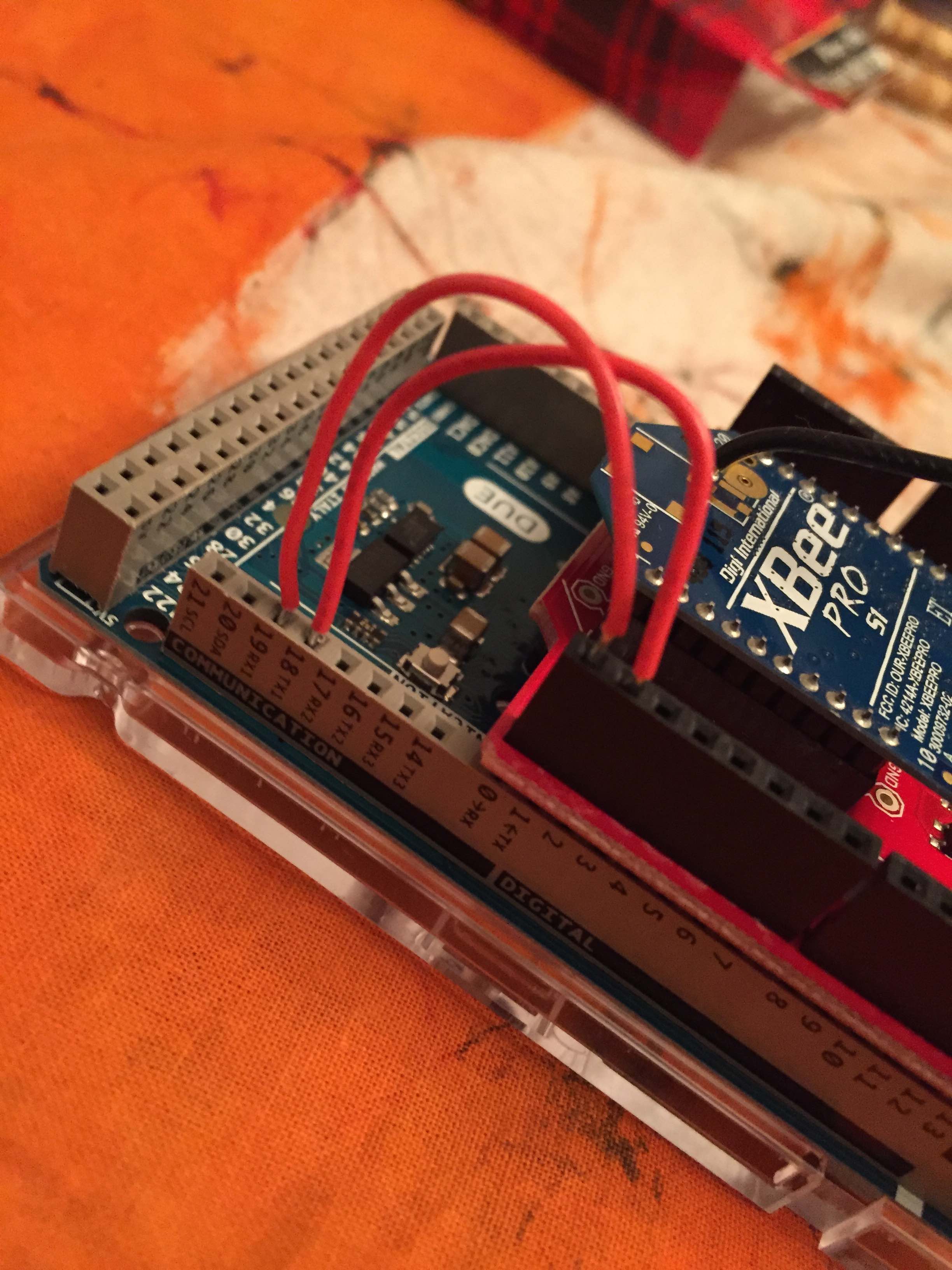 I fixed my problem. I stupidly left the Xbee Shield on DLINE instead of UART. Now there is communication between the radio modules. I have another question. When I type a character into XTCU, it "receives" the exact character from the Arduino Due. I have used this basic code with other Arduinos before and this has never happened.

I attached an example. 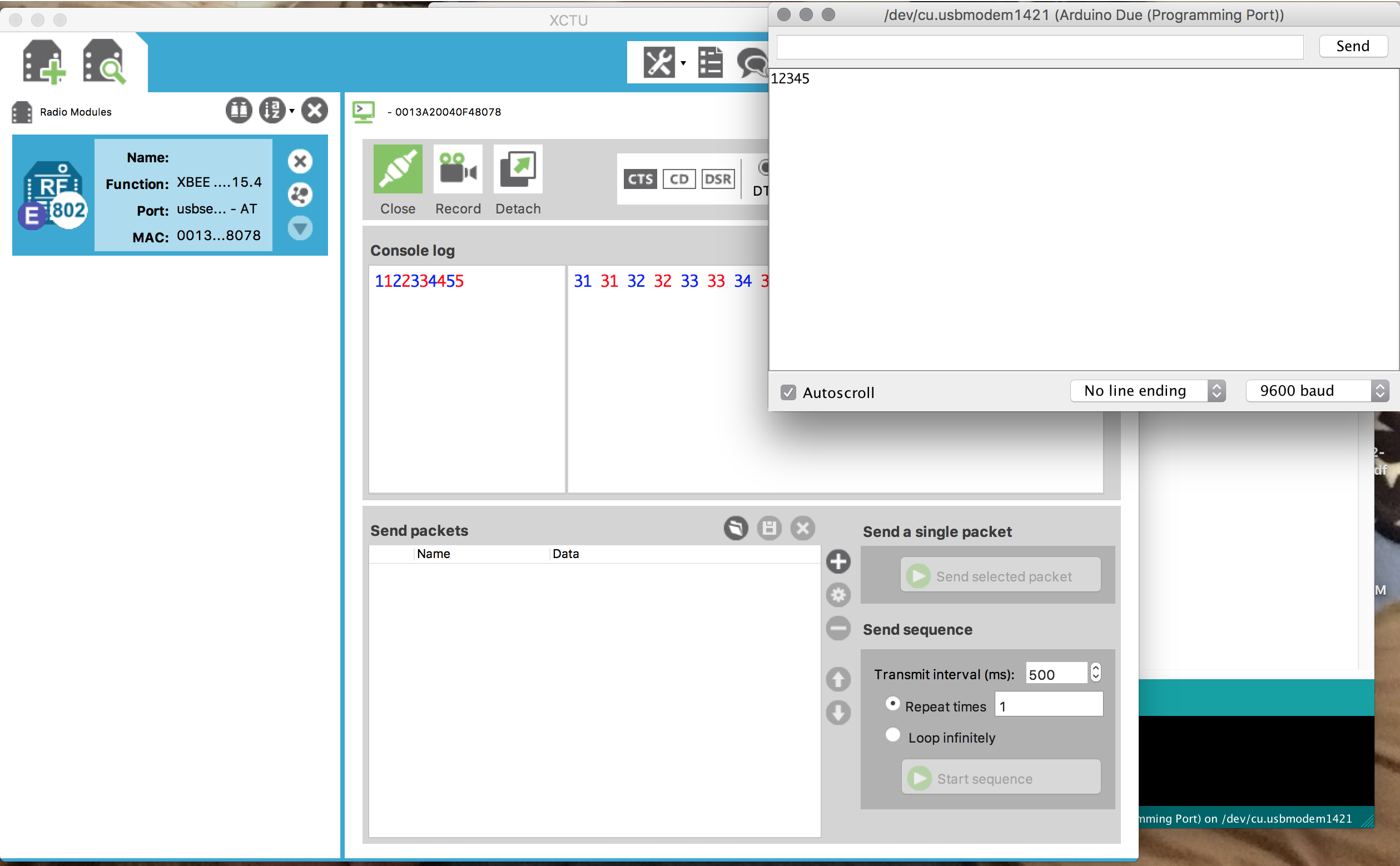 Has there been any update on this problem? Your post has been incredibly helpful as I've been looking for ways to use a Due and an Xbee (specifically with the Sparkfun Xbee shield).

I haven't been able to solve this entirely, but I've noticed a few things; First of all if you delete the second Serial.available, it does not change the functionality of the code at all, still works the same way. I believe this has to do with the hardware Tx and Rx pins on the Due.

What seems to be happening is that if you use XCTU to send information to the Due, XCTU sends the data out, in which the Due receives it. Then it bounces back and seemingly resends it from the Due to XCTU again, without displaying in the serial monitor. I'm probably wrong in my observations but very curious if there's an answer to this. Hope to hear back from someone soon. Thanks!

Upon thinking about it, I figured out a work around. As stated in one of the comments earlier, you still have the shield's Rx and Tx pins connected to the Due. This is what's giving you double values on XCTU. The Due receives the input from XCTU and immediately sends it back out to XCTU. A simple fix is bending the Rx and Tx pins out slightly so they are not connected to the Due but all of the other pins remain in place. I hope this ends up being helpful!

Not the answer you're looking for? Browse other questions tagged arduino-due communication xbee uart or ask your own question.

0
Arduino and XBee Series1
2
XBee on Arduino Fio - how to read the status of a local digital XBee output pin?
1
Xbee for Arduino Uno
0
Arduino Due Port Not Found
4
Using Arduino and XBee at the same time
0
XBee not connecting
0
Reading multiple pins via registers on the Arduino Due