The mpu gives me perfectly fine values for the yaw, pitch, and roll position of the chip, but when I use mpu.getRotation(&gx, &gy, &gz) to obtain the current angular velocity of the chip, the values returned are awful. I wrote a program in Processing to graph the data from my Arduino, and this is what it looks like: 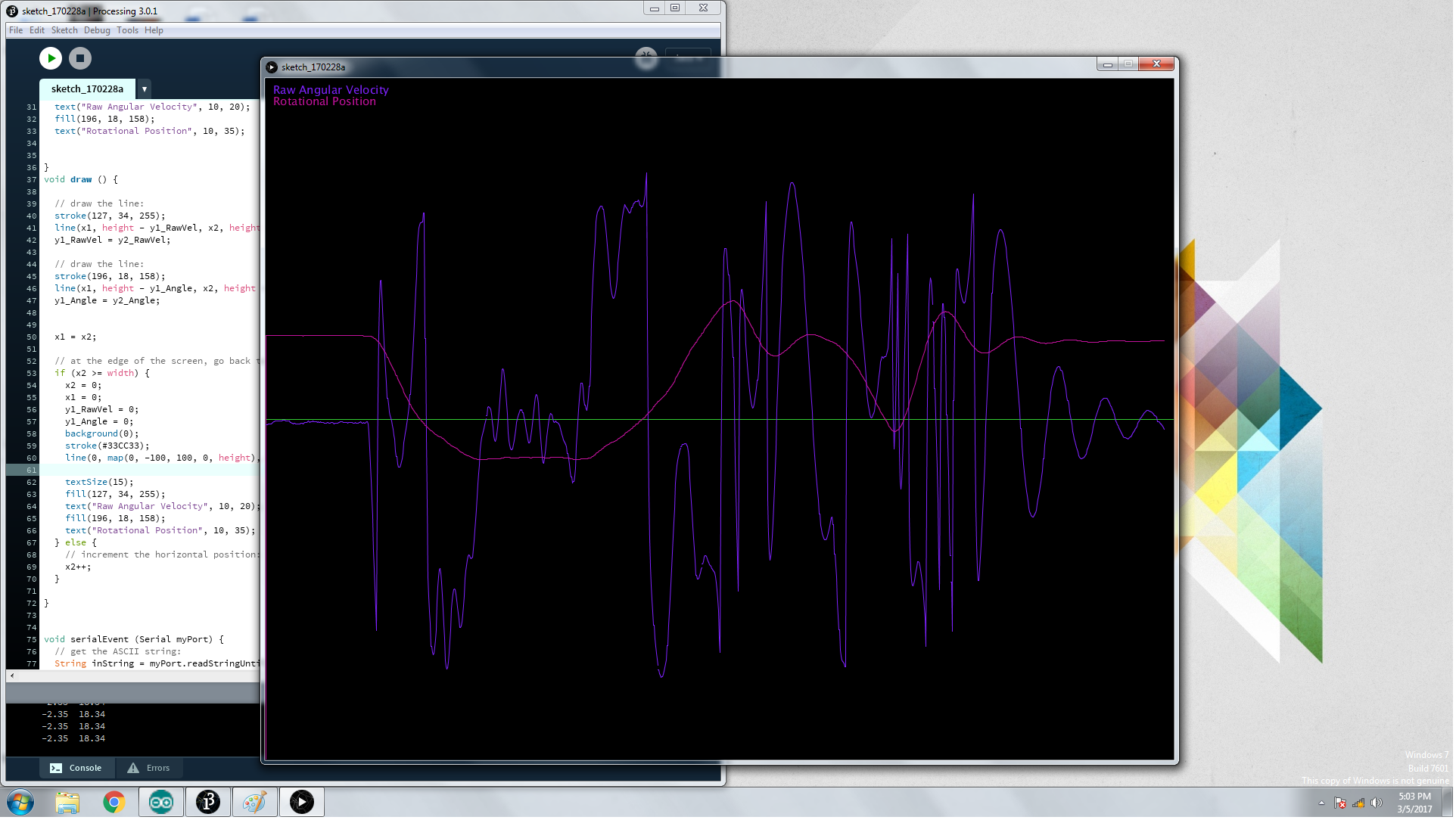 A few extra things to note:

As you can see, the measurements for angular velocity (Blue) make almost no sense when graphed next to the angular position (Pink).

My question is this: What can I do to clean-up/filter these angular velocities and get rid of all the errors? I need these values to be accurate enough to be used in something like a drone PID.

Things I have tried:

Thanks for any suggestions.

At last! I have discovered the solution.

The problem was that when I converted these values to a readable angular velocity (and complementarily filtered) using rollRate = (0.7*rollRate) + (0.3*(-180 * gx / 131 / M_PI)); , the gx value was multiplied by -180 in part of the calculation. This means that if gx was high enough initially, it would have rolled over to -32786 and ruined the whole calculation, causing the horrible spikes in the graph.

At the same time I discovered this problem, I also realized that converting from radians to degrees was unnecessary, as the gyro output was already in units of degrees (just scaled by a sensitivity factor). After that big face-palm, I revised my rate formula to the following: rollRate = (0.7 * rollRate) + (-0.3 * gx / 16.4);. You will notice the scale factor has changed from 131 to 16.4. That is because the gyro range is actually +/-2000 deg/s by default, not 250 deg/s. I tried to change it back to +/-250 with mpu.setFullScaleGyroRange(MPU6050_GYRO_FS_250);, but after examining the graph, it appeares that mpu.dmpGetYawPitchRoll(ypr, &q, &gravity); does not account for this setting change, and resulted in the ypr overshooting and then leveling out to its correct value after a delay. I decided not to mess around with the quaternion container, q, and just accepted the lower sensitivity. 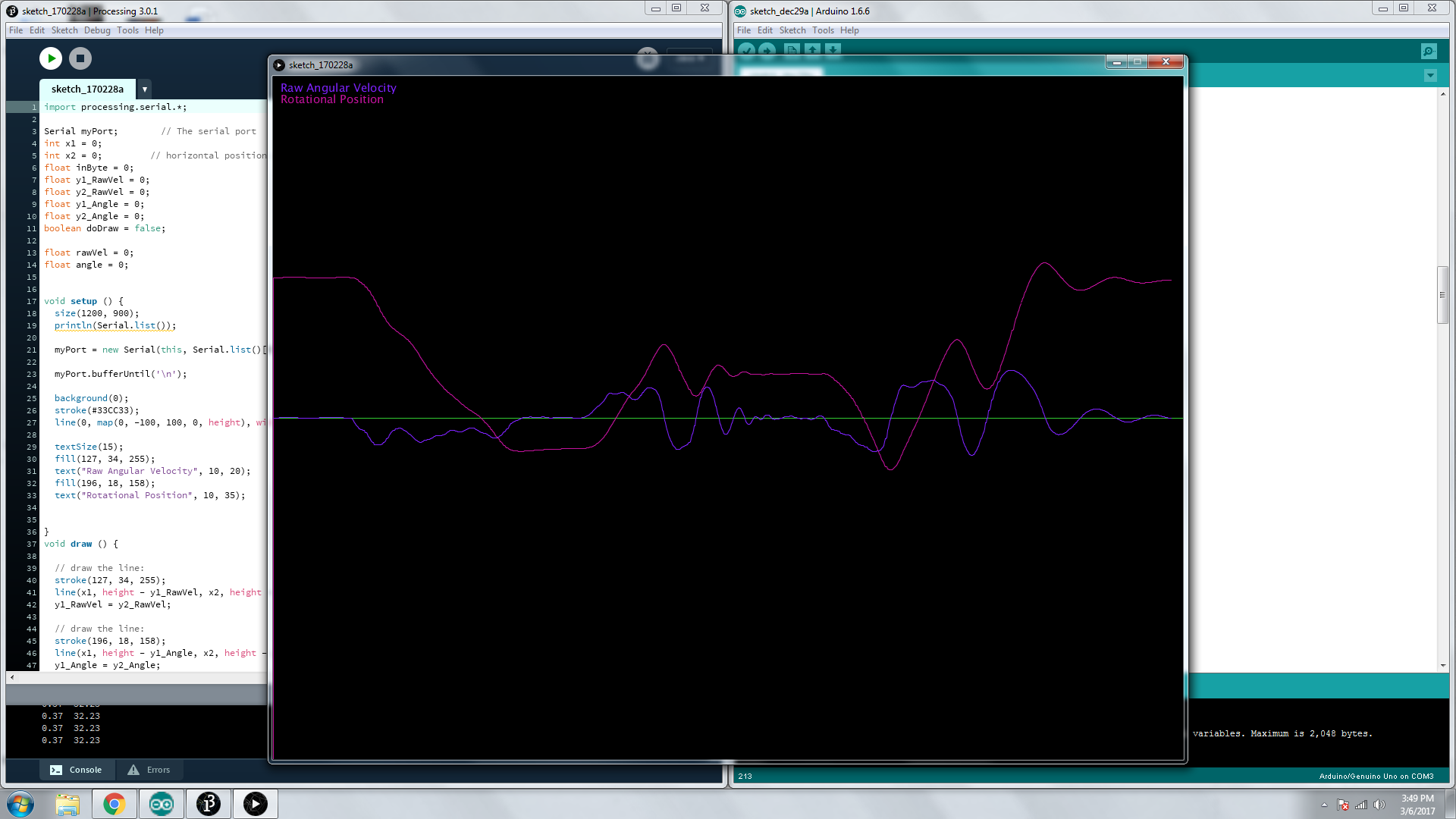 3
How can an Arduino-Quadcopter be stabilized?

1
Understanding values from an MPU6050
2
Help with MPU-6050
0
Serial not displaying sketch for MPU6050
1
MPU6050: Setting Gyro Output Range Throws of Positional Reading
1
MPU6050/DMP Intermittent bad data output?
1
Why is my MPU6050 DMP failing to initialize but I can still get raw accel values from MPU6050
1
NodeMCU V3 and MPU6050 strange values
1
Gyro reading of MPU6050 drifts too much on fast changes only